Robocobra Quartet have been blazing a trail over the past few years. For artists, comparisons to admired figures can trepidate more than they motivate. Once a revered name is uttered and invoked in connection with an upcoming band, it becomes ineradicable from press releases, rehashed by gig promoters over social media, and used as an easy point of reference for journos and DJs with the luxury of only a few minutes’ research ahead of features.

Your writer has the unfortunate honour of laying this burden on Belfast outfit Robocobra Quartet. While not, in fact, a quartet, but an assembly of musicians available on a given night, this constant shifting of sonic tectonics merely adds to the band’s unpredictability: a jarring and exciting racket that spurred a passing reference in a UK publication a number of years backto“Fugazi meets Charles Mingus”.

Now a second album, ‘Plays Hard to Get’ is due on vinyl and digital formats in May, and as we get settled into a chat, the well-mannered and appealingly chipper Chris Ryan, speechifying drummer and bandleader, relates, with a wry smile, how this designation followed them as far as college radio in the United States while on tour there.

But while it is exceptionally hard not to draw comparisons to sonic trailblazers past while pondering the angular, aggro jazz of Robocobra, the same seeming fluidity that applies to their musical broadsides extended across the range of the creative and production processes of their upcoming full-length. “There was definitely a much more blurred line between writing and recording on this one. Any time you commit something to recording, it always comes out a little different from imagined. In producing it, I wanted to respond to those changes and improvise just as much in the mixing and editing as in the actual performing. When you leave things malleable, it allows for the musicians to respond strongly and take ownership of their performances”.

Material that’s aired in the run-up to the new record’s release has seen the band extend its range and explore the weird Venn diagram of sounds and textures available to them, especially in terms of jazz instrumentation and arrangement. 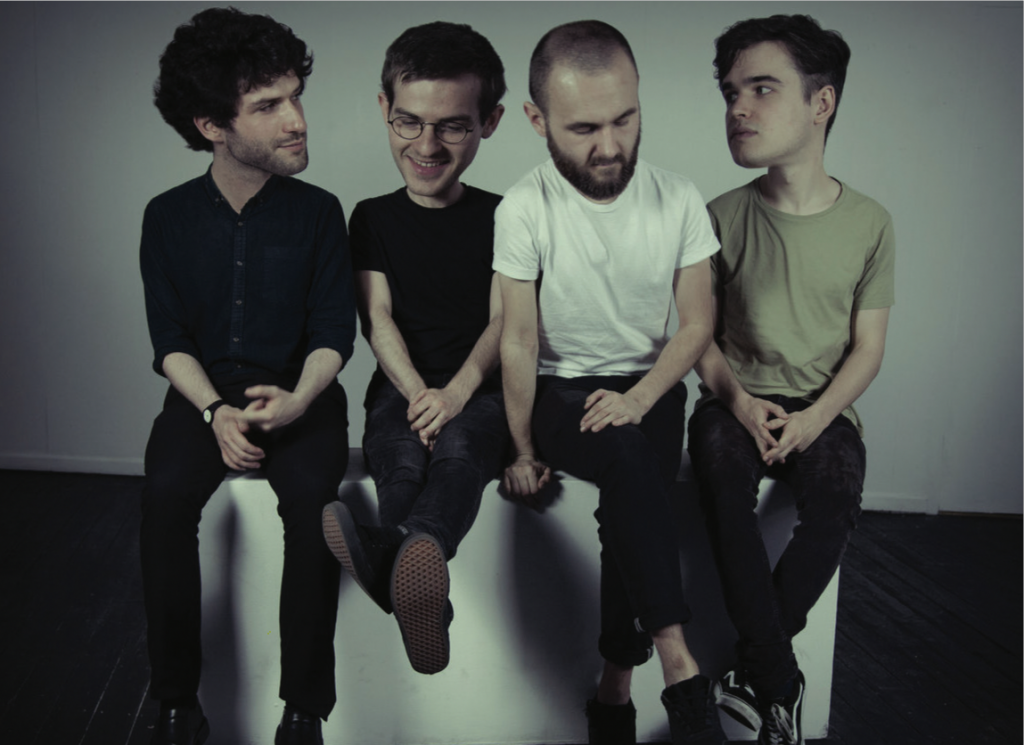 “That’s interesting, I think the album is just much more extreme in all directions. It has some of the most gentle performances we’ve done but also some of the most dissonant violent noises we’ve ever made. Just a wider emotional-dynamic-range I guess”.

Themes of alienation and trepidation are holdovers from the band’s first record, the embracingly-monikered ‘Music for All Occasions’, however modernity – in all its pettiness, distance and squalor are filtered through Ryan’s personality, experiences and spat-out verbiage throughout.

While social commentary is no doubt at the heart of Robocobra Quartet’s music, the vitriol with which themes and concepts are thrown at the listener come from that certain place.

“I find that I tend to get the most negative or dismal parts of my personality out through the lyrics, which kind of ‘cleanses’ me for real-life interactions, where I tend to be generally happy and polite. It’s hard to think about how something looks or feels when you’re in it, and even though the album is mastered and off to the vinyl plant, I still feel very much ‘in it’. Ask me again in about a year and maybe I’ll have a more eloquent response!”.

With ‘Music for All Occasions’ now firmly in the rearview mirror for Ryan and associates, the conversation turns briefly to how he feels about the album now that he’s had some time to live with the finished product. Staying true to form and reflecting the band’s forward-looking nature, however, Ryan is eager to relate his experience in creating it to the grand vision he has for the new platter.

“We definitely did that one a lot quicker than this record. There’s more of a simplicity to ‘Music For All Occasions’, but this album is much more layered. Some of my favourite albums offer you new things to hear with each listen, even after years. There’s a lot of the orchestration on this album that is somewhat buried, or momentary, to offer that kind of effect. There are drum machines, and string sections, and voices all over the place that are only really audible on headphones. Jeez… some mix engineer, eh?”. He laughs.

The state of independent, experimental and otherwise ‘difficult’ music all over the island is one of rude health, across the genre spectrum. Hailing from a vital and busy Belfast scene that has carved a new identity for itself in recent years with precision post-punk and fearless experimentation, Ryan has a more nuanced take on the current upswing in noises and the people making them.

“There are people doing beautiful things of their own volition all over the place, at all times. It’s usually the work of individuals with a will to make cool things, so I think it’s better to prop up those individuals, than thank the collective consciousness, which I think doesn’t really exist. Everything is in waves though, and I think even when things look terrible there are still people out there working hard and expressing themselves”. Off the back of the release of the new record, the band is touring the mainland UK and the continent throughout the summer, building on a live reputation that sees them neatly skewer the live demographics between the regular gig-going scene for noisy rock and the fringes of jazz-festival infrastructure.

Balancing, as often, on the line between sincerity and irony, Ryan is quite specific about his thoughts heading into the fray. “There’s a really pretty petrol station in the north of England called Tebay Services on the M6 that is a little like paradise. That will be nice, especially in June which is when we’re on the UK leg. There are also a few promoters that we’ve worked with a few times before so it will be nice to say hello again and see how they’ve grown and changed. We’re just dipping our toes into mainland Europe at the moment, but I’m told there’s more stuff coming up towards the end of the year which should be nice. They seem to pay us a lot of money in Europe and are extremely attentive audience members, so hoping for more of that”.

Robocobra Quartet’s new album, ‘Plays Hard to Get’, is available for preorder now from robocobraquartet.bandcamp.com in vinyl and digital formats. New single ‘You’ll Wade’ is available for streaming and download now. The band plays the Workman’s Club in Dublin on July 13, with more Irish dates to be announced.