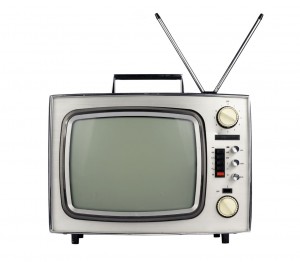 In Ireland’s crisis the beleaguered, state-subsidised broadcaster needs to be more than just a window or mirror

RTÉ appears, despite its mauling over Tweetgate and the ‘Prime Time Investigates’ libel of Fr Kevin Reynolds, to be both successfully navigating the choppy waters of the multi-platform age and continuing to boast consistently high levels of public trust and viewership figures. You might therefore expect the Irish public to have a little more affection for its public broadcaster than it appears to. Alas, we in Ireland don’t do pride in our national institutions, and in the case of RTÉ, bashing it is something of a national sport.

It is hardly a surprise, then, to see that the first salvo of RTÉ’s programming as part of its ‘TV50’ commemorations has played it safe, encouraging us to bask in the warm glow of half-remembered Bosco clips rather than prompting us to look ahead to a deeply uncertain future. Those of us looking for more than what one senior RTÉ figure described as a “comforting slice of nostalgia” will have to wait a little longer.

RTÉ Director General Noel Curran’s thoughtful speech in DCU on the future of public service media and a recent circular to RTÉ staff demonstrate a certain humility in the face of mistakes and an awareness of the multitude of threats facing RTÉ. These include the present financial squeeze on the organisation; the incessant lobbying of private media organisations who wish to marginalise RTÉ’s remit (and who see its very existence as anachronistic and an unacceptable distortion of the free market); not to mention the technical challenges surrounding the impending analogue switch-off and the cultural shift towards non-linear on-demand programming.

Curran has been correct to identify these very real challenges. Yet, our deliberations on the future of public service media should go beyond online platforms and on-demand services, mobile applications and set-top boxes. Questions of financial efficiency, technical and managerial competence and regulatory box-ticking must be supplemented by broader ones, not least concerning what is perhaps RTÉ’s greatest challenge of all: how to serve a traumatised nation that no longer knows who it is or what to believe.

Quite apart from the profound crisis engulfing Western capitalism, we should recognise the general crisis of authority in an age when the dominance of the Catholic Church over minds and souls has been shattered in such traumatic fashion, as well as the steady ebbing away of legitimacy from all levels of the political system.

This is critical because RTÉ never was just another semi-state utility. It deals not with water, gas or electricity but with the stuff that democracy is made of: debate, ideas, questions, answers. In this age when the public sphere is under threat and unfashionable, defenders of democracy must re-engage with RTÉ and begin exploring the big questions about what role we want it to have in post-Catholic, post-Celtic Tiger, crisis-ridden Ireland.

Towards a new model of public service media

If the case for public service media is to be renewed, it surely must ask, among other questions:

• Can or should ideas like ‘national identity’ and the ‘public interest’ be neatly defined? If not, how should they be teased out?

• In a world where the old certainties have crumbled, and expert knowledge of many kinds has repeatedly failed us, do some professions and groups still have a privileged position to define our problems and propose solutions?

• Are journalistic imperatives like ‘objectivity’ and ‘impartiality’ possible or desirable in a complex world where just about every ‘truth’ is contestable?

• Is RTÉ’s increasing reliance on commercial revenue compromising its relationship to its public, tying its continued financial viability to demand for mass-produced consumer goods and thus aligning it to the economic status quo?

It is tempting for public broadcasters to equate the ‘public interest’ simply with what ‘interests the public’. Yet, armed with even a moderately critical attitude towards this view, we might begin to see various examples of programming in a new light.

For example, is the celebration of cut-throat entrepreneurialism in imported formats like ‘Dragon’s Den’ merely a bit of fun, ‘giving the public what they want’? Or does it, and programmes epitomised by 2007’s ‘Ireland’s Top Earners’ which heroised the “exceptional commercial acumen” of Seán Quinn and others like Denis O’Brien and Liam Carroll, in fact openly valorise inequality, equate wealth-accumulation with virtue and encourage us to see others in purely instrumental terms?

Similarly, we might ask whether the flag-waving, jubilant wall-to-wall coverage of the Barack Obama and Queen Elizabeth II visits really brought the nation together in a rare, much-needed and joyous shared celebration of its past and future? Or did they encourage us to adopt an uncritical attitude towards institutionalised power, fabricating a false consensus, an enforced ‘maturity’ and a superficial nationalism? These are questions worth asking.

There is cause for hope. Apart altogether from Tweetgate and the Reynolds débacle, some might criticise programmes like ‘The Frontline’, ‘Liveline’ and ‘Primetime’ for their hard-nosed capitalist realism and failure to recognise the totems of neoliberal economics as contingent policy choices rather than eternal truths. Yet, RTÉ’s instinct in these programmes and others is to engage itself with the people and problems of the country rather than turn away from them. It is worth pointing out that it does this far better than the BBC does, and with a fraction of the resources. For example, through the brave work of RTÉ journalists like the recently deceased Mary Raftery, the nation was forced to confront a variety of dark and traumatic chapters of its recent past, doing us all a profound service.

This high level of engagement with its own society should be praised and supported: it is simply the terms of that engagement which must be renegotiated if public service broadcasting is to be renewed.

A compass pointing to a better future

Public-service media must survive simply because the private sector, chained to the profit motive as their ultimate operating logic, cannot be relied on to foster a pluralistic, vibrant public sphere. The UK’s phone-hacking scandal is merely a symptom. The broader underlying problem is, as Mark Fisher argues in his 2009 book Capitalist Realism: Is There No Alternative?, the dominance of the “peculiar logic of neoliberalism”, which tells us that treating people as if they were intelligent is in fact ‘elitist’ whereas treating them as if they are stupid is ‘democratic’. This is the Murdoch doctrine – and it sees the race to the bottom as a noble, even egalitarian crusade.

Fisher reminds us of the debased definition of free, equal and democratic that underpins this doctrine. He suggests that whilst the ‘choice’ offered by neoliberalism merely traps us in ourselves, allowing us to select among ‘minimally different versions of what we have already chosen’, the best kind of paternalism ‘wagers on a different ‘you’, a you that does not yet exist’.

The Reithian paternalism and elitism of the old BBC is gone and while we should neither mourn its passing nor seek to recreate it here, there is something to be said for public-service media imagined as something akin to a ‘gift’- after all, as Fisher wonders, aren’t the best gifts the ones that we wouldn’t have chosen for ourselves simply because we wouldn’t have thought of them?

A new democratic paternalism envisions public service media not as a vehicle of elitism or arbiter of taste, but as a means of our emancipation from unquestioned received wisdom and from the myths and prejudices that limit our thought, taking us beyond the limits of our selves. Ireland, a land not short of officially-sanctioned fairy tales, could do with some emancipation. RTÉ could play a more crucial supporting role to Irish democracy as a result.

In this interregnum following the shattering of the unquestioned hegemony of the old order of church, state and neoliberal capitalism, a revitalised model of public service media should act not simply as a window on the world or mirror on its society but additionally as a kind of compass, which, by giving full voice to the contradictions and foibles as well as the beauty and ordinary heroism of Ireland and its diverse peoples, may yet lead us towards a better future.

Mark Cullinane is a PhD Student in Social Science in University College Cork, and an IRCHSS Government of Ireland Scholar