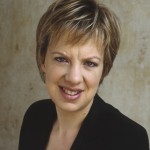 The fundamental problem is the 1983 amendment  has not stopped over 150,000 women travelling to England for abortions – Senator Ivana Bacik

In the aftermath of Savita Halappanavar’s tragic death in Galway University Hospital last November, the government took the long overdue decision to legislate for the X case and provide for the circumstances in which abortion may be carried out to save women’s lives. This legislation will also implement the European Court of Human Rights judgment against Ireland in the  2010 ABC case, in which a woman denied a potentially life-saving abortion in Ireland successfully argued that the unavailability of access to lawful abortion breached her rights under the European Convention.

The report of the government-appointed expert group on abortion law, published last November, formed the basis for extensive hearings on abortion held by the Oireachtas Health Committee in early January. The overwhelming majority of doctors and psychiatrists who testified agreed that legislation is essential, in accordance with the X case, to give women access to life-saving abortions. Compelling evidence was given, in particular by the Master of the National Maternity Hospital, who spoke of the chilling effect that current abortion law has on the practice of obstetricians. Notably, they face prosecution under 1861 legislation for carrying out abortion. Any new legislation must repeal or amend the criminal law on abortion to clarify the situation for doctors.

We should be able to legislate for abortion where a pregnancy poses a risk to a woman’s health or where a woman has been raped or is a victim of incest, or in case of fatal foetal abnormalities

It was extremely frustrating to hear the testimony of the male religious leaders – particularly the Catholic representatives – who in their evidence before the hearings simply refused to accept that abortion should ever be legal, even to save the life of a raped and suicidal child like the young girl in the 1992 X case. It was extraordinary to hear religious representatives at the hearings speaking about “compassion”, when they seem to have no feeling at all for girls in that appalling situation, or for the many women who have been forced to travel to England to terminate pregnancies involving fatal foetal abnormalities, because doctors are forbidden from carrying out abortions here, even where there is no chance of a baby being born alive.

It was very welcome that the independent legal experts who gave evidence before the Health Committee hearings all agreed it would be possible within the current terms of our Constitution to include provision in legislation to allow for terminations of pregnancy where the foetus would not be capable of surviving outside the womb.

It shouldn’t have needed the tragic death of Savita Halappanavar to bring home to us how important this legislation is for the lives of women and girls. But it is a pity that the legislation could not also cover other situations – like cases of fatal foetal abnormalities. Many others who testified before the Oireachtas hearings also suggested that we should be able to legislate for abortion where a pregnancy poses a risk to a woman’s health or where a woman has been raped or is a victim of incest. Public opinion polls show that a majority of Irish people believe women should have access to legal abortion in those circumstances at least. However, legislation on those grounds would not be possible within the terms of the 1983 constitutional amendment which gives the ‘unborn’ an equal right to life with that of the pregnant woman.

The 1983 amendment will have to be repealed, because, with its deeply flawed wording, it has created the legal quagmire of our current abortion law. It has prevented us from passing rational and reasonable laws on abortion like almost every other European country. Despite its sanctimonious words about the “right to life of the unborn”, it has not stopped over 150,000 women from travelling to England for abortion over the last thirty years.

The Expert Group report sets out a clear blueprint for the legislation. It suggests that two doctors of relevant specialities should be required to verify “real and substantial risk to life” arising from a woman’s physical condition or from risk of suicide (as in the X case). It emphasises the need to ensure that an effective and accessible procedure is put in place to enable women to have life-saving abortions here, in line with the European Court of Human Rights judgment against Ireland in the ABC case.

We can expect to see the Heads of a Bill some time in April. If the procedure provided for in the draft Bill is unduly cumbersome, for example by requiring an excessive number of doctors to verify risk to life in each case, then the legislation would not be in compliance with the ABC judgment. Similarly, a right of appeal for any woman denied access to life-saving abortion must be readily available in emergencies. Once these issues are resolved we must then begin to face the broader reality. Our highly restrictive and outdated laws on abortion are failing thousands of women every year, 4,000 last year alone, who are faced with a crisis pregnancy and who travel to England to terminate that pregnancy. We need to stop the hypocrisy and stop pretending there is no abortion in Ireland. We need to admit the need to change our Constitution, update our laws and respect the real reproductive-health needs of Irish women.