In 2013, the Environmental Protection Agency (EPA) established the National Inspection Plan for Domestic Waste Water Treatment Systems. The National Inspection Plan (NIP) sought to encourage the correct management of domestic wastewater treatment systems (DWWTSs) throughout Ireland by means of an annual allocation of septic tank system inspections in areas acutely vulnerable to contamination, and an extensive citizen-engagement strategy. It was proposed by the EPA that the plan’s instigation would help minimise the potential for environmental and health impacts stemming from defective DWWTSs.
The NIP has now been in place for over two years and recently entered its second cycle (2015-2017). However, the progress made by the plan thus far is believed by close observers to be insufficient. Only slightly over half of the septic tank systems inspected under the plan in the first year achieved a pass grade and there is evidence to suggest that any wider shift in attitudes and behavioural change among DWWTS users has been marginal at best.
Although the onus is on the relevant public to adhere to their responsibilities and demonstrate good practice, their failure to do evidences several inherent flaws of the NIP that require urgent remediation – in particular, its citizen-engagement strategy.
The ramifications of exposure to untreated domestic wastewater are well documented – especially where effluent is allowed to enter drinking water supplies (e.g., private wells and group water schemes) and public waterways. The resulting contamination of ground- and surface water can engender outcomes such as pronounced environmental degradation, widespread odour disturbance and proliferation of waterborne diseases such as VTEC (a pathogenic strain of E. coli) and cryptosporidium. The appropriate installation and maintenance of DWWTSs is thus vital.
Given the sheer number and volume of DWWTS in Ireland, the risk of contamination is high.
There are currently over 500,000 DWWTSs (predominantly septic tanks) located across Ireland, the majority of which are concentrated in rural Ireland due to its largely dispersed pattern of settlement.
Furthermore, over 80% of Irish households in rural areas treat and dispose of wastewater on-site (accounting for over one third of the national population) with a similarly high percentage also availing an of onsite groundwater source for drinking water. These figures confirm that rural households are potentially a formidable source and receptor of water contamination and underscore the importance of the NIP in potentially reducing this threat.
However, despite the NIP’s questionable performance and the ensuing repercussions, the plan’s implementation has received limited media attention and criticism since its instigation. This can largely be attributed to the pervasive perception of DWWTSs as being a minor, rural-only issue. However, a mounting body of evidence suggests that septic tanks are beginning to constitute a principal cause of water contamination in rural Ireland and play a significant role in the rising number of VTEC cases documented throughout the country. 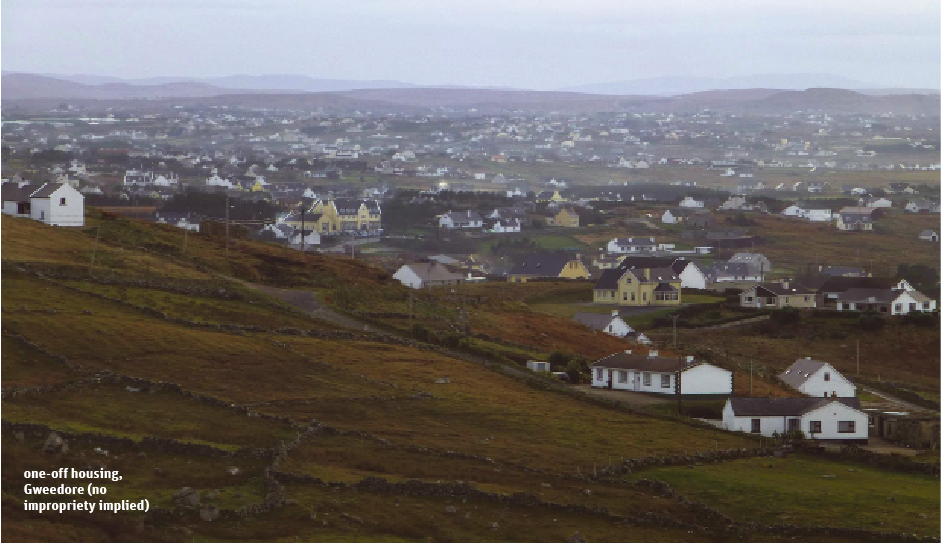 The ramifications of exposure to untreated domestic wastewater are well documented – especially where effluent is allowed to enter drinking water supplies (e.g., private wells and group water schemes) and public waterways. The resulting contamination of ground- and surface water can engender outcomes such as pronounced environmental degradation, widespread odour disturbance and proliferation of waterborne diseases such as VTEC (a pathogenic strain of E. coli) and cryptosporidium. The appropriate maintenance and regulation of domestic wastewater treatment systems (DWWTSs) is thus vital.
In the case of Ireland, there is a mounting body of recently conducted research that suggests that many DWWTSs across the country have been incorrectly installed or maintained and pose a very real and widely experienced threat to human health.
A 2005 study undertaken by Trinity College, Dublin of 74 randomly located septic-tank systems in Leinster revealed that only 5% were situated in soil conditions conducive to adequate wastewater treatment and indicated the likelihood of similar figures elsewhere in Ireland. The prevalence of such systems was confirmed five years later by the EPA, who discovered that approximately 25,000 DWWTSs in Ireland posed a risk to groundwater while approximately 120,000 posed a risk to surface water.
A study carried out by Trinity College researchers between 2008 and 2010 analysing the quality of groundwater in 262 private wells discerned that DWWTSs posed the greatest contamination hazard for private wells in rural Ireland. The study identified septic tank location as a significant factor towards the occurrence of VTEC in private wells. The brisk exacerbation of this threat could be attributed to a combination of a longstanding lack of regulatory enforcement regarding private well and septic-tank siting and a glut of poorly constructed one-off rural dwellings built during the 2000s decade.
Tellingly, a year after the completion of the Trinity College study in 2011, the Health Protection Surveillance Centre (HPSC) reported a sharp surge in VTEC cases in Ireland, with 37% linked to exposure to a private well. The overall national VTEC incidence rate recorded the same year was almost eight times higher than the EU average and the number of annual cases has since continued to rise.
It is likely that the increased promulgation of such evidence outlining the causal link between the growing frequency of episodes of water contamination and disease and defective DWWTS in Ireland, would result in a more rigorous scrutiny and media coverage of DWWTS maintenance and regulation throughout Ireland. Nevertheless, much of this data remains largely unpublicised.