There have been many turning points and defining moments as the debate over repealing the Eighth Amendment has unfolded over recent weeks. Some of these have been the powerful stories of individual women or groups of women; others have been the remarkable statements of specific organisations and yet others have been the unexpected campaigning experiences on the ground. Not least of these turning points has been the remarkable fund-raising campaign launched by Together for Yes just two weeks ago. It had a target of €50,000 initially but quickly increased to €100,000, €250,000,€300,000, €450,000 and surpassed €500,000 in the space of just ten days. But what moved even veteran campaigners were the heart-breaking stories and compelling responses of many of the almost 15,000 thousands who contributed. And for some, who made the decision to contribute despite being hardly in any position to afford to, they were matched in turn by other women and men welcoming the chance to make a public statement and many other thousands who contributed in silence. It was truly amazing the way you could see, feel and watch the secrecy that still thrives in Ireland as many who contributed asked to be anonymous, but were glad that they had found a way to make their statement within a society that silences and renders invisible their actual experiences as women in this country.

Other defining moments have been the courageous statements by some organisations that have refused to have their stories manipulated in the interests of those who want to deny women access to health services in their own country and to reproductive justice for all women in Ireland – including migrant women, adoptees and women with disabilities. I would highlight in particular the statements of Downs Syndrome Ireland (DSI), Migrants and Ethnic-Minorities for Reproductive Justice (MERJ), Adoption Rights Alliance (ARA) and Inclusion Ireland (II). Without the timely intervention of Downs Syndrome Ireland (DSI) appealing against the exploitative use of images of children with Downs Syndrome, such images would have been far more pervasive. DSI has been joined by Inclusion Ireland making visible the often hidden experiences of women with disabilities, too many of whom have been denied the right to have a child or who have experienced disrespect and marginalisation within the maternity services in Ireland.

It has been the persistent campaigning and activism of MERJ that has ensured that the rights and experiences of migrants and ethnic minorities have been kept in the forefront of the campaign for Repeal: 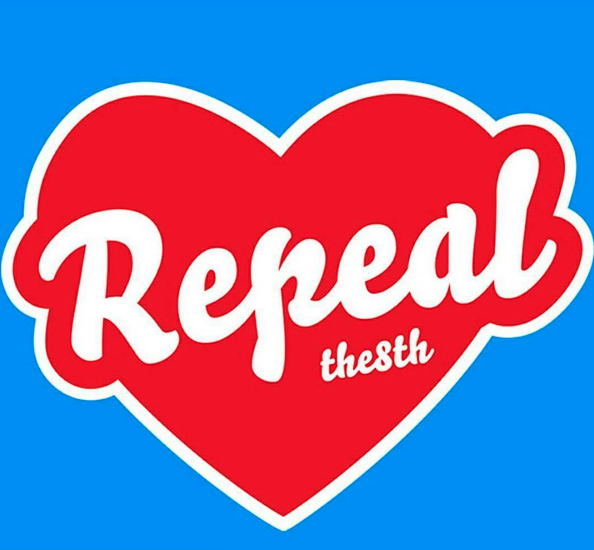 “We often hear about Irish women who are forced to travel to England to access abortion. But what about the stories of the people who can’t travel to access healthcare due to legal status, lack of money, lack of childcare, disability, etc? Migrants and ethnic-minorities face enormous barriers to accessing abortion and maternity services and are disproportionately affected by the 8th amendment. Let’s remember Savita Halapanavar, Ms. Y and the countless others”.

Another critical turning point and special moment in this Together for Yes Campaign has to be the very powerful and unstinting voice rarely heard in the mainstream debate on reproductive justice. The Adoption Rights Alliance (ARA) puts forward its compelling case for Repeal in the strongest possible terms.

“For our organisation, the Eighth Amendment represents the latest incarnation of the control that was exerted over the thousands of women and girls who were forced to relinquish their children for adoption and who were incarcerated in Mother and Baby Homes, Magdalene Laundries and other institutions. Since 1983, all pregnant women in Ireland have been denied the right to choose whether to proceed with a pregnancy, just as adopted people’s natural mothers were denied any choice. ARA is opposed in the strongest possible terms to the notion that adoption represents a viable alternative to abortion. We firmly recognise the right of a woman to choose not to pro- ceed with a pregnancy. Adoption should only ever be utilised in situations where a child genuinely needs a home, and not as a mechanism whereby women and girls are forced to carry to term and then relinquish the child to a closed, secret system”. Individual voices have also brought new and unexpected emotional experiences to the urgent Repeal cause – in the last few days the story recounted by Chris Fitzpatrick, Obstetrician and Gynaecologist has caught the imagination of many. 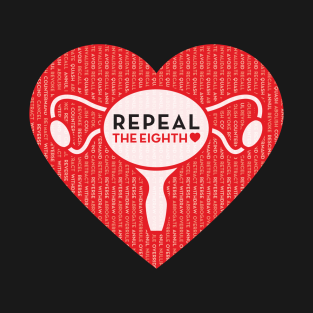 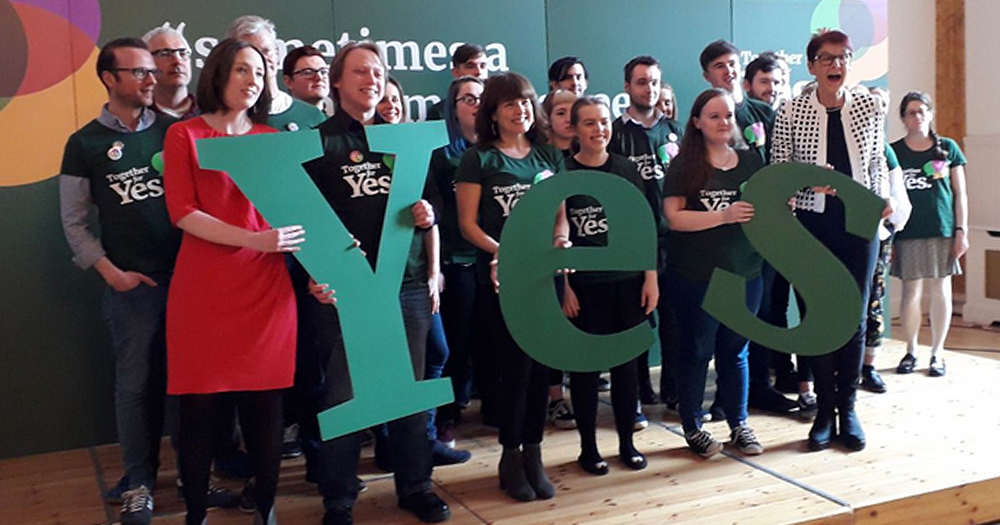 “I am a doctor. I am supposed to look after people. The woman sitting in front of me is crying. She has had a scan. Her baby’s brain has not developed. The baby will not survive. The woman is 20 weeks pregnant. Her partner has his arm around her. Her mother and father are on their way. Some of her in-laws too.
I go over the options. It’s too early to make any decisions. Emotions are too raw. The midwife is very kind to them. We go through everything again the next day. The woman says she cannot go through the rest of the pregnancy. She is too upset. She is wringing her hands in anguish.
I cannot help her. She will have to go to England. She and her partner will have to make their own arrangements. Of course, I’ll see her back afterwards. She has our number. She will have to talk to the doctors in England about how to bring the baby home. She wants to bury her baby with her grandparents.
The woman is still crying. I offer her a tissue. I have a ticket for the hospital car park. They won’t have to pay on the way out. Inadequate gestures. Cold comfort. There is nothing more I can do. Doctors in another country will look after her. Everyone tells us how important communication between doctors is. I don’t lift a phone. I don’t write a letter. My hands are tied. As they leave, they thank me. I wonder: for what? I close the door of my office. I can hear the woman crying on the corridor.” (Chris Fitzpatrick, consultant obstetrician and gynaecologist (and former master) at the Coombe Women and Infants’ University Hospital”.

What is also of interest is the experience of those out on the canvas night-after-night.. Many recount being taken by surprise on the doorstep – that some of the assumptions that they realised they were unconsciously making were challenged – when an elderly man turned out to be a strong supporter of Repeal and a when a young trendy-looking woman responded angrily with a no! Many canvassers have reported a strong YES vote in working-class communities and some dismissive women voters in middle- class suburbs, perhaps replicating the outcome of the Yes Equality Marriage Referendum in which so many working class districts in Dublin, for example, revealed the highest Yes votes: Darndale, Ballymun, Finglas, Ringsend and many others. That strong working-class vote got very little coverage in the mainstream media in the aftermath of the Yes Equality referendum, and there is a danger that it will again be under- estimated. Other canvassers are recording that there are still very many who are undecided and the final few weeks will be critical. Getting out the vote will be the final hurdle!

The eyes of the reproductive justice campaigns – as well as of anti-abortion campaigns – globally and of the international media will be on Ireland as we face into another unique experience: the holding of a popular vote on abortion rights following a popular vote on same-sex marriage. For women from Poland to Malta to Chile to Kenya to the Philippnes to North America and particularly in El Salvador, where tens of women are locked up for life for obtaining abortions illegally, Ireland stands together with you on the frontline of the struggle for reproductive rights and justice. And it is when you look at the global picture that it becomes so patently obvious that restricting abortion and making it illegal or unconstitutional does not prevent abortion. The countries with the most restrictive anti-abortion regimes have the highest rates of abortion – but it happens illegally, it is unsafe and destroys the lives of tens thousands of women and their families. The UN estimates around 50,000 deaths of women each year from illegal and unsafe abortions.

What’s left to say or to do? Yes – Register! Anyone who is eligible to but not on the Voters Register has just until 8 May to sort it out: Contact: CheckTheRegister.com or TogetherForYes. com for information