In late November 2009, hundreds of emails allegedly exchanged by some of the world’s leading climate change scientists over the previous thirteen years were stolen by hackers from the University of East Anglia’s Climate Research Unit, and leaked online. George Monbiot publishes the secret email that shows that global warming is makey uppy.
George Monbiot

It’s no use pretending this isn’t a major blow. The emails extracted by a hacker from the 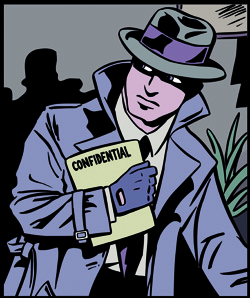 climatic research unit at the University of East Anglia could scarcely have been more damaging. I’m dismayed and deeply shaken by them. Yes the messages were obtained illegally. Yes, all of us say things in emails that would be excruciating if made public. Yes, some of the comments were taken out of context. But there are some messages that require no spin to make them look bad. There appeared to be evidence here of attempts to prevent scientific data from being released, and even to destroy material that was subject to a freedom of information request. Worse still, some of the emails suggested efforts to prevent the publication of work by climate sceptics, or to keep it out of a report by the Intergovernmental Panel on Climate Change. But did these revelations justify the sceptics’ claims that the emails were “the final nail in the coffin” of global warming theory? Not at all. They damaged the credibility of three or four scientists. They raised questions about the integrity of one or perhaps two out of several hundred lines of evidence. To bury man-made climate change, a far wider conspiracy would have to be revealed. Luckily for the sceptics, and to my intense disappointment, I have now been passed the damning email which confirms that the entire science of global warming is indeed a scam. Had I known that it was this easy to rig the evidence, I wouldn’t have wasted years of my life promoting a bogus discipline. In the interests of open discourse, I feel obliged to reproduce it here.

From: ernst.kattweizel@redcar.ac.uk sent: 29th October 2009 to: The Knights Carbonic

Gentlemen, the culmination of our great plan approaches fast. What the Master called “the ordering of men’s affairs by a transcendent world state, ordained by God and answerable to no man”, which we now know as Communist World Government, advances towards its climax through the United Nations and its unending Climate Conventions. For 185 years since the Master, known to the laity as Joseph Fourier, launched his scheme for world domination, the entire physical science community has been working towards these miserable charters.

The early phases of the plan worked magnificently. First the Master’s initial thesis – that the release of infrared radiation is delayed by the atmosphere – had to be accepted by the scientific establishment. I will not bother you with details of the gold paid, the threats made and the blood spilt to achieve this end. But the result was the elimination of the naysayers and the disgrace or incarceration of the Master’s rivals. Within 35 years the 3rd Warden of the Grand Temple of the Knights Carbonic (our revered prophet John Tyndall) was able to “demonstrate” the Master’s thesis. Our control of physical science was by then so tight that no major objections were sustained.

More resistance was encountered (and swiftly dispatched) when we sought to install the 6th Warden (Svante Arrhenius) first as professor of physics at Stockholm University, then as rector. From this position he was able to project the Master’s second grand law – that the infrared radiation trapped in a planet’s atmosphere increases in line with the quantity of carbon dioxide the atmosphere contains. He and his followers (led by the Junior Warden Max Planck) were then able to adapt the entire canon of physical and chemical science to sustain the second law. Then began the most hazardous task of all: our attempt to control the instrumental record. Securing the consent of the scientific establishment was a simple matter. But thermometers had by then become widely available, and amateur meteorologists were making their own readings. We needed to show a steady rise as industrialisation proceeded, but some of these unfortunates had other ideas. The global co-option of police and coroners required unprecedented resources, but so far we have been able to cover our tracks. The over-enthusiasm of certain of the Knights Carbonic in 1998 was most regrettable.

The high reading in that year has proved impossibly costly to sustain. Those of our enemies who have yet to be silenced maintain that the lower temperatures after that date provide evidence of global cooling, even though we have ensured that eight of the ten warmest years since 1850 have occurred since 2001. From now on we will engineer a smoother progression. Our co-option of the physical world has been just as successful. The thinning of the Arctic ice cap was a masterstroke. The ring of secret nuclear power stations around the Arctic Circle, attached to giant immersion heaters, remains undetected, as do the space-based lasers dissolving the world’s glaciers. Altering the migratory and reproductive patterns of the world’s wildlife has proved more challenging. Though we have now asserted control over the world’s biologists, there is no accounting for the unauthorised observations of farmers, gardeners, bird-watchers and other troublemakers. We have therefore been forced to drive migrating birds, fish and insects into higher latitudes, and to release several million tonnes of plant pheromones every year to accelerate flowering and fruiting. None of this is cheap, and ever more public money, secretly diverted from national accounts by compliant governments, is required to sustain it.

The co-operation of these governments requires unflagging effort. The capture of George W Bush, a late convert to the cause of Communist World Government, was made possible only by the threatened release of footage filmed by a knight at Yale, showing the future president engaged in coitus with a Ford Mustang. Most ostensibly-capitalist governments remain apprised of where their real interests lie, though I note with disappointment that we have so far failed to eliminate Vaclav Klaus. Through the offices of compliant states, the Master’s third grand law has been accepted: world government will be established under the guise of controlling man-made emissions of greenhouse gases. Keeping the scientific community in line remains a challenge. The national academies are becoming ever more querulous and greedy, and require higher pay-offs each year. The inexplicable events of the past month, in which the windows of all the leading scientific institutions were broken and a horse’s head turned up in James Hansen’s bed, appear to have staved off the immediate crisis, but for how much longer can we maintain the consensus? Knights Carbonic, now that the hour of our triumph is at hand, I urge you all to redouble your efforts. In the name of the Master, go forth and terrify.

Professor Ernst Kattweizel, University of Redcar. 21st Grand Warden of the Temple of the Knights Carbonic”.

This is the kind of conspiracy the deniers need to reveal to show that manmade climate change is a con. The Himalayan mistake and the hacked emails were hard knocks, but the science of global warming withstands much more than that.

This article first appeared in the Guardian in November 2009. See also www.monbiot.com