Degrow – emphasise the collective, the simple and the environmental! – Mary P Murphy and Peadar Kirby 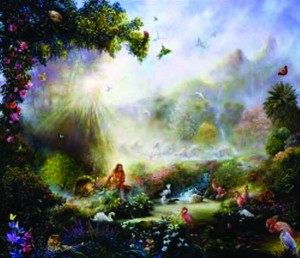 The crisis in Ireland is just the latest, though the worst, of a series of boom and bust cycles since independence that have marked the history of the first Irish Republic, such as it is. The crisis is an outcome of global neoliberalism, but also of the dysfunctional nature of our jaded political system. Economic decisions have always reflected the power of vested interests and elites, created clear winners and losers, from gombeens to tigers. We have specialised in unsustainable patterns of development, both socially and environmentally. The pattern of boom and bust is likely to recur unless we fundamentally redesign the system. We need to build a distribution of power and a style of politics that can lead to a more sustainable and equitable economic model, working in the long-term interest of people and the environment. One that makes us happy, too.

We have options and alternatives as we seek to build a second Irish republic. We can resurrect the unsustainable ‘neoliberal model’ that has led us into the present deep recession. Or, we can break with the past and create ‘a developmental social-democratic model’ with a more sustainable economy. This would be less deferential to foreign multinationals. It would have more effective mechanisms of redistribution that reverse the deeply entrenched inequalities that blight our society. By suspending pessimism, mediocrity and deluded compromise we can also imagine a very different future and establish an ‘ecological or ethical socialist model’, with less focus on (quantitative) growth and consumption, and more focus on (qualitative) living well.

Our choices will necessarily be made in the context of globalisation and our membership of the European Union. Neoliberal discourse still thrives and prevails in Ireland and abroad. However, lessons from other countries show that, even in crisis, it is possible to shape more equitable and sustainable futures. It is essential, therefore, that those who believe in the necessity of such change work to make credible the viability of an alternative model.

The first step is to expose the fallacy of the growth model on which neoliberalism depends. But successful exposure would also challenge the developmental social-democratic model espoused by many progressives, social democrats and socialists. While a shift from a neoliberal to a developmental model would be a change for the better, it would still be a relatively thin change. It would essentially leave intact the contours of the present model: reliance on economic growth, failure to deal with the decline of labour as a share of national income; and consequent deepening of inequality in power and distribution. This model would only involve cosmetic changes environmentally, without significant reductions in carbon footprints or the obliteration of fossil-fuel dependence. It would flout the scientific consensus that climate change will have lethal implications for global equity, development and survival.

The ecological or ethical socialist model offers thick change, which fundamentally shifts the focus of growth away from ‘economic’ growth. Economic degrowth strategies are based on recognising ecological limits and challenging the traditional spendthrift growth economy. They may promote social and ecological growth. Addressing the limits of the ecosystem will require a radically new configuration of social, state and economic power.  Degrowth will relocalise economies and embrace renewables. The move to a de-carbonised economy will require the strengthening of state power. Social power will be bolstered and the power of the market, so beloved of neoliberals, relegated. It will evolve into new forms of state, and especially social, power.

We need to affirm and promote values grounded in humanism and the republican ideals of democracy, equality, solidarity, participation, activism, transparency, mutual interdependence and care, ecology and sustainability

The ecological or ethical socialist model requires direct engagement with power. No longer would economic growth take priority over environmental protection when the two collide; economic power must be forced to live within the limits of sustainability. Regulation, in this sense, will be regarded as a liberation, not a subversion.

Fournier (2008) argues that this requires a reimagining of our collective economic sense through more robust forms of democracy and citizenship to challenge taken-for-granted economic rules. This in turn requires a thick democracy and an active society, an ongoing ‘high-energy democracy’ (Ungar 2009).

An obvious starting point is to make people more aware of the fundamental damage capitalism is doing to society. Polanyi (2001) originally saw capitalism destroying society by placing a market value on land, labour, and capital – the original fictitious commodities, as he called them. Today, care, love, knowledge and nature itself are all commodified. The very essence of humanity is monetised and marketised. The next step is to present, and convince people of, viable alternatives which together constitute degrowth, and to outline realistic strategies to get there.

These alternatives will involve a shift from jobs that produce ‘goods’ for consumption to jobs that maintain goods for use – a move away from capitalism which sees capital, and its maximisation, as an end in itself. The change will value, and rejoice in, service, care work and local provisioning. The trend is already there (Davis 2012). Galbraith (2008) argues only 17% of employment is actually required for the production of goods.

Some countries, including France and Germany, have reduced working weeks as a strategy to manage the crisis. The EuroMemo Group (2013) argues for a 30-hour week and Simms (2012) argues for a 21-hour week – challenging the fetishism of growth. This has specific gender dimensions. Fudge and Owens (2006) advocate the restructuring of working time to decrease stress, increase gender equality and facilitate healthy work-life balance. Direct environmental gains can be linked to a reduced working week (Gough 2013).

Today, care, love, knowledge and nature itself are all commodified. The very essence of humanity is monetised and marketised

Degrowth posits stronger employee representation, more effective government monitoring, and the normalisation of reduced working time. Social policy can become an agent of degrowth: ‘part time’ work can be supported through changes in employment regulations (as in the Netherlands and Austria). Changes in social welfare can facilitate new forms of work (as in the Nordic countries). Tax reform with refundable tax credits can better support low-income workers (as in many OECD countries). Redistribution of domestic work across genders can be encouraged through paid paternal leave.

Degrowth allows us to put the economy back in its place, to re-embed the economy in the social and political, through democratic action. Taking the focus off growth means development will be measured in more progressive ways, valuing care and happiness. Ecologically there should be an enthusiastic shift from a consumer to a recycling society, and from planned obsolescence to an economy of maintenance. Artificial demand should be dampened by high taxes on advertising; and self-serving consumerism diminished by banning billboard advertising. This has been effected in Vermont, Hawaii, Maine, and Alaska.

Degrowth implies simplified lifestyles with less individualism and more emphasis on the collective. The ethos of living within our means will undermine debt-based growth. A life not dominated by waged work will give us time to think and act democratically and to foster more mature power relations.

Regulation, in this sense, will be regarded as a liberation, not a subversion

We have choices. The options we choose will be a reflection of our values, of our vision and of what we consider to have failed. We need to affirm and promote values grounded in humanism and the republican ideals of democracy, equality, solidarity, participation, activism, transparency, mutual interdependence and care, ecology and sustainability.

The politics of making it happen will not be easy. While Irish politics is now very volatile it is not yet clear that we are experiencing the shifting political cleavages that might lead to a radical second Irish republic. But there is now an obvious opportunity driven by the present crisis and the public appetite for optimistic and idealistic commemoration over the next decade, to promote wiser values.

Any Irish republic worthy of the name will be built on an active citizenry. New public spheres and even new language will facilitate the move towards a radical civic republic. We must start by recognising through analysis the failures in the current system to promote the shift in power towards more democratic control of production, and an orienting of that production towards social and environmental agendas, rather than profit.

Dr Mary Murphy and Professor Peadar Kirby are authors of ‘Towards a Second Republic: Irish Politics after the Celtic Tiger’ published by Pluto Press in 2011.