In an article on 27 March in the Irish Examiner ‘Simon Coveney Looking at All Means of Getting more Houses’, the Minister for Housing made serious and precise statements about the housing market.

CLAIM: “Many years of pro-cyclical policies contributed to the crash that caused a decade of inactivity, and it will take a number of years of the correct ones to put things right”.

Concededly tax incentives and grants contributed to the boom and crash.  But is the government now working against the economic cycle? The Help-to-Buy scheme was widely criticised on its introduction in 2016 as being pro-cyclical and inflationary. To date there have been 3,750 successful applicants for the scheme at an average cost of €15,000. Just 3,606 new homes in housing estates were sold last year and recent figures suggest that house prices have increased by €15,000 in three months. Current price inflation may get into double digits and will significantly erode affordability for those attempting to get on the property ladder. By June we may see two Help-to-Buy  applicants for each new home coming to the market.

VILLAGE VERDICT: True, but with a misleading implication about current policies.

CLAIM: “The most recent monthly activity report indicates 15,256 homes were provided last year and commencement notices in the year up to the end of January 2017 show an increase of 44% year on year”.

The Department of Housing figures use connections of dwellings to the electricity supply as a proxy for completions, and dwellings vacant for two years or more are double-counted as new-build completions when connected even if they have registered in figures before. Given the large volumes of vacant NAMA and ghost-estate units, this methodology gives inflated new-build levels and creates a false perception of dynamism in the market. In 2016 there were just 3,606 estate homes developed and sold, and a similar number of one-off homes commenced along with 75 local authority houses – less than 8,000 new homes in total. Not 15,256.  This has been highlighted in this magazine and elsewhere.  Yet the Minister ignores the reality. Officials have never explained how they get to double these figures, 15,256,  for new-build units completed.  It is reasonable to infer they cannot.

VILLAGE VERDICT: Deliberate untrue misstatement on a central plank of government performance, an issue the Minister accepted in May 2016 is “a national  emergency”.

CLAIM: “One of the central elements of ‘Rebuilding Ireland’ involves an unprecedented commitment of €5.35bn for social housing. We are determined to help individuals and families that are homeless and those on social housing waiting lists”.

Official figures show that 4,875 adults and 2,546 children are sleeping in hotels, B&Bs and hostels. As part of the plan to tackle homelessness, the Government promised 200 rapid-build homes by the end of 2016, a further 800 this year, and a further 1,500 next year. Just 22 have been built so far. Department Housing Plans consistently missed targets by some distance.

‘Solutions’ is the Department’s term and includes rent supplements, assistance, emergency hotel accommodation and private and public social housing – all forms of social housing assistance. Many would not know that rent supplements was a ‘social housing solution’. To illustrate the low level of state construction, in 9 months of 2016 just 161 Local Authority homes were built. This is actually double the rate of the preceding year.

The private sector is similar – the number of Part V social homes delivered by the private sector was 37 in 2016, it was 64 in 2015 and 67 in 2014. Government relies heavily on the ‘hands-off’ involvement of charities and approved housing bodies for social housing, and of course on private sector rentals with no security of tenure.

CLAIM: “In terms of social housing construction, 650 homes were built last year, 1,800 are under construction on sites around the country and 8,430 are at various stages in the pipeline of delivery”.

Construction activity has started on 1,829 units and 3,262 housing units are at some stage of pre-development. However, one third of the total mentioned, 2,687, are ‘under consideration’- these schemes may or may not proceed and may well be cancelled. Minister Coveney includes these as “in the pipeline of delivery”. For most people anything that is metaphorically in a pipeline cannot be stopped. So this is misleading, not really true.

CLAIM: “That’s why we brought in a €200m housing infrastructure fund to unlock these sites. I will be shortly announcing funding for roads, bridges and amenity infrastructure that will facilitate the delivery of tens of thousands of new homes across the country”.

The €200m infrastructure fund – over fully five years – for housing infrastructure is a pro-cyclical developer incentive. Designed to ‘unlock’ 23,000 ‘affordable’ units, details have now been provided of various impressive bridges, link roads,  and Dart stations to be funded 75:25% between the Exchequer and local authorities.  Nevertheless it is unclear whether details of the 23,000 affordable units have been agreed between landowners and local authorities, and the Department. It would appear to make little sense if what are effectively incentives to developers are being paid in advance of agreements on unit size, location specification, delivery date, and most obviously affordability including price of the suggested units, There is no guarantee that the developers will pass on the benefits of their incentives end-purchasers and tenants. The Department claims that it “is determined that the fund will, in addition to stimulating supply in an overall sense, also encourage a strong mix of private, rental and social housing delivery at appropriate locations and create attractive places to live at affordable prices and rents”. However, it simply has not put in place detailed measures to guarantee that “Departmental determination” translates into public goods.

To put this figure, which on first inspection sounds impressive, in context the €200m fund equates to a government grant to developers of €8,700 per unit spread over 23,000 units over 5 years. Given that current average-house-price inflation (for the last three months) is running at €15,000 per unit, it would appear that the infrastructure grant is the equivalent of seven weeks house-price inflation. This €200m may be better spent on outright funding for 1,000 – 1,500 new local authority homes in Dublin and around the country. Given the Government’s current budget of €40,000 per ‘repair and lease’ unit, for maximum impact the fund could target existing vacant buildings and upper floors, refurbishing 5,000 local authority voids and private vacant units throughout the country. Existing vacant units need no new infrastructure or services, are centrally located and cost a fraction of what it costs to build a new apartment or house.

VILLAGE VERDICT:  True but sounds much more impressive than it is. 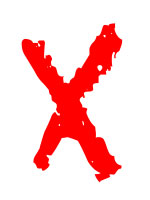 OVERALL VERDICT:  While it contains smatterings of truth and optimism, overall Minister Coveney’s statements on the central plank of his, indeed perhaps the government’s, platform are misleading, blatantly so in the case of ‘housing solutions’ and sometimes deliberately untrue, particularly in the case of the key figure of homes built. Since his department has been advised of this, it is reasonable to assume some of the key statements are deliberately misleading: falsities.