Village is a campaigning magazine. Two of its key agendas are equality and sustainability. Two thoughtful and evidence-based champions of these issues are respectively Oisín Coghlan of Friends of the Earth and Rory Hearne of Tasc, standing for the Trinity and NUI panels. We decided to give them some space.

In the same spirit NUI voters might want to avoid voting for Michael McDowell (strangely endorsed recently by LGBTI campaigner, Katherine Zappone TD, who – if she had any interest in Equality would know better). McDowell, a former AG and Minister for Justice who campaigned against the abolition of the Seanad in the referendum on the issue in 2013 told the Irish Times his campaign will focus on the need to reform the Seanad and open up the election to the entire voting population. He was the legal advisor to the working group chaired by former senator Maurice Manning, which recommended sweeping changes in how the Seanad is elected.

To Village, however he will always be remembered as an icon for the privileged attacking the right of the not so lucky to equality. In 2004 he told the Economist Survey of Ireland that he “sees inequality as an inevitable part of the society of incentives that Ireland has, thankfully, become”. That seems to put him in the disgraceful – and almost unique – position of endorsing inequality.

He also attempted to remove Niall Crowley as activist CEO of the Equality Authority, when he was Minister for Justice. As regards anti-corruption McDowell was responsible for subverting the Centre for Public Inquiry so that it collapsed in 2005 as a force for aggressive investigation of corruption. Just as bad is the self-absorbed way he collapsed the PDs, itself the most self-absorbed economically right-wing force in Irish politics, when he, as leader, lost his Dáil seat.

In short he was a towering force for now discredited deregulation and he should take the consequences. McDowell has ugly baggage, He should not be elected on a a platform that attempts to re-invent him as primarily a force for Seanad reform.

Just one of the three outgoing NUI senators, Ronan Mullen, is seeking reelection. The other two, Feargal Quinn and John Crown, are not running again.

Current Trinity Senators, Prof Ivana Bacik, David Norris and Prof Sean Barrett are all standing again in this election. Norris, a long-term campaigner on progressive issues, is the longest-serving senator on the panel, while Bacik is Reid Professor of Criminal Law in the Law School, and a former TCDSU President. She is a solid and excellent candidate with an unimpeachable record on both equality and the environment; and she is a generous contributor to Village.

The poll for the rotten Seanad boroughs of Trinity and the NUI closes on 21 April. 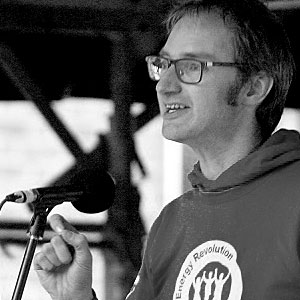 I’m running to push climate action and social justice up the political agenda. Climate change is the biggest challenge humanity faces. But our political leaders downplay the need for action. And they are failing to grasp the opportunities for Ireland in the transition to a fossil-free future.

I’m not naïve enough to think electing one Senator who prioritises climate change will be enough to tip the balance in favour of Ireland taking serious climate action.

I’ve spent 20 years working for organisations campaigning for progressive change of one sort or another on issues from Israeli human rights abuses in the Occupied Palestinian Territories, to Irish aid and trade policy, to climate change. And it’s clear from cases where Ireland has adopted a progressive stance, whether on Apartheid, East Timor or overseas aid that among the essential factors for success, apart from a compelling cause, have been inspiring and persistent campaigning and the mobilisation of a big enough civil society coalition to outweigh whatever vested interests or bureaucratic inertia have their fingers on the other side of the scales.

But parliamentarians have a role too, amplifying civil society voices, questioning ministers and officials, proposing legislation and policies. And Trinity Senators in particular have a long tradition of using the role as a campaigning platform.

Moreover, the Seanad is not supposed to be a creature of political parties, they have simply used the votes of local councillors to hijack the ‘vocational’ panels. The Seanad it is supposed to represent the different strands of Irish society. I think at least one of our 60 Senators should represent Ireland’s proud tradition of global solidarity and the new imperative of climate action. If elected I will be an energetic, independent voice for a healthy environment, a stronger democracy and a more equal society.

Oisín Coghlan is Director of Friends of the Earth, Ireland, but is standing as an independent.
www.oisincoghlan.com. 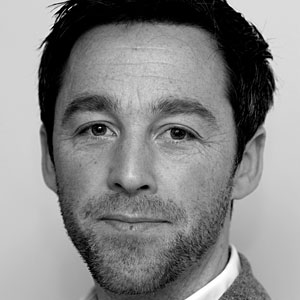 There are 1600 children living in emergency accommodation in Dublin alone and 8000 children attended the Capuchin day centre to get a hot meal last year. Tens of thousands of families face the threat of eviction. At the same time the wealthiest in this country increased their wealth by €34bn since 2010. We have a grossly unfair society where the wealthiest 20% of households have 70% of all the wealth in the country. This is not the Republic that was aspired to in 1916 and it is certainly not a Republic that guarantees, as the Proclamation outlines, “equal rights and equal opportunities to all its citizens” and “cherishing all of the children of the nation equally”.

Successive governments since the foundation of the state have failed to provide for the basic social and human rights of all citizens – particularly our most vulnerable and disadvantaged communities. Taoiseach after Taoiseach, political party after political party, prioritised the needs of their big business cronies and funders, developers, multinational capital, the priviledged and wealthy in Irish society, and through the austerity years, they prioritised the banks, European finance and vulture funds. We need a new approach to politics that prioritises social and economic equality, social justice and true democratic participation.

It wasn’t an easy decision to stand. The Seanad is elitist and undemocratic and has not been given sufficient powers to enable it to hold government and the Dail to account. A major reason why the Seanad has not been reformed to give all citizens a vote and to give it real powers is that the majority of Senators have been part of the political establishment and have made no real efforts for reform or progressive social change. So those of you who have a vote in the Seanad NUI face a choice. You can use your vote for a candidate like me who has demonstrated his long term commitment to challenging the consensus and campaigning for social justice. Or you can allow another establishment conservative or pretend progressive politician to be elected to the Seanad instead of me.

I have shown in my community work with Barnardos in Dublin’s inner city, academic research and publishing in Maynooth University and Trinity College, active campaigning against inequality and austerity with community groups, Right2Water and Claiming Our Future, that I have the experience and commitment to provide an independent voice for real progressive reform and change in the Seanad. I will use the Seanad to campaign for a more equal Ireland and to stand up for housing, health, education, Repealing the 8th, and affordable childcare.

Dr Rory Hearne works for Tasc but is standing as an independent.
www.roryhearne.ie