Right, Villager thinks there’ll be a hung Dáil. Fine Gael and Fianna Fáil will struggle to work out whether they should coalesce, risking their exposure as ideological charlatans and the long-term growth of Sinn Féin. Another election within a year. The prognosis is tentative since around here there is no worse crime than a discredited prediction.

Quite a bit at stake

In which spirit… so Bernie Sanders and Donald Trump come out punching from New Hampshire and it’s cockle-warming to see the Bush and Clinton dynasties with their inequality-indulgent ideas formed a generation ago, in serious trouble, even if it does signal the return of the Angry White Man, and his supporters.

Sanders’ agenda, of course, has obvious appeal in the right-on Village while Trump is dangerous in an old-fashioned FASCIST way. Assuming for the sake of mischief a Sanders-Trump election-off, for Villager the victor can regrettably (and terminally) only be Trump. Sanders is too ugly and Trump too rich for any other upshot. So what happens then?

The only force in global volatility that is more unhinged than Trump is Islamic State whose principal religio-geo-strategic goal is dooms-day precipitated by a battle in Syrian city of Dabiq, near Aleppo. It is here, the Prophet reportedly said, that the armies of Rome (ie the West) will set up their camp. The armies of Islam will meet them, and Dabiq will be Rome’s Waterloo.

After its battle in Dabiq the caliphate, already in 2016 nicely ensconced under Abu Bakr al-Baghdadi, will expand and sack Istanbul. An anti-Messiah will come and kill a vast number of the caliphate’s ghters, until just 5,000 remain, cornered in Jerusalem. Then Jesus (Jesus!) – the second-most-revered prophet in Islam – will return to Earth, whack the anti-Messiah, and lead the Muslims to victory.

After a series of domestic putsches and foreign-policy cataclysms Villager foresees an insurgent Trump, toupée to the sun on a white charger leading the Crusaders into battle at Dabiq. He will lose but be revealed as the Anti-Messiah before final wipe-out at Jerusalem. It is not clear whether the Donald will consider the big new status recompense for the loserism.

Jesus and Mohammed will together sort out the souls and the Bushes’ and Clintons’ Wall Street millions will be useless to them.

Former Anglo CEO, David Drumm, is to wing his way back from breaking rocks in a Federal penitentiary, with Fintan O’Toole’s misplaced endorsement for a man incarcerated in the lucre-lionising country to which he has fled, blowing up a tail wind. Drumm has announced that he hopes to wear a tag rather than go to prison here. Villager has an idea. How about wewear the tag and he gives us back the money?

The words ”My heart is, and always will be, yours” from ‘Sense And Sensibility’ have been voted the most romantic line from romantic literature, film and TV drama.

They are uttered by Edward Ferrars to Elinor Dashwood in director Ang Lee’s 1995 screen version of Jane Austen’s classic novel with Emma Thompson’s Oscar-winning screenplay,. It was the top choice of 2,000 inane British women who were polled for the cliché-blind TV channel ‘Drama’. Villager resolves to try it out on Mrs Villager.

The scene in the 1997 epic ‘Titanic’ where a frozen, fearful and (Villager was happy to note) doomed Jack, played by Leonardo DiCaprio, tells his effervescent Rose played by Kate Winslet, ”promise me you’ll survive” (inevitably) came third.

Bliss and the insolvent luxury-car company

‘Former Model’ Glenda Gilson opened up to ‘VIP’ in a February cover photoshoot about her life a year since marrying ‘Rob McNaughton’. The cover (Villager claims never to get beyond it) gushes: “After 18 months of wedded bliss the gorgeous star of Xposé reveals that staying in is her new going out”. Admittedly the former vainquese of bearded developer Johnny Ronan has a lot to stay in from.

Gilson mystifyingly fails to mention that during her blissful year she was barred from acting as a company director for five years. Glenda and her brother Damien were in charge of Gilson Motor Company Ltd until 2011 when it was wound up by the High Court for failing to pay €141,937 to the Revenue.

Judge Paul Gilligan said Glenda was “deceived” by her sibling in the “improper way he ran the affairs of the business” which traded in high value vehicles and operated a car parking and valeting service at Sir John Rogerson’s Quay. Some of the money is owed to Ronan, who has – in other news – expressed the view that NAMA operates on the spiffing principle of Arbeit Macht Frei.

you get the Tsar you deserve

Ronan and his former business partner in Treasury Holdings, Richard Barrett, are back in business and back in the media, as if they had never cavorted malignly around boomtown threatening all-comers (Barrett once said he “had his foot on the throat” of poor Chicago-nurtured Garrett Kelleher) and in the end cost us all a packet.

Barrett was even allowed to drawlingly pontificate on the Marian Finucane radio programme, about his vision for social housing something he has in the past been very reluctant to provide in Treasury schemes. He told Marian, always agog at a bit of developer vim, “There is an enormous humanitarian crisis of epic proportions which is causing a great deal of human suffering. It is proportionally much larger than the Syrian refugee crisis” with up to 300,000 people on the housing list.

Barrett also tells a provocative anecdote of a local authority renting “a house at €8000 a month on one of Dublin’s two best roads to house a homeless mother with four children, costing the state a fortune”.

But, intriguingly, he has the answer: “I have formed a series of investment companies, (in Housing, Social Housing, Health Care, Renewable Energy) [all, for some reason, called Bartra]. We will build these facilities renting them to the Irish Government”. He sees it as a sort of “social payback because I don’t need the money”. He wants a Tsar to oversee the crisis. Villager doesn’t want to be presumptuous and Richard will be busy, what with China and all that dodginess and machismo to ventilate, but he is himself a preeminent candidate, if too shy to say so. Otherwise, Johnny? Michael O’Leary? Ben Dunne? All Tsars in Villager’s mind, already.

This suggests they cost the country around €700m. It also seems almost small-minded to dwell on the fact that in March 2012 three subsidiaries of Treasury Holdings transferred their interest in a company called CREO to another Treasury subsidiary called Daylasin in return for €18.6 million in unsecured loans notes (in effect IOUs). Nama believed the shares were worth €28.3m. Treasury then transferred its 100% interest in Daylasin to Barrett and Ronan for €100,000. Barrett also took over two other companies for something close to one- fifth of their real value. Any nastiness on the criminal front was averted by a civil settlement.

In the end we’d be better with less pontification, less dicing with fraud, and our money repaid.

Former Justice Minister and eminent senior counsel, McDowell announced on a recent Marian Finucane programme that he regrets international inequality. The thing is that when he had power he consciously and successfully promoted inequality. In 2004 he told ‘The Economist Survey’ of Ireland that “Fifteen years ago, political conversation was about economic failure and poverty. Since then, absolute poverty has fallen sharply. Inequality is as an inevitable part of the society of incentives that Ireland has, thankfully, become”. 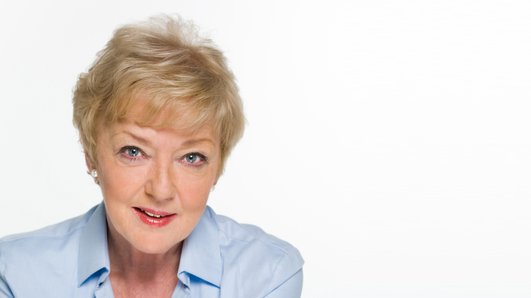 Villager believe if you disgrace yourself on as central a political issue as inequality there is no come back. Being discredited, either you cast yourself into the political wilderness or you apologise.

McDowell also defended, without demur from the typically regressive Finucane panel, his 2006 vision of abolishing stamp duty which would have further inflated property market.

Finucane continues to pack her radio show with PR and lawyer guests. No-one really knows why.

Mind you, Villager is biased. McDowell is representing Michael McLoone – former Donegal County Manager and focus of the ongoing Department of the Environment ‘review’ on Donegal Planning – in a defamation action against Village. Proceedings were intiated over a year ago but seemed to be moribund. Until in January McLoone’s lawyers decided to try to undermine one of Village’s principal defences, that it was reporting court proceedings, in particular the affidavit that former Donegal senior planner, Gerard Convie, had opened in court which made serious allegations about McLoone and others. McLoone has recently obtained, by order, the digital audio recording of the court proceedings in the case Convie successfully took against the Department of the Environment after it dismissed his complaint about the propriety of Donegal planning as ungrounded in evidence. The recording shows that no affidavit was opened.

But that is because McLoone’s lawyers asked for a recording of proceedings for the wrong day.

It is scandalous that the banking inquiry didn’t even ask the banks precisely how their liquidity people allowed catastrophic liquidity problems to build up.

Meanwhile whistleblower, now-Greece-based Jonathan Sugarman, who does know, has been out and about bumping into Enda Kenny.

Sugarman introduced himself as the missing link in the banking inquiry and the Taoiseach listened attentively, in a Dublin café. Before, according to the whistleblower, going pale. Sugarman, whose career was devastated by his bravery in disclosing breaches of banking regulations by Unicredit Bank was mysteriously excluded from giving evidence to the inquiry. Not that Enda cared.

Charlie Haughey’s son, unexciting Sean, has a range of shares in banks, oil companies and pharmaceutical companies but has insisted that his extensive portfolio will not pose a conflict of interest if he is elected again as a Fianna Fáil TD. The former minister of state owns shares in 42 different companies including Amazon, Apple, Burberry and McDonald’s.

Charlie, of course, received the equivalent of €45m in gifts between 1979 and 1996 from some of Ireland’s richest men. On one occasion Haughey sent the chairman of the revenue commissioners to meet supermarket mogul Ben Dunne as a result of which capital gains tax for the tycoon’s family was reduced by £22m in return for payments of £282,500 from Dunne to Haughey. The Moriarty Tribunal also found that Haughey stole a “sizeable proportion” from the Brian Lenihan medical fund – Lenihan was Haughey’s loyal deputy who was dying from Liver cancer.

It is surprising Charlie’s family was not pursued for any of the €45m proceeds of the sale of Kinsealy, his Georgian estate, since some of it was paid for with tainted funds. And now it seems, Junior, has converted some of his share to stocks.

Topping up the pension

Dick Roche, former Fianna Fáil Minister for the Environment and European Affairs and annual €50k-government-pensioner, has declared clients worth €500,000 in his filing for the EU Transparency Register. These include a contract with Chinese mobile-phone company Huawei worth €100-200,000, and contracts with Deloitte and a company producing discredited biofuels.

Since his ignominious demise in 2011 Roche has headed the Skill Set agency. Thankfully it detains him in Brussels much of the time. Mind you, very day Alan Kelly continues in of ce as Environment Minister, Dick Roche looks better.