The retirement of Wicklow County manager, Eddie Sheehy, has focused attention on the controversial legacy which his, yet to be announced, successor will inherit. Over the 14 years that he has been at the helm, the Council has been embroiled in a succession of embarrassing episodes and legal actions, from the illegal dumping of waste to planning and re-zoning disputes involving some of the country’s wealthiest developers.

Sheehy featured in the national newspapers a few years ago after they exposed a holiday junket by current and former Council staff to Florida in which he was photographed with a fistful of dollars. He was at the losing end of a High Court action taken by three Councillors whom he wrongly barred from the Council chamber after they lost a defamation action against the County manager.

He also figured in another controversial High Court outing when the Council sought to have companies involved in widespread illegal dumping pay for the remediation of polluted landfills in west Wicklow. The court action was suspended in late 2011 after it heard evidence that the Council itself was involved in illegal dumping of waste at the huge Whitestown dump, while one of its authorised officers had sought to obtain the contract to remediate the site and reap millions in profit from the clean-up.

Sheehy departs at a time when the Minister for the Environment, Alan Kelly, is considering various other allegations of maladministration in local government in the county and what form of inquiry is required to deal with them. Just days after Sheehy announced his decision to retire, rather than apply for an extension to his term as manager, a detailed set of questions and complaints concerning his involvement in property developments in Bray and Greystones was submitted to the minister by prominent Wicklow auctioneer, Gabriel Dooley.

The 44 questions submitted by Dooley centre on the manner in which two of Ireland’s leading developers, Sean Mulryan and Sean Dunne, acquired Council lands and way-leaves to gain road access to a major residential and retail scheme at Charlesland near Greystones in the early 2000s. Dooley had already helped assemble the mainly landlocked private properties at Charlesland, and was a partner with Mulryan in the Florentine development in Bray town centre before they fell out over an outstanding €4m debt which the auctioneer claims he is owed by the developer.

He claims that the Council did everything it could to facilitate Zapi, the joint-venture company formed by Mulryan and Dunne to develop Charlesland, and that he was present when prominent Fianna Fáil Councillor, Pat Vance, discussed maps and plans for the scheme with the developers over a meal in Dobbins restaurant in March 2003. Vance is the long-time chairman of the planning committee of the Council.

Central to Dooley’s complaints are the manner in which the Council acquired lands under compulsory purchase orders (CPO) to provide access to Charlesland from the N11 motorway, the main route from Dublin to the south-east. He has asked the minister whether he is satisfied with the manner in which the Greystones Southern Access route (SAR) and the Killpedder Interchange on the N11 were financed and what monies the developers contributed for the roads, for a roundabout at Charlesland, and for other services provided for the scheme. Dooley has also claimed that lands at Three Trouts Stream were compulsorily purchased to benefit the developers rather than for social housing as senior Council officials have always insisted.

He has also questioned why a contract signed with senior Council officials and signed by Councillor Vance and Eddie Sheehy was made with two companies,  Brambleglen and Ballymore Contracting, rather than with Zapi which had obtained the planning permission for the Charlesland scheme. In the contract, the Council undertakes to obtain, under CPO, any lands required by the developers for roads or to meet other requirements.

There are also outstanding issues over planning and other levies that have yet to be resolved between Zapi and the Council and a sensitive issue as to whether compliance certificates were provided by the Council to allow the homes to be sold before all of the required levies were paid by the company.

Dooley’s bitter antagonism to Mulryan centres on an arrangement which the pair agreed, to buy and develop the Florentine site in Bray town centre, where Dooley has one of his auctioneering offices. Between 1996 and 2002 he assembled the properties of dozens of landowners for Mulryan’s vehicle the Ballymore Group, on which they planned to build a major retail centre. They formed a consortium, Florentine Properties Ltd., with Ballymore and Dooley each holding 50% of the shares, and negotiated a loan from Bank of Scotland which took the title deeds from all of Dooley’s commercial assets as security. In June 2005, Ballymore acquired Dooley’s shareholding for €5m with a down payment of €1m and the balance to be paid when the 100,000 sq ft shopping centre and 85 apartments were completed, or on the sale of the site.

In 2007, Wicklow County Council placed a CPO on the site which was completed in 2009. By this time, some €2.75bn of distressed Ballymore loans from a range of institutions including Anglo Irish Bank, Irish Nationwide, Allied Irish Banks and the Bank of Ireland were in the National Assets Management Agency (NAMA).

In November and December 2010, Dooley met officials of Anglo, which handled his personal investments, to discuss his plan to take legal action against Ballymore to recover the €4m debt. He claims that details of these confidential discussions were passed on to NAMA and thence by officials of that ‘bad bank’ to Ballymore. None of Dooley’s assets or loans were in NAMA and he had no business with the agency. Following this unauthorised disclosure, which he confirmed by obtaining e mails from the bank under Data Protection legislation, Ballymore approached Dooley and offered him a six figure sum to settle the outstanding debt, an offer he promptly refused.

In a meeting in the Berkeley Court Hotel in May 2012 Mulryan offered Dooley a sum of €75,000 in settlement of the dispute, which he refused. According to Dooley, Mulryan warned him that if FPL was put into receivership then he would get nothing, as specified in the 2005 contract.

“I told them that I had spent 18 years of my life helping them with the Charlesland and Florentine developments and that I’d rather starve than accept what I considered was an insult. They later came back with an offer of €500,000 which I also rejected”, he said.

Six months later, the land was placed in receivership in a manner which Dooley claims was designed to ensure that the monies owed to him would not be paid. When receivers Grant Thornton took control of the site, Mulryan argued that he no longer owed the €4m as he had not developed or sold the land, which was required by the contract.

Following this breakdown in trust with the bank, Anglo appointed receivers over Dooley’s property portfolio which, he said, had a devastating effect on his auctioneering business and family.

Almost five years later, Dooley’s auctioneering business is back on track with the uplift in the property market and he remains determined to get the monies he is due from Ballymore. He has also claimed that the Council facilitated the re-zoning of Ballymore lands at Charlesland in September 2013 which increased their value from €80,000 to €1.2m an acre, a deal which, he claims, provides further evidence of the special treatment Mulryan and Dunne have received from the Council and its senior officials over the past decade and more.

In 2003, the two developers envisaged a massive retail scheme at Charlesland which, with the help of a new road link to the N11, would attract customers from counties to the west and south east but this was refused by An Bord Pleanála following successful objections from traders in Greystones. The 1,400 houses and apartments they built at Charlesland yielded a significant profit for the pair of high-rollers but other plans for undeveloped sections of the lands they control were put on hold following the property and financial crash. Dunne, of course, is entangled in his battle against NAMA and other banks, in Ireland and the US, although he has claimed in papers submitted to the US court that he and his wife still control two sites at Charlesland.

Mulryan is hoping to emerge unscathed from NAMA following the turnaround in his fortunes from his UK and Europe-wide investments. He now wants to develop some 400 expensive homes at Charlesland on the 20 acres re-zoned by the Council. However, the continuing efforts by Dooley to recover his €4m, and possibly other damages and losses, could pose complications for Mulryan, as he rebuilds his property empire in Ireland and Britain. The developer has a long history of dealings with Wicklow County Council, including with another former county manager, Blaise Treacy, who went on to work as a consultant for Mulryan following his retirement. It remains to be seen what Eddie Sheehy will do with his spare time as his two seven-year terms as head of the Wicklow local authority come to a close. • 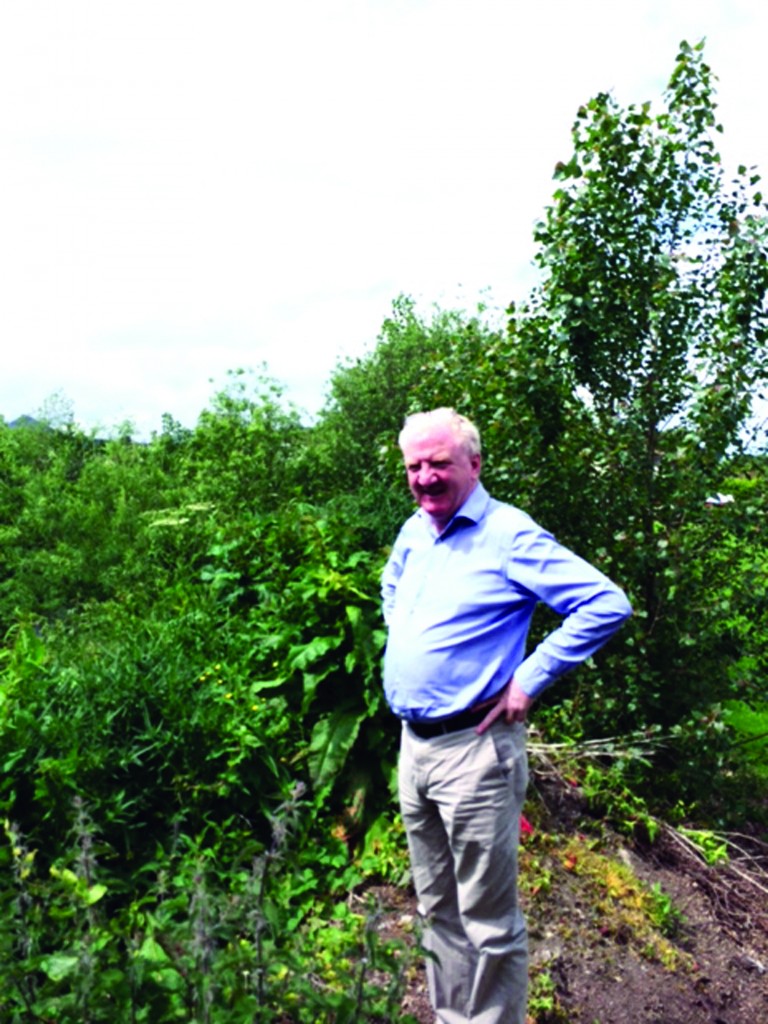