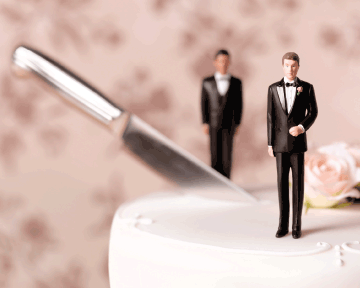 You’re probably thinking what in the name of God is that fellow bellyaching about now.  Them old fairies are never satisfied.  In fact I have become something of an extinct volcano.  I feel like writing into the paper like those Anglo birdwatchers.  My letter would be: “Dear Sir, just to confirm that I am an extinct volcano.  Yours sincerely, David Norris, Homosexual (Retired)”.  By the way I am completely unapologetic about using the word fairy.  I always liked it, it sounds fun, light-hearted, mischievous, positive and Celtic.  However, I do hate the word “queer” even though it is fashionable in academic circles.  I was there in the old days when we fought against the use of this obnoxious terminology and I am not prepared to accept it from anyone.

Anyway we have come a long way I suppose.  We did eventually manage to dispose of the criminal sanction and are on our way towards civil partnership of some kind.  I do remember in the distant past ,when the opposition was less oily and sophisticated than it is today, one old bag sticking her stubbled chin into my face and shouting “We know ye and yr liberal agenda, criminal law won’t be enough for ye.  The next thing ye’ll be demanding marriage for homeo-sexuals” to which I replied “What a wonderful idea Madam”.  And we set off on this course.

My first idea was to disassemble or deconstruct the idea of marriage and determine precisely what positive, tangible affects flowed from the state of matrimony and find some method of awarding these positive things to stable same-sex couples.  Regrettably the Supreme Court, in recent judgments most particularly one in the last week dealing with the rights of a sperm donor involved in an arrangement with a lesbian couple, has chosen to try to close the ambiguity which might have allowed the family to have embraced same-sex partnerships with children.  In terms of its denial of the existence of a de facto family this judgment was nasty and unadventurous.  It was certainly open to the courts to be imaginative and to expand existing rights or to confirm supposed ones.  As a citizen and as a legislator I find it shameful that our Supreme Court took the narrow option and showed such insensitivity.

However, it most certainly throws the ball back into the Government’s court in terms of making the need for full legislation in this and other related areas even more glaring.  Perhaps this was the intention of the Supreme Court: to refuse to be employed by a gutless Government as proxy legislators.  It certainly exposes and highlights the Government’s disgraceful record in the proposed Civil Partnership Bill in which they completely ignored the rights of children.  This makes it all the more extraordinary that some self-appointed spokespersons for the gay movement have not only colluded with the Government in strangling the Equality Authority but also actually applauded the Government’s awarding of second-class citizenship in this Republic to gay people.

To explain: at the moment gay people can adopt.  But they can only adopt as single individuals.  This means that in a same-sex relationship one partner may adopt (in some cases his or her own biological children): the partner is completely excluded.  As a result, should the adopting parent die, the child is left in limbo.  This is institutionalised brutalism to the point of abuse.  .

Much of the campaigning against recognising the rights of the children of de facto gay families comes from sources within the Roman Catholic Church.  This I find astonishing in the light of the fact that this organisation at the highest level, right up to the Vatican itself, has been implicated for decades in shielding and facilitating serial child-abusers and rapists within its own professional ranks.  If any group in society should have its views of the welfare of children questioned it is surely this group.  The Minister for Justice has stated again and again that no organisation and certainly no Church is above the law.  But I am afraid they are.  They are above the law because the churches sought and were granted exemptions from the operation of the equality legislation introduced in the 1990s.  As a church-going member of the Anglican Communion I am astonished that the churches (and yes it was all of them) should club together to seek to be freed from equality requirements.  Surely the Gospel is about love and equality?

The implications of this exemption are serious.  For example in the schools, any person can be dismissed if their “lifestyle” come into conflict of the “ethos” of the church.  In other words you could be fired from your job with no appeal possible simply because a Bishop doesn’t approve of your lifestyle.

The wonderful organisation for young gay people BeLonGto managed to persuade the Government some years ago to produce some very effective posters against homophobic bullying in schools.  They were launched by the then-Minister Sile de Valera.  In recent months, however, I attended the opening of the BeLonGto offices in Capel Street.  The Minister Barry Andrews was there.  So was a young 16 year old youth who that very week had been forced by one of the Christian Brothers in his school to take down from school property these very Government-endorsed posters.  This is in the context of the fact that the overwhelming majority of bullying incidents in schools contain some homophobic elements, yet in the overwhelming majority of cases there is no teacher intervention.  Is this not also child abuse by the Church, endorsed by the State?

Moreover the Irish Government is the only Government in Europe to have introduced anti-gay laws in the last 15 years, to my knowledge.  This happened when a same-sex couple appealed to the Equality Tribunal against the refusal of their employer to grant them the same travel privileges that were extended both to married couples and heterosexual partners in a committed relationship outside marriage.  The Tribunal found in their favour but the Government in the form of Mary Coughlan, acted to facilitate future discrimination, redefining the term spouse in order to deprive gay people of their rights and entitlements.  This tells us that we are still vulnerable.

Of course these issues may be addressed in the new partnership bill.  I myself placed a partnership bill before the Senate about five years ago.  We had a very useful discussion but eventually after years of delay I had to remove it from the order paper in order to prod the Government onward.  I have to say in this context that it made me laugh to hear Bertie Ahern claiming apparently that he had done more than anyone else for civil partnership rights.  I know exactly what he did.  He delayed, procrastinated, prognosticated and manoeuvred in every way possible to avoid the responsibility of introducing such legislation.

I have to accept that there is some movement in the area of civil partnership.  The emotional agony experienced by Irish people who have formed relationships of love with people of the same sex from outside the European Union should be ended.  Testamentary wishes and rights to the enjoyment of home and income should be confirmed.  The mean-minded and begrudging element are now trying to introduce what they call a conscience clause because they seem to be afraid that photographers or florists might be forced to sully themselves by helping out at a gay wedding.

Well I can tell you I’m not stopping at the offer of some kind of upgraded dog-licence for gay people.  I have no intention of allowing spiritual defectives to define me into second-class citizenship in this brave new Republic.  I wants me rights even if I never use them.  And those rights include being treated as a full citizen with regard to marriage.  This is civil marriage.  I believe in the separation of Church and State and if it works one way it works the other.  If the Church shouldn’t tell the State what to do then the State shouldn’t tell the Church what to do so no one will or should force Roman Catholic priests to marry gay people in church.  However, as I have said repeatedly over the last year or so I have seen on many an occasion priests of different denominations blessing bombers, tractors and domestic pets.  Some of them even blessed goldfish.  It wouldn’t burst them to bless a couple of dykes while they are at it and in any case how did they know the goldfish weren’t lesbian? With goldfish it is virtually impossible to tell.

And when we get our rights here in Ireland (and how lucky we are to be on the brink of getting them) I hope we do not selfishly forget our brothers and sisters in other darker lands.  Gay people are being murdered in Iran and Iraq, as we speak, in the name of Islam.  Disgracefully, Uganda appears to be about to follow them, and all in the name of Christianity of the Anglican persuasion.  This means that a sister church of the Church of Ireland in whose Cathedral I worship every Sunday is actively supporting the arrest, imprisonment and execution of gay men.  They talk about schism over lesbianism and gay rights in the Church.  Bring it on baby! Because I certainly don’t want to belong to a church that is dominated and bullied by African demagogues or American bible-thumpers.  No wonder Jesus wept.