The Irish Red Cross fired me for detailing its delinquencies. By Noel Wardick 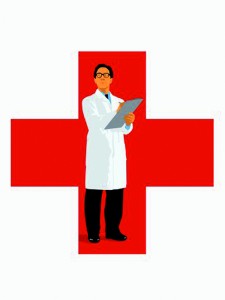 In July 2005 I came home after seven months in Darfur and seven years working in Africa. I accepted a job with the Irish Red Cross (IRC) as Head of its International Department, based in Dublin.
Perhaps I should have listened to a colleague of mine who informed me it was considered a dysfunctional organisation and had a high staff turnover. I was, however, glad to be home and the Red Cross was a global organisation with an impeccable reputation.
After my first month it was clear that the IRC had problems. Within weeks I had reservations about the capacity of the Finance Department. More worryingly I was very uncomfortable with certain procurement practices which were largely out of the hands of senior management and instead under the control of certain board members. I expressed concern. I was advised “this is the way business is done here” and not to challenge the two or three individuals who dominated the board.
In June 2007 the Secretary General (SG) left in acrimonious circumstances. She had been pushing for reform, a dangerous pursuit in IRC. By 2009 there were problems with a huge financial deficit, staff redundancies, staff morale, failures to rotate board members and delays in distributing funds raised for that year’s domestic flooding. Throughout the period 2005-2010 I challenged the prevailing culture at the Society. I sought reform, accountability, transparency and openness. Where I could implement it, on the international side, I did. Where I couldn’t, at the level of the board, I documented my concerns to the organisation’s hierarchy. I was forever being told “Noel, you are a marked man”.
The discovery of an undeclared bank account in mid-2008 in Tipperary under the name of the IRC, which had had €162,000 lying in it for over three years, caused consternation and panic. The money was supposed to be for victims of the 2004 Asian tsunami but money was not forwarded to IRC head office as per IRC financial procedures. The Vice Chairman of the IRC was a signatory on the account. He denied any wrongdoing. At least one call for his resignation was made.
Questions were asked in the Dáil, particularly by Labour’s Brian O’Shea and towards the end of 2009 many of these matters were covered in Village Magazine, which named names and outlined details of the undeclared bank account for the first time; and in some, though not many other organs. With one or two notable exceptions, the establishment media seemed uninterested that a pillar of the charitable sector was in fact seriously delinquent. Another SG resigned suddenly and unexpectedly in November 2009 and a discomfited David Andrews, Chairman for 10 years, resigned on the same day. Chaos and turmoil followed.
Eventually an investigation, highly compromised as it was internal, took place in late 2010 following intense media and political pressure. Serious errors, breaches of policy and mistakes were identified. Blame was apportioned to no-one. The signatories on the account were not sanctioned or reprimanded. The Vice Chairman was re-appointed to the IRC board for the 21st year in a row on May 28th 2011. This despite the IRC’s public position that it intended reforming its governance.
By 2010 every attempt was being made to silence dissent and protect long established power bases. I began writing an anonymous blog outlining the IRC’s problems. Attempts were made to inform IRC members about the blog and to encourage them to take action.
Shutting the blog down became an obsession for the IRC hierarchy. This culminated in the extraordinary decision in mid 2010 to take legal action against Google HQ in California demanding they reveal the identity of the blog author. Google refused. IRC incurred huge legal costs in the failed legal action.
In August 2010 I publicly revealed for the first time, on RTE’s Prime Time, that I was the blog author. I had, just days before, told the IRC.
In November 2010 I was fired “for gross misconduct”. I have taken an Unfair Dismissals action against the IRC. The backlog of cases means it will be many months yet before the case is heard. In the meantime I remain unemployed.
The complete absence in Ireland of whistle-blowing protection for employees who in good faith report abuses means the weapon of fear can and is used to great effect in ensuring those who witness wrongdoing remain silent.
Those responsible for the financial irregularities and the breaches of good corporate governance at the IRC remain in positions of authority and seniority. The government knows this and still it unquestioningly gives €1 million of tax payers’ money to the IRC every year.
One government-appointed member of the IRC Central Council summed it up “Until those responsible for the Tipperary tsunami bank account scandal are removed and until those board members with excessive service step down the future of the IRC remains seriously jeopardised”.