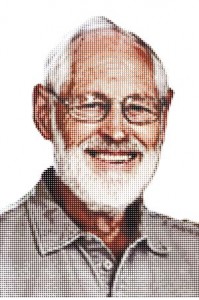 Ivor Browne is a retired Irish psychiatrist, author, former Chief Psychiatrist of the Eastern Health Board, former celebrated and radical lecturer and Professor Emeritus of Psychiatry at University College Dublin. He was a regular contributor on the Late Late Show in the 1970s and married June Levine, a leader of the women’s liberation movement. It was a second marriage for both of them. Although he was Professor of Psychiatry in UCD, he supported the student revolution in Earlsfort Terrace in ‘68, he took recreational drugs and he played jazz. He is now a regular practitioner of meditation.

He was born in 1929 to a well-off family in Sandycove, Dublin, with a father who worked in the head office of a bank, He had an unhappy childhood, was educated in Blackrock College which he disliked and where he performed poorly. academically. He ended up in a secretarial college, but passed the required subjects to get into the College of Surgeons at the age of 17. He travelled around Ireland in his student days, playing traditional music for food and lodging. Despite recurring Tuberculosis, he qualified as a doctor in 1955. In 1959 he founded Claddagh Records with Garech Browne. He worked in Grangegorman Mental Hospital where conditions for the 2,000 patients were medieval. He held positions in Oxford and Harvard and brought new thinking back to Irish psychiatry including the use of new drugs and intensive one-to-one therapy, closing down old institutions and moving patients into the community where they could learn to function again. And all this time Browne was working on himself, shaking off the effects of his isolated childhood and using LSD to explore his own psyche.

In your autobiography you describe society as a “boat on a river drifting towards a waterfall”. Is Irish Society perilously close to the edge now?
Ireland has all the marks of an adolescent that hasn’t grown up. After nearly 100 years of so-called self-governance this country has failed to reach maturity. I can see the uncanny resemblance between the behaviour of this country and that of so many individuals I have worked with over the years in my role as a psychiatrist and a psychotherapist. Ireland’s childhood was that of a young person growing up in a poor family. Times were hard. But then there was the idealism that was around in 1916 and during the War of Independence. This idealism was sadly destroyed by the Civil War. As a nation we still haven’t recovered. With the genuine idealism that was around in 1916 and 1919, we could have gone on to develop an adult society. Over the last 30 years, we as a nation have had a choice to develop an independent identity and leave the dependance on our ‘parent’ Britain behind us. Instead we bought into a me-now-liberalism and an orgy of greed; and took on the behaviour of a disturbed adolescent who creates a fantasy world and then gets involved in drugs to sustain it. Ireland created a fantasy world which we called success and propped that up with all sorts of addictions. This can be seen clearly in our political world which is awash with alcohol. Irish society is adrift and we can’t be bailed out this time by our parents – and there is no mental hospital to go to. Economic collapse has made Ireland homeless.

Do you think this collapse was inevitable?
No. We missed an opportunity to ditch this rotten capitalist system before it collapsed and to take a different direction. We failed to do so. If we had any sort of maturity as a nation we could have seen this coming. The so-called developed world talks about recovery and the ‘return to growth’. I think that is arrogant nonsense and I don’t think it is going to happen.

Why not?
We have polluted the world in every sense. The last century was the bloodiest century ever with millions of human beings killing each other.  There has been a series of man-made disasters starting with global warming and including the recent American oil spill. Natural disasters have always happened but it seems to me things are speeding up. We are going around with our eyes wide shut. Human beings have a terrible arrogance to believe that because we have caused the problems, we also have the solutions. If you believe James Lovelock’s Gaia theory that the biosphere is something alive then it is not going to tolerate a small part like the human species misbehaving.  A healthy body will eliminate bad cells. If the planet is a living system it is inevitable that Nature is going to bring this about. There has been an enormous increase in the world’s population and it is not sustainable. I think the world as we know it is going to collapse in the next 20 years.

You sound very fatalistic
I don’t feel fatalistic. This has happened before in history. Many advanced civilisations have been destroyed and a small population survived. I think there are better things to come. It is through suffering and hard times that the human race will grow. Cycles have always occurred. Why do we think it’s not possible now?

What do you think we should do now?
We can only prepare through a spiritual life – of love – for what is coming. I am very optimistic.

Where does your certainty come from?
It comes from observing.

Do you think that human beings are innately good or bad?
I think the level of human consciousness is rising. But Capitalism is legitimised organised crime. We have gone too far now and there are no signs of us developing the political machinery to make real change. We have a leaderless society and the politicians we deserve in Ireland. The money that has gone into Anglo Irish Bank alone could have been used to build a healthy society. We could have replaced this lifestyle with a much simpler more wholesome one. There are no signs of substantial reform. We are too engrossed in our own arrogance to make any real change. We have reached a unique height of stupidity in Ireland.

Who do you think are or were great leaders?
Ghandi, Mandela, Gorbachev, Obama – all great leaders and all admired by society but unfortunately we do not accept what they say. Obama’s heart is in the right place but he is being attacked on all sides.

What do think of our current Government?
In my view, Fianna Fáil is at the high point of this decadence – they are unscrupulous to the very core. The Green Party I hold even more responsible for what has happened in recent years. They could have brought the Government down any time but were greedy for power.  They had a duty to stop the rot and they failed. They could have prevented the Anglo Irish mess but what they have done instead is immoral. They were supposed to stand for something better.

Do you believe you have had a former life?
Yes. I had glimpses into a former life when I took Ketamine in my holotropic breathwork (a practice that allows access to non-ordinary states of consciousness). There is scientific evidence to show that these experiences are not dependent on the brain. Through near death experiences there is evidence that we have a continuity of soul: that we can have out of body experiences and can regress to former lives. There is a much wider reality than what we can see.

How would you describe your own politics?
I’m an anarchist but an anarchist in the true sense. I believe in societies that are small enough to relate to people on a personal level. We have a flawed view of evolution. There is in fact greater evidence of co-operation in evolution then survival of the fittest.

How did an anarchist become the Chief Psychiatrist for the Eastern Health Board?
They didn’t see me coming! If they could only have seen the trouble I was going to make!

If you were to do it all again would you become a psychiatrist?
I would work somewhere in the field of human relationships but not in something as limited as psychiatry.