The creation of lists and listicles titilatingly combines the writer’s self-indulgence with a gratifying boxticked clarity. The October 1 edition of the Sunday Times did this better than most, on a subject of notorious sensitivity – music, as a much-feted “101 Irish Albums We Love” list, compiled by Something Happens vocalist/Newstalk doyen Tom Dunne, ripped the bandage from the hairy arm of unending argument over objective stances on a subjective medium. Was ‘Astral Weeks’ really that good? Was the chase for the next U2 really the best thing for Irish music? Why aren’t hip-hop innovators Scary Éire, techno wild-children The Fourth Dimension or black-metal trailblazers Primordial ever on these all-timer lists?

The big takeaway from this latest bout of squabbling, however, was a note of disappointment for readers under thirty: one of the country’s highest-profile disc-jocks and champions of music programming had included only one (1) single independently-released album from this decade on an otherwise comprehensive list. Just one from the current gilded age of independently-released music in Ireland.

While the debate has cooled down to the usual simmer among Irish music pedants, it would be a misuse of space here not to create a companion piece to balance the conversation. And here it is: a list, though by no means definitive, of ten Irish records from this decade you should be adding to your collection (or Spotify account). The rules are simple: albums released since 2010, open-genre policy, no big-name reunions, no major-label releases, no bores.

This Is The Second Album of a Band Called Adebisi Shank (2011, Richter Collective) 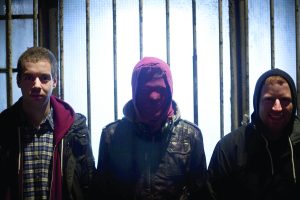 A day-zero event in the current chapter of independent music in Ireland, the Wexford trio’s second long-player marked their transition from fret-burning, pedal-stacking math-rock noisemakers to something more. Post-rock and its associated sub-genres set about rearranging the furniture to magic something new out of an established setup. With the beep-boop, oddlymetered intro to opener ‘International Dreambeat’, the intention was apparent: clear the living room and make way for a futuristic anime parade. The following forty minutes are unlike anything this country has produced, ever.

AND SO I WATCH YOU FROM AFAR 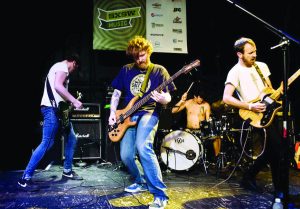 North Shore four-piece And So I Watch You From Afar had also been grafting for years on sweetly melodic, yet no-less-deft tunes that packed the detail of math-rock, the dynamic & breathing space of post-rock and the velocity of metal into its ebbs and flows. A self-titled début LP saw the band begin to make themselves a space; ‘Gangs’ threw explosives in and cleared their path through. ‘Search:Party:Animal’ is a shot of concentrated adrenaline, ‘…Samara to Belfast’ oozes tension, while single ‘7 Billion People All Alive at Once’ takes a pretty, building piece of post-rock and detonates it into a grin-inducing, la-la waltz. A special record from a band that was phosphorescent 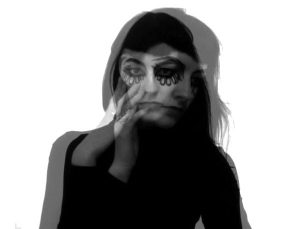 While Ireland has a proud tradition in improvisation and the avant-garde, there are very few artists who have contrived to force together the sheer love of the process with a singular, driven vision for every aspect of creation, quite like Galwegian Laura Sheeran. What the World Knows gifted us our first longform glimpse of Sheeran’s internal creative world, stark and melancholic, playing with arrangement and form, but always maintaining her strong and steady voice as the eye of the storm, as best demonstrated on ‘Hurricane’.

Dublin-resident Corkman Ruairí Lynch was a favourite among bloggers earlier in the decade, featuring an eclectic, yet accessible take on a wide swathe of electronica. Début long-player ‘Legion’ sanded his sound down to the grain, leaving only the swelling, full heart of a creator and the friendships behind the collaborations. Singles ‘Oh My Days’ and ‘Legion’ both heave with a wistful, yet ultimately upbeat, riff on internal monologues; the former nesting Eimear O’Donovan’s vocals amid layers of reverb and delay, the latter providing an eighties-indie glow of earnestness to warm, yet haunting electronic pop. 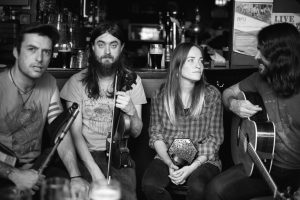 Under Austerity, tone-deaf cries from mainstream music press bemoaned the lack of protest music as with previous generations, before moving along to the next shiny thing. If they’d bothered looking around, they would have found the band currently known as Lankum, recasting lost folk gems from around the world for the modern condition, and co-penning the definitive modern recession song in the album’s title track. In the process, the Dublin four-piece began their transformation into the custodians of the Irish folk tradition, a contrast from the stuffy gatekeeping of the musical friends of conservative Ireland.

With a keen ear for technicality and a fervour for the weight of sludgy, metallic tones, Galwegian five-piece Ilenkus have always shoved to the forefront of their music something casual observers have wrongly remarked is missing from the genre: humanity. The band’s second full-length is a brave, honest work that confronts internal and external issues, from the painful, cathartic and intricate title track, to the pointed sociopolitical barbs of ‘Over the Fire, Under the Smoke’ (sent viral that year for a one-take promo video that saw Chris Brennan perform his gutturally yowled vocals on a walk down Galway’s Shop Street). 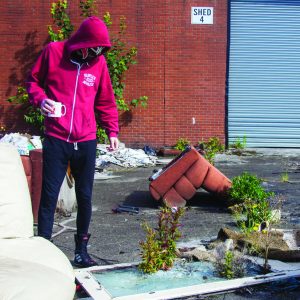 By day mild-mannered social worker/music teacher Andy Connolly. By night skratchador enmascarado Naive Ted. A longtime fixture on a small but dedicated Irish turntablism scene as one-man duo Deviant and Naive Ted, Limerickbased Connolly emerged to a wider, albeit cultish, spotlight via a series of chance encounters culminating in his work ending up as entrance music on Japanese national television, accompanying Wicklow pro-wrestling superstar Fergal Devitt and his villainous Bullet Club gang. The full-length that followed was bananas, as old-school skratchology met a multi-polar range of samples before being thrown, full-force, at Steve Reich-esque experimentation and being thoroughly deconstructed accordingly.

Metal in Ireland has always been kept alive by community efforts, from gigs and labels to zines and blogs. No more loyal defenders of the cause ever existed than the brothers Culhane, two of a team of volunteers in the thick of Limerick’s Bad Reputation gigs and the Siege of Limerick alldayers. It just so happens that they’re also half of progressive metal weapon-wielders Shardborne: technically-proficient, theory-literate musicians whose love of seventies prog allows them to invoke the pioneer spirit of their genre forerunners in a completely different context. 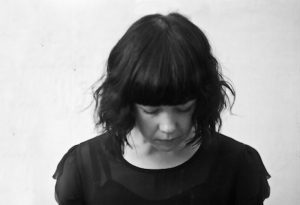 Created throughout 2014 and produced by Percolator/Guerrilla Sounds man John Murphy, Salt platformed the quietly powerful voice of Waterford’s Katie Kim voice on a larger, yet more deeply personal creative stage from the beginning. Sparse, echoing production is offset by celestial synth in ‘Ghosts’, or set against resonant pianos amid the pain and rumination of ‘Body Break’. The theme, playing on foreboding, runs throughout. So the natural urge for introspection coerces the listener into personal change: attunement. The layers of sounds continue to amass as album standout ‘Life or Living’ wends its way around itself. Labyrinthine sonar prisms. 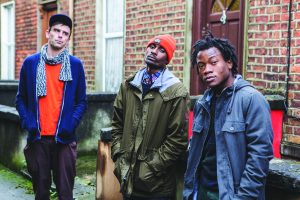 The trio of GodKnows, Murli and mynameisj0hn had been collaborating together in different configurations in the years before naming John and Godknows’ joint album ‘Rusangano/Family’, a bilingual take on the ties that bind Irish people to the wider world, and a wave of young new Irish to the culture that spawned them. A fitting banner, then, to take the lead into a new generation of homegrown, multicultural music with ‘Let the Dead Bury the Dead’, riffing on cultural change, the weight of history, and the challenges of identity. ‘Soul Food’ is a shirt-waving banger of a tune, while ‘Lights On’ is nothing short of a love letter to Limerick city. The winner of last year’s Choice Award for a reason.