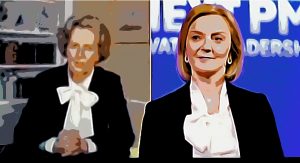 Today, September 5 2022,  all over Little England, the blackberry-jam-making sessions of the local Women’s Institutes were paused shortly before 12.00 noon. The tea urns and their cosies had been readied in anticipation.

The members seated themselves before the old portable televisions used on such occasions, to watch the anointing of  Liz Truss MP as Leader of the Conservative and Unionist Party and by extension, the New Prime Minister. 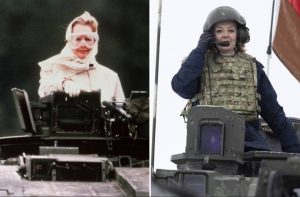 For the average Tory vote, this means that their prayers of: ‘Make it Stop’ seem to have been finally answered. Whatever comfort this may give the faithful, they seem blissfully unaware that for the ‘natural party of Government’  occupancy of Downing Street this time around, places them not so much in the driving seat, as in the last chance saloon.

In choosing their new leader, the Tories contrived to empty their chocolate selection box, leaving them just just one vile acidic ‘strawberry cream’ and a rock hard indigestible (that can glue together the jaws of a T-Rex)  to choose from.  I say good luck to them. 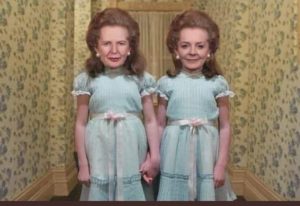 Ms Truss attended Merton College, Oxford. Now, no one in their right mind is going to throw about the term ‘red-brick’ about Merton. No College whose Statutes were being drawn up in the 1260s should be subjected to such abuse.  Certainly, she attended, but your present writer must respectfully refrain from saying she was educated there, all objective evidence being to the contrary.  Truss has recently celebrated her forty-seventh birthday. This means that she was born just four years before Merton belatedly first admitted women students. 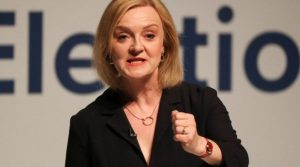 By the time she entered, Merton’s brave new world was still in infancy. Seven-hundred-year-old Oxford colleges do not adopt tumultuous change overnight. The institutional upheaval of 1979 most certainly drew a whole cohort of wonderful scholars into the Merton fold, but it was a process of kerfuffle and anxiety about equality, inclusiveness and sensitivity to scrutiny. Would she have cut the mustard at Lady Margaret Hall (before it admitted men for the first time in 1979) ? Ms Truss’ output as a politician suggests the venerable Merton was not merely compelled to isolate some of its intake to a virtual red-brick extension but, educationally speaking, had to put up at least a temporary cavity-block annex, in a period of flux. 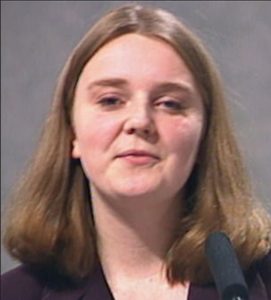 Before there are outraged cries of misogyny, the same is  true of the  entire British Cabinet and indeed the Tory party as a whole. This is quite separate from the fact that they are as a collective, deeply unpleasant human beings.

Exposure of politicians to daylight in modern political landscapes is tightly controlled,  but today it requires more than a Bernard Ingham’s thuggery and physicality to protect a Prime Minister. Neither is the elaborate ‘Communications Suite’ in Downing Street, which seems to have more bugs than a bed in a Tory Landlord’s bedsit, sufficient. It is doubtful if even a reborn Charles Saatchi (80 next birthday) could do much with her, even though he is decidedly experienced at mishandling women. 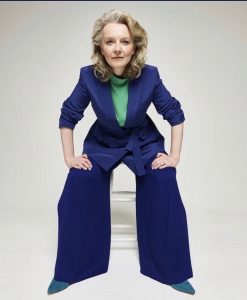 There will always be a herd  of hungry and ambitious brats willing to torque up the bullshit in both Downing Street and Tory Central Office and Murdoch will always be ready to supply secondments, his entire media empire and  elegant Georgian houses close to the Palace of Westminster.

Essentially on paper, the Tories are armed to the teeth and stand ready to repel Mogadon Man Starmer, and given that all Tories stand always ready to slaughter their own first borns in the pursuit and retention of power, you wouldn’t bet the house against them. 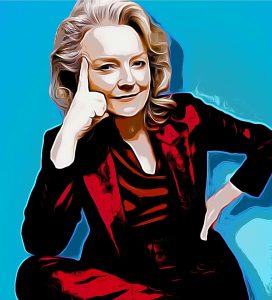 Their first and greatest problem is the individual they have installed as their nominal leader. In truth, it is doubtful if she herself knows what she believes in, or actually thinks about anything. She will be overwhelmed from day one and directed by whatever party faction establishes itself as her kitchen cabinet. And then there is Boris, who sees himself as an incipient triumphant comeback kid.

The only way to describe the Tory Government and British politics at this time is chaotic. Living next to these noisy neighbours will become even more unpleasant and uncomfortable. The shadow-boxing over the NI Protocol may turn very nasty indeed. We understood the faux-Churchillian bravura of Johnson and knew it was essentially gin-scented trapped wind. Truss is not merely dumb she is potentially more capable of vindictive madness than the Eton bully. 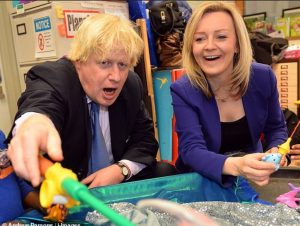 In her posturing to placate the DUP, it is perfectly possible she will end the historic and indeed vital common travel area between our islands. Objectively, Truss may appear to us ridiculous, even comical; but she is not funny. No proper Conservative ever is. 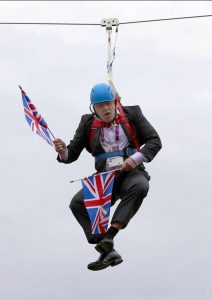