In late September 2009 I was walking through Dublin as the city prepared for the rerun of the Lisbon Treaty referendum.
Outside Dublin Castle I ran into canvassers from Generation Yes, a young, liberal, pro-Europe group established early that year to campaign for the passage of the treaty. Drawing them into conversation you could feel the passion of their arguments. They were the Erasmus generation – students and graduates who saw the European Union as an engine of progress for Ireland and a liberator that had broken us from our bleak, parochial past.
Rather than the ‘Yes for Jobs’ vacuities many of the main political parties ran with in the campaign, Generation Yes spoke to direct experience living and working in Europe, or for European businesses in Ireland. Many of its best advocates came from the tech sector and saw the EU as a vanguard project of a globalising world, breaking down borders, encouraging innovation and providing opportunity.
Generation Yes played a crucial role in the landslide victory of 2009. More clearly than any other organisation involved they developed an identity for the Yes camp.
The European Union represented a young, modern, idealistic cosmopolitanism. The No camp, as I remember now-Senator John Crown saying on my local radio station, were the past: “Trotskyite communists and right-wing zealots”.
So, Lisbon II passed, Ireland’s political elite celebrated, and Generation Yes disappeared. But less than a year later the European Union, so long considered a benevolent actor in Irish politics, imposing human rights with a pat on the head from the continent, came to wear a quite different mask. 2010 brought the Troika.
Just five years after its arrival on the scene, the creditors’ union of the European Commission, the European Central Bank and the International Monetary Fund has come to dominate the popular imagination of the European Union. For the peripheral states which they made home, their policies have inextricably linked the project of European integration to falling living standards, crumbling welfare states and debt servitude.
It isn’t an exaggeration to say that a Generation Yes for 2015 is almost impossible to imagine. A group of the same name might intervene in a referendum, it might even attempt to use a similar message, but it would have to reckon with the fact that the sickly-sweet vision of Europe it once sold has been indissolubly mixed with the bitterness of austerity.
It would also have to reckon with a rival identity. Not the eurosceptic Right, an opponent it had always comfortably beaten. But, since 2011, the indignados and Europe’s movement of the squares, a rival, pro-European movement which was highly critical of the Troika and the increasingly undemocratic apparatus of the European Union. Last Sunday, in Greece, this movement was given a name: Generation No. 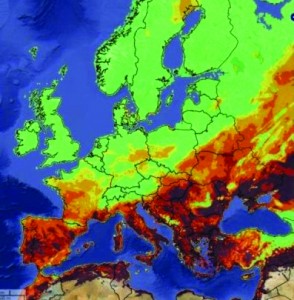 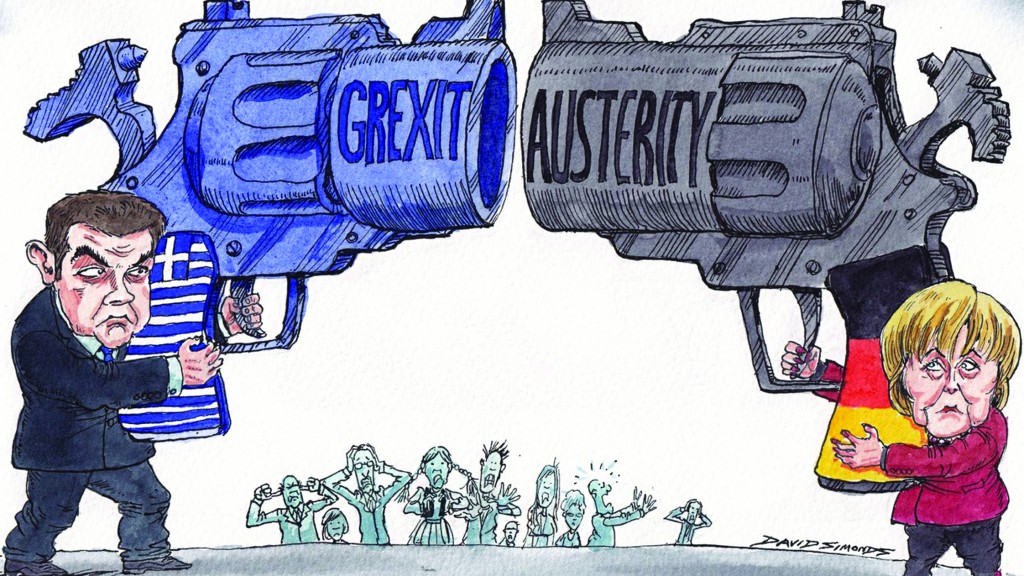 Organising on an international level since 2011 – first with the interplay between the indignados and the movement of the squares, then with an attempted European general strike, and more recently with Blockupy – this young, left-wing and internationalist Generation No has been given a focal point by the election of the SYRIZA government in Greece.
For them, Europe means something quite different. It is neither the colonial continent of the nineteenth century nor the war-torn one inherited by Jean Monet and Robert Schuman. It is not even their parents’ Europe, one of capitalist optimism and liberal progressiveness. For Generation No Europe is increasingly the field of an international class battle, with Greece simply a frontline.
So, in the face of the brutal treatment meted out to SYRIZA by the Troika, they developed an international solidarity movement for Greece. Now it has a motif too, the neat Greek word ‘Oxi’.
This solidarity movement did not just call demonstrations, it created forums for Europe-wide strategising. One notable moment of this involved simultaneous occupations of European Union offices in Dublin and Vienna, another was protests by tens of thousands concurrently in Paris and Madrid.
But the strongest sign of its rise came in Syntagma Square, Athens, on the night of the No victory in the Greek referendum. Thousands gathered to celebrate with the chant ‘SYRIZA – Podemos – venceremos!’. The call was to Europe.
The movement’s internationalism is, undoubtedly, partly down to the European Union. The freedom of movement of people has allowed for the development of strong bonds between young people across the continent. The interconnectivity of its universities has allowed many leading academics in parties like SYRIZA and Podemos to study abroad.
The trajectory, however, is very much in conflict with the European Union as it exists today. A new Europe, from below, with the human face of many of those who have suffered the recent years’ austerity policies, against an increasingly faceless and authoritarian bureaucracy.
The path ahead for this new Europe won’t be easy in core European countries. It will have to break down the power of the myths about the eurozone crisis, spun in the mainstream press. In Germany.
it will have to break down the power of the myths about the eurozone crisis spun in the mainstream press. In France, it will have to arrest the rise of neofascist Marine Le Pen and her Front National. In the Netherlands it faces a similar challenge with Gert Wilders. And there are also right-wing populists in government in the Nordic countries.
But none of these alternatives offer a fundamentally divergent social vision. And, crucially, none of them challenges the root cause of the international crisis – capitalism, the triumph of the needs of capital over the needs of people.
The future is a movement that gives expression to popular aspirations for democracy and social justice, as well as support to policies like the free movement of people, which will define itself as the key challenge to Merkel, Juncker and Draghi in the coming years.
In debates on the EU’s future it will have just as passionate a case to make as the Generation Yes canvassers I met six years ago.
“If you want decent working conditions, a welfare state and democracy – it’s time to say No.” •