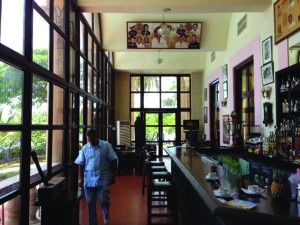 The history of Cuba is the history of sugar, coffee and slaves, and of revolution. The intriguing island of 11 million people, the largest in the Carribbean, is rich in heritage, history and resources. As well – as any visitor will say – with the laughter and generosity of its generations at play. Its tourism attractions, including white sandy beaches, alluring warm waters, the friendly nature of its people, and their rich music, art and culture, may now determine the economic future of the country.  From the arrival of the Spanish in the late 15th century, Cuba became the Caribbean hub of the transatlantic slave trade where millions landed from Africa to work the sugar and later coffee plantations that enriched the settlers in it and surrounding countries and defined the physical evolution of its old cities and towns.

The dramatic victory of Fidel and his band of revolutionaries in 1959 has played no small part in the continuing fascination with this small country, not least in the courage and ability of its people in standing up to the world’s most powerful military force, ever since.

The crippling trade embargo imposed since it refused to bend to its nearest neighbour which, before the revolution, had used it as one big Mafia-run gambling and prostitution den and a source of valuable raw materials, would have destroyed many stronger economies. While it remains poor it does not suffer the widespread poverty, homelessness and drugs-induced crime wars that mark its Caribbean neighbours. Every family is guaranteed its basic food needs, a renowned standard of health care and an education system which compares favourably with those of most, including much richer countries. Cuba has also assisted with the health and educational development of others through the provision of tens of thousands of trained doctors and teachers across poor countries of Africa and Latin America including in exchange for Venezuelan oil. However, its evolution as a global, and cost-efficient, tourism destination is one of Cuba’s most ambitious projects.

During a recent trip to the FitCuba fair in Varadero, sponsored by the Ministry for Tourism (Mintur), the potential of Cuba’s growing tourism industry was evident as journalists from around the world were given a brief flavour of some of the country’s unique visitor attractions. From the historic French-influenced architecture of historic Trinidad on the west coast, to Che’s resting place at Santa Clara and the infamous Playa Giron (Bay of Pigs) in the east, its rich political and social history is mixed with an extraordinary natural beauty. The commitment to preserving the fauna, flora and wildlife of the countryside is in sharp contrast to the over-development of many such unique resources in neighbouring destinations. 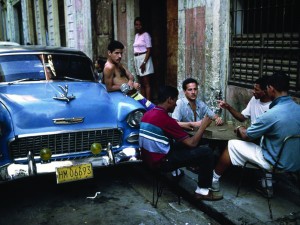 With over two million Canadians visiting each year, Varadero with its teeming, sun-soused beaches and pristine waters, is by now a world resort with investment by Spanish, Italian and other hotel chains carefully improving its product, including the quality of food and other services, over recent years. Visitors to Cuba have often complained about miserable, inconsistent food but a lunch in the five-star Iberostar Laguna Azul hotel revealed a marked improvement in a variety of meat and fish offerings from previous visits. Much attention is also being given to the demands of eco-tourists and especially those interested in diving, yachting and other nautical activities. A new hotel and over 1500 berths at Marina Gaviota at the very tip of the Varadero peninsula offers visitors a chance to rent a craft and travel around the coast of the island at a very competitive price.

Havana too  is a unique location which retains most of its colonial character despite the run down appearance of many buildings not helped by a shortage of raw materials such as paint over many decades, due to the US embargo. The renovation of the historic old city in a culturally- and socially-sensitive way where refurbished houses, hotels and bars are set side-by-side with primary schools and day centres for the elderly makes for a joyful, safe and welcoming environment.

With music coming from every second bar, Havana is a friendly place while the problem of female prostitution that was so apparent during the ‘special period’ of financial crisis in the late 80s and 90s has been largely resolved. Its trademark 1950s Cadillacs and Chevrolets, many of which are now licensed as taxis under new reforms, ensure that cities like Havana and Santiago de Cuba, retain a character that has been homogenised out of nearly all other tourist haunts. For all their difficulties, its people have kept their humour and their principles in the face of great adversity.