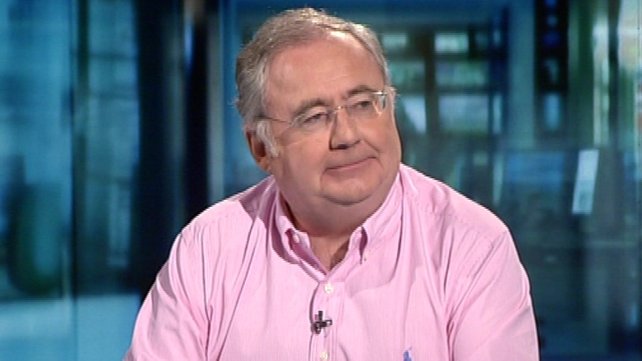 Ray Kavanagh is a good Labour man but he is watching an old movie. I don’t recognise the Labour Party about which he purports to write. “Democratic Centralism”, he claims “is the ruling tendency in the Party since its merger with Democratic Left”.

Is this the same Ray Kavanagh who wrote “Summer and Fall: The Rise and Fall of the Labour Party 1986 – 99”? This apologia pro vita sua was a dirge of complaint about Dick Spring’s supposed “autocratic style of leadership” aided and abetted by a hand-picked half-dozen advisors. According to the author, this unelected kitchen cabinet used to exile poor Ray to the country for the duration of elections while they made all the decisions.

This experience must have seriously scalded itself into Ray Kavanagh’s memory: so much so that he would now like to revive it in the modern Labour Party. But it doesn’t exist. There is nobody working for the outgoing Party Leader, Eamon Gilmore TD who was not born with a Labour membership card in his or her hand e.g. Ita McAuliffe, Mark Garrett, Dr Colm O’ Riordan and former Deputy Derek McDowell.

Kavanagh’s attempt to revive the spectre of factionalism in the Labour Party is not supported by the facts, nor is his argument helped by re-warming the mischief-making of Eoghan Harris in the Sunday Independent.
In the most turbulent period, at least economically, in the modern history of the Labour Party the unity of purpose of the Parliamentary Party was remarkable. Confronted with an existential threat to our economic independence the party withstood the heat and helped salvage the country’s viability. The subsequent handling or mishandling of penalty points and the administration of justice; discretionary medical cards; and the timing of water charges are the issues that rankled with the public. Not factionalism in the Labour Party.

Labour never promised “a recovery with no pain”. The party leader told the conference before it voted overwhelmingly to go into Government that the delegates would be coming to the next conference “through a forest of placards”. “A free health service for all” was never promised by anyone. Actually the balance as between cuts in expenditure and tax increases was not the 3 to 1 sought by Fine Gael but rather was closer to 50:50.

I have watched successive general election campaigns where, in the final week of the contest, Labour fell back outgunned by the superior financial resources of the two big parties. On this occasion the leadership fought back and visibly made up ground. The Tesco ad was part of that fightback. The only former member of Democratic Left involved in that decision was Eamon Gilmore. I heard no candidate and no party member complain at the time. Nor did Ray Kavanagh, now so wise in hindsight, complain – then.

Nor did I, for the record, ever say that “making promises you know you won’t keep is what Parties do at Elections”. Sean O’Rourke put it to me that I had made no attempt to explain the convoluted detail of the Child Benefit issue at election time but had simply promised not to cut it. I replied “isn’t that what you do at election time?”, meaning ‘keep it simple’. In an advertisement the message must be kept simple.

It is perfectly legitimate for anybody to say that the particular ‘ad’ should not have been published. But it is not legitimate for anyone – and not least a party member – to resort to conspiracy theories to denigrate the 2011 best performance by the Labour Party in its hundred year history.

The most offensive playing to the gallery by Kavanagh is his claim that “no faction or tendency must be allowed again to take over and dominate the Labour Party” I would remind him that I got an overwhelming mandate from the rank and file members of the party in the ballot box. My office was initially headed up by Fergus Finlay and laterally by Adrian Langan. My strongest supporters were Kavanagh’s so-called ‘Old Labour’ deputies. Many things have been said to me and behind my back but as Labour leader I was never accused of factionalising – a sport that seems to preoccupy Ray Kavanagh. He is living in the past. There is a difference between rewriting history and making it up in your own image because of some perceived slight in the past.