Planning Bill, more houses, social houses, measures against homelessness – but little about quality; and rezoning speculation to be shortsightedly reinvigorated.

Alan Kelly, Minister for the Environment, Community and Local Government has announced major reforms of the planning system as part of the forthcoming Planning Bill which was approved by Government in early October. The general scheme of the Bill will be published in the coming weeks and is stated to be a legislative priority. New ‘Part V’ proposals will remove the ability of developers to account for their social housing commitments through cash payments to local authorities, a socially divisive possibility facilitated by Fianna Fáil’s Martin Cullen when he was Minister for the Environment in 2002.

The new proposals will ensure that the social housing units will be located “predominantly” on the site of the original developments. The proposals – promoted by a Labour Minister – will further require developers to provide “up to 10%” of their housing units for social housing in this way, though even Martin Cullen and Ministers ever since maintained the rate of “up to 20%” introduced in the 2000 Planning Act, albeit that the percentage was for social but also “affordable” housing.

In the boom although Ireland completed up to 20 new homes per 1,000 population – the highest in the EU – less than two new homes were for social housing, one of the lowest in the EU. More starkly, since 2008 the capital expenditure on social housing has been ruptured by successive budgets with cuts of 80 per cent (from €1.3bn to €275m). This is at a time when demand for social housing has reached an all-time high with 90,000 households on waiting lists. Kelly enthusiastically declared, “This will be a significant and highly socially progressive step forward for the planning process. If this policy had been in place since 2000, we estimate that there would be an additional 15,000 social housing units in Ireland today. Under these plans, we expect in the region of 4,000 additional social housing units built by 2020”. 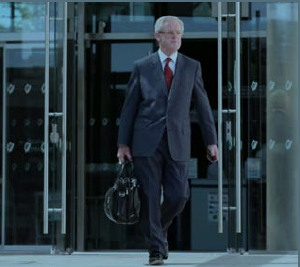 The Labour Party and the Minister for Finance, Michael Noonan, have made it clear social housing is a priority. Kelly notes: “Addressing the current housing supply shortage, which is particularly acute in Dublin, is one of the highest priorities for the Government. While I recognise these provisions will create challenges for builders, I am anxious to work with the construction industry to develop new funding models in order to deliver this housing. We are making significant progress with NAMA in this regard who are committed to providing additional social housing and long may this continue”.

The Planning Bill is being promoted as part of the Government’s Construction 2020 Strategy which aims to provide affordable homes by tripling the housing output by 2020 and adding up to 60,000 jobs to the construction sector. From a high of almost 13% in 2006, the proportion of Ireland’s workers employed in construction is now 5.4pc, which is more than one-fifth below the EU average. The new legislation will also see the introduction of a vacant site levy whereby local authorities, in urban centres of greater than 3,000 population, will have the power to apply levies to property owners who leave their sites vacant.

The proposed levy will work by applying an annual levy at a rate of 3% of the market value to
the site if the owner does not take steps to develop the site. Once in place, local authorities will have the power to apply such levies to vacant sites in areas designated for priority development under their respective local development plans. Minister for Finance Michael Noonan stated on budget day that a public consultation will be launched on the issues of developers allowing sites to lay derelict as they wait for prices to increase.

The focus is on practically focused delivery plan which contains 80 actions that are direct, immediate and solutions based though it has not arrested the problem. Prevention measures are a key part of the overall response to homelessness. A new homelessness prevention campaign was recently initiated in the Dublin Region to support families at risk of losing tenancies in the private rented sector. This campaign includes a public awareness campaign to highlight tenants’ rights and also the availability of supports. €10.5 million of additional funding to address homelessness was announced in the budget bringing the total to €55.5 million in 2015.

However Peter McVerry, a Jesuit priest working with homeless people, considers that the budget fails to address the major cause of homelessness today, namely the increase in rents in the private rental market, particularly in Dublin. While rents have been increasing substantially over the past 18 months, the State’s rent allowance has remained static. Individual tenants and families, unable to meet the increased rent, are being evicted. The recent Central Bank restrictions on mortgage lending will make the situation even worse, he says, as many who had hoped to get a mortgage now find they will not qualify.

While rents have been increasing substantially over the past 18 months, the State’s rent allowance has remained static.

A return to mainstream local authority housing construction was also announced in the budget with investment of €1.5 billion from Exchequer funds for social housing between 2015 and 2017. This is ostensibly intended to deliver 2,500 social housing units next year and 6,700 units by 2017. There will be a major acceleration of local authority direct construction and acquisition which will more than quadruple the amount of social housing units delivered through this mechanism – rising from 200 in 2014 to 946 in 2015. A further €300 million will be provided by way of public private partnerships.

Nevertheless at a rate of 2,500 social housing units per year, it would take 36 years to clear the social housing waiting lists at this rate of construction. It is well below the 18,680 social housing units which were completed in the three years from 2006 to 2008 inclusive. A further €400 million will be provided to approved housing bodies via an off-balance sheet finance vehicle. According to McVerry, “This too is very welcome and the voluntary housing charities are more than willing to play their part in the provision of social housing, provided funding is available”. It could provide a further 2,000 social housing units by 2018. In total, 10,000 new social housing units could be available by 2018 but Focus Ireland highlights that it will take at least 18 months until this investment delivers the first homes for people in need. The charity stresses that there also needs to be a clear and effective short-term strategy to tackle the current crisis in family homelessness and in access to affordable housing for single people. Focus’s Mike Allen said: “This investment is very welcome, but the fact remains that it does nothing today fo the more than 350 families have become homeless in Dublin alone so far this year and the 40 to 50 families who will sadly lose their homes and become homeless this month”.

It is crucial that the Department of the Environment assert quality and sustainability standards to best European levels – standards well beyond the second-rate legacy of the last generation of housing in this country. Meanwhile with less fanfare the government is scandalously to drop the major anti-land speculation measure introduced towards the end of the last coalition, the 80% rezoning windfall tax that made rezoning a waste of time for developers.

Green Party leader Éamon Ryan says this signals: “a return to the corrupt development model that got us into so much trouble in the first place, and there is no evidence the measure is holding back housing supply. 25,000 hectares of land is already zoned across the country, and as a result is unaffected by the current regime. Abolishing or reducing the tax is akin to handing over a brown paper bag stuffed full of cash to the next crop of developers. If there is to be any change to be made to rezoning taxes, it should be the redirecting of windfall profits straight to local authorities. This would re-energise local government, and mean that people see the benefits of land rezoning decisions in their own community”.

Damningly he notes: “The four Dublin authorities may rezone as much as 100 hectares of land each over the next five years. That could lead to a profit of some €1 billion, as the relevant land went from agriculture use values of around €10,000 per acre, up to €1 million an acre as development land. By holding our nerve and reinvesting some of the relevant windfall profits back into the local authorities, the city could stand to benefit from €800 million in additional public spending”. But in a move that has been as underheralded as Charlie McCreevy’s quiet scything of capital tax rates, a Labour Minister for the Environment and his party colleagues will acquiesce in the savagely retrograde and regressive elimination of the measure before it had any effect.

We have not heard the end of the lobbyings of the resurgent property industry, an industry which never learns and only ever forgets. Coming soon: reduced quality, reduced densities, reduced open-space requirements and reduced development levies. Quality of life will have to wait, again.