The recent Dáil debate on a private members bill to provide for terminations of pregnancy in fatal foetal abnormality has raised important human and legal concerns. The bill was opposed by Government on the basis of the Attorney General’s advice that its text was incompatible with the Constitution. However, at my request the Oireachtas Committee on Health and Children has agreed to conduct hearings later this year into whether it would be possible to legislate on this issue within the current Constitutional framework.

In June 2012, I was one of the group of twenty Labour TDs, Senators and MEPs who signed a letter to then Health Minister James Reilly stating that women and couples facing the tragic and traumatic personal circumstances of a diagnosis of fatal foetal abnormality should not be forced to travel out of Ireland to terminate their pregnancies. On an analysis of the relevant law, and in particular the 2005 European Court of Human Rights (ECHR) case of D v. Ireland, we argued that legislation permitting terminations of pregnancy in cases of fatal foetal abnormality could be drafted in a manner compatible with Article 40.3.3 of the Constitution.

In the D case, one of the twin foetuses that D was carrying was already dead and the other had a diagnosed fatal foetal abnormality. D had to travel to England to terminate her pregnancy in these terrible circumstances. She then took her case to the ECHR, arguing that she should have been able to terminate her pregnancy in Ireland. However, the Irish Government argued that D should have brought her case in the Irish courts, as she was likely to have succeeded there.

The European Court accepted this argument, agreeing that: “there was ‘at least a tenable’ argument which would seriously be considered by the domestic courts to the effect that a foetus was not an ‘unborn’ for the purposes of Article 40.3.3 or that, even if it was an ‘unborn’, its right to life was not actually engaged as it had no prospect of life outside the womb”. (para 69).

The Court concluded that if she had initiated her case before the Irish courts D’s case would have been “an arguable one with sufficient chances of success” to mean that a domestic legal remedy was therefore in principle available to her, and she should have pursued her case through the Irish courts. Accordingly her application to the European Court was ruled out of order. The judgment in D v. Ireland clearly envisages that terminations of pregnancy in cases of fatal foetal abnormality would be declared lawful in Ireland under Article 40.3.3 of the Constitution.

Given this legal analysis, legislation setting out criteria for fatal foetal abnormality could be drafted so as to be compatible with Article 40.3.3 of the Constitution, and therefore capable of being introduced without constitutional amendment. That is why I am very pleased that the Oireachtas Committee agreed to undertake a review of the relevant law to examine whether it would be possible to draft legislation, compatible with Article 40.3.3, setting out the criteria whereby terminations of pregnancy might lawfully be carried out in cases of fatal foetal abnormality.

I accept that such legislation could only apply to those cases where doctors were certain that there was no prospect of the foetus being born alive. It could therefore only provide support to a small number of those who receive a diagnosis of fatal foetal abnormality.

The real problem is the language of Article 40.3.3. For over thirty years, its restrictive effect has caused pain and distress to women, their doctors and families. As Master of Holles Street Dr Rhona Mahony recently said, under the current Constitutional framework, doctors are forced to wait until a woman’s condition is clearly life-threatening before they may terminate pregnancy; serious risk to health is not enough.

Repeal of the Eighth Amendment (Article 40.3.3) is necessary before we can legislate effectively for terminations of pregnancy, not just on grounds of fatal foetal abnormality, but also on grounds of risk to health, rape or incest. Within the Labour Party, we have initiated a Labour Women Commission to develop a policy on repeal of the Eighth Amendment, ensure that, if Labour is in Government after the next election, a referendum will be held, and secure the introduction of sensible and compassionate legislation on this issue.

The Protection of Life During Pregnancy Act was long overdue and welcome. However, there is now clear public support for legislation allowing abortion on a wider range of grounds. We must work towards holding a referendum to remove Article 40.3.3 from the Constitution, so that progressive legislation can be introduced to address the real reproductive health needs of Irish women. • 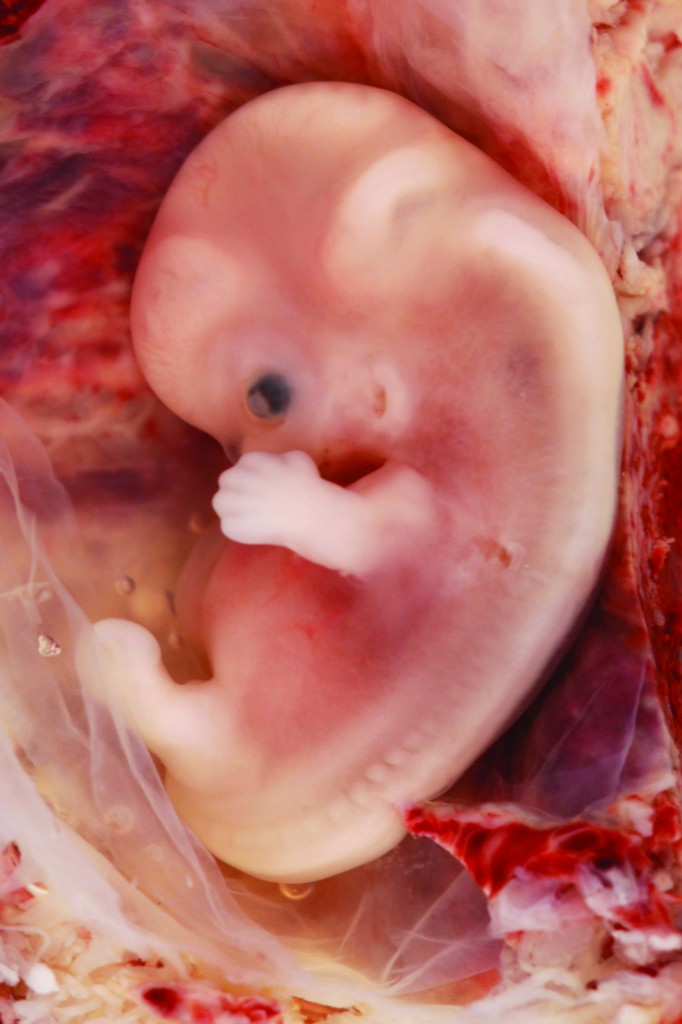