‘Transformers’ came out ten years ago this month. It’s not exactly a milestone event in the history of film, but it has left its mark. For those who have not seen it, it is a highly kinetic science-fiction action movie featuring a war between rival races of shape-changing robots, with Earth as their main battlefield. There have been four more instalments in the franchise since 2007, with ‘Transformers: The Last Knight’ on multiple screens across Ireland this summer.

The ‘Transformers’ concept grew out of a line of children’s plastic toys of the same name, and the experience of watching the movies gives more or less the same pleasures as watching a four-year-old smash a couple of pieces of coloured plastic together. Critics have panned the films in this way (i.e. mercilessly) from the start, but they are extremely popular, the first four of them amassing a profit of almost $3bn worldwide.

We can use ‘Transformers’ as a good lens for understanding a set of very rapid developments in cinema and media more generally over the ten years since it came out. First, it typifies the strong trend towards large-scale blockbuster sequels, often based on superhero franchises, that have come to dominate the box office. Think ‘Batman’, ‘Spiderman’, ‘Superman’, and ‘The Avengers’, all of which are in their sixth, seventh or later versions, depending on how you count the core stories and their spin-offs. Other multiply-sequelled titles of the past decade or so include ‘Pirates of the Caribbean’, ‘The Fast and the Furious’, ‘Alien’ and there is plenty of evidence that the testosterone-fuelled trend will continue in the form of, to name a few, Lego toy spin-offs, ‘Cars’, and ‘Wonder Woman’.

What ‘Transformers’ shares with all of these is its furious pace, especially in the action scenes. The 2007 film is often pointed to as the first notable example of a frenetic editing style that produces ‘chaos cinema’. Traditional editing techniques for mainstream movies put a lot of effort into making sure that the viewer maintains a coherent sense of the space of the action. If moving to the right in one shot, a character had better be moving to the left in the next shot if the camera has moved to the opposite side.

‘Transformers’ junked this convention. Not only is its Average Shot Length (ASL) around the frenetic three-second mark (as opposed to the average ASL of about eight seconds), but many of the shots are literally incomprehensible. In chaos cinema, objects, characters, vehicles and debris fly across our vision in practically any direction, producing a hectic sense of energy that exhausts many (mostly older) viewers and draws in millions of thrill-seeking, distracted and distractable viewers. The soundscape is also packed with content, much of it also meaningless, if you are looking for sound that contains usable information, but meaningfully exhilarating if you are looking for a sonic rush.

The notion that there is such a thing as ‘chaos cinema’ arguably became established with the release of a two-part video essay, titled ‘Chaos Cinema’, by Matthias Stork in 2011. The development of the video essay itself is part of the broader story of what has been happening to visual media in the ‘Transformers’ decade. Video essays generally consist of multiple clips from movies accompanied by a voiceover exploring a certain theme, filmmaker or trope. They can be high- or low-brow, are usually amateur, and often grow out of fan culture. They are posted online and occasionally go viral, the most successful garnering hundreds of thousands of views. As such, the video essay as a genre in itself is highly distinctive of this last decade, during which a great many of us have barely lifted our eyes from our screens. 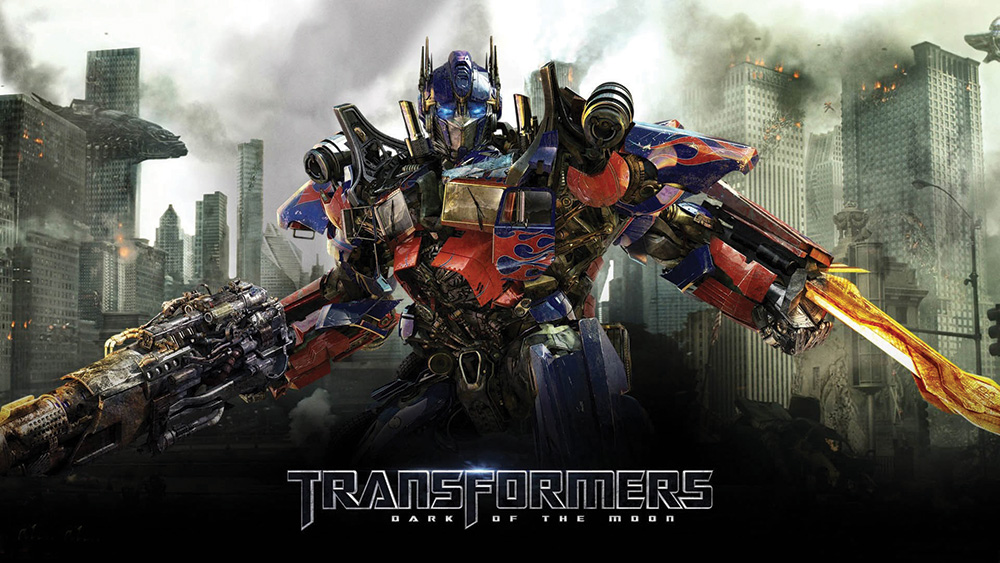 The popular style among video-essay practitioners (should we say ‘filmmakers?’. ‘Essayists?’) is typified by Tony Zhou, an American editor who presents snappy analytical pieces, often with a pedagogical edge. The style is the NPR-mode, akin to (for you podcast listeners out there) ‘99% Invisible’, ‘Radiolab’ or ‘This American Life’. There is a taste for the quirky, for a studied, homespun relaxedness that makes the content come across as a series of interesting titbits to stimulate the viewer-listener. The content is thought-provoking, observational, supposedly serendipitous, and positions itself as intellectually sophisticated but is usually rather lightweight and carefully apolitical. In other words, it is clickbait for hipsters.

Despite my cynicism, it is clear that the video essay is full of exciting possibilities, including what are called ‘desktop documentaries’. An excellent example is by the prolific video-essayist Kevin B Lee, whose 2014 ‘Transformers: The Premake’ accompanied the cinema release of the fourth Transformers movie, ‘Age of Extinction’. Without using voiceover, Lee guides us around his computer desktop, featuring various videos, maps and other sources of information about the making of this film. But this is more than a behind the scenes sneak preview.

His account is a fascinating demonstration of the pop-will-eat-itself circularity of modern media. ‘The Premake’ shows how the makers of ‘Transformers 4’ co-opted the videos taken by fans and bystanders as part of their publicity campaign before the film was released. That is, the studio used online footage of scenes being shot in public places that people had posted of their own volition. Not only was this an extremely clever way of fanning the flames of already existing fandom, but it was cheap too. The work that people were willing to put into their social media profiles was harnessed by the studio without needing to pay for it.

When filming moved to Hong Kong and elsewhere in China, the amateur camera-phones were there ready for them, expectantly hoping for a glimpse not only of A-lister Mark Wahlberg but also of the Chinese star Li Bingbing. The attention that blockbusters get from local media during the filming process is now integrated into the marketing campaign, and the work of generating the content is almost exclusively done by regular people. The rest is done by public-relations companies that simply direct media outlets towards the relevant content with hashtags and media postings. They follow this up by supplying copy and images to local press and TV, which hoover them up, glad of the free, pre-edited, glossy, and business-friendly content. Local press and TV are themselves starved of revenue because of the shift to ‘free’ online content, so they take any free content they can get, effectively forced to participate in the very trend in the mediascape that is destroying their business models.

All of this takes place under the aegis of tourism initiatives, tax breaks and photo-shoot-hungry city officials. The Bollywood extravaganza ‘Ek Tha Tiger’, which was filmed partly in Trinity College Dublin in 2012 exploited exactly this phenomenon. Two major non-state revenue streams that Trinity increasingly relies on, as the prospect grows dimmer of any real improvement in government spending on higher education, are tourism and international students, who pay enormous fees. At the time of filming, Trinity’s Provost for Global Relations, Jane Ohlmeyer, welcomed the opportunity to tap into both of these simultaneously: “The College currently boasts a wide array of teaching and research relating to India along with growing numbers of students from South Asia. ‘Ek Tha Tiger’ not only gave Trinity a chance to showcase our magnificent campus to a huge Bollywood audience but also gave our Indian students a chance to catch a glimpse of two of India’s biggest stars in action here at Trinity College”.

Finally, it is telling that nothing in this article so far has addressed the content of ‘Transformers’. The movie is as much a media event as a story made up of pictures and sounds. This is apparent in the way that underage children consume blockbusters as media events (in the form of toys, trailers, pyjamas, stationery, stickers, animated versions, television adverts and so on) without ever seeing the movies themselves. Just as children who never see football nevertheless participate in its market as consumers of celebrity-endorsed clothing and footwear and of player-card collections such as Match Attax, the contemporary media consumer will ‘see’ or ‘read about’ or ‘know about’ any number of films, news stories or celebrity gossip without ever needing to see, read about or know anything about the source event or product. If you haven’t seen ‘Transformers’ or any of its sequels, you don’t need to. This article has told you all you need to know.

Cormac Deane lectures in film and media at the Institute of Art, Design and Technology.