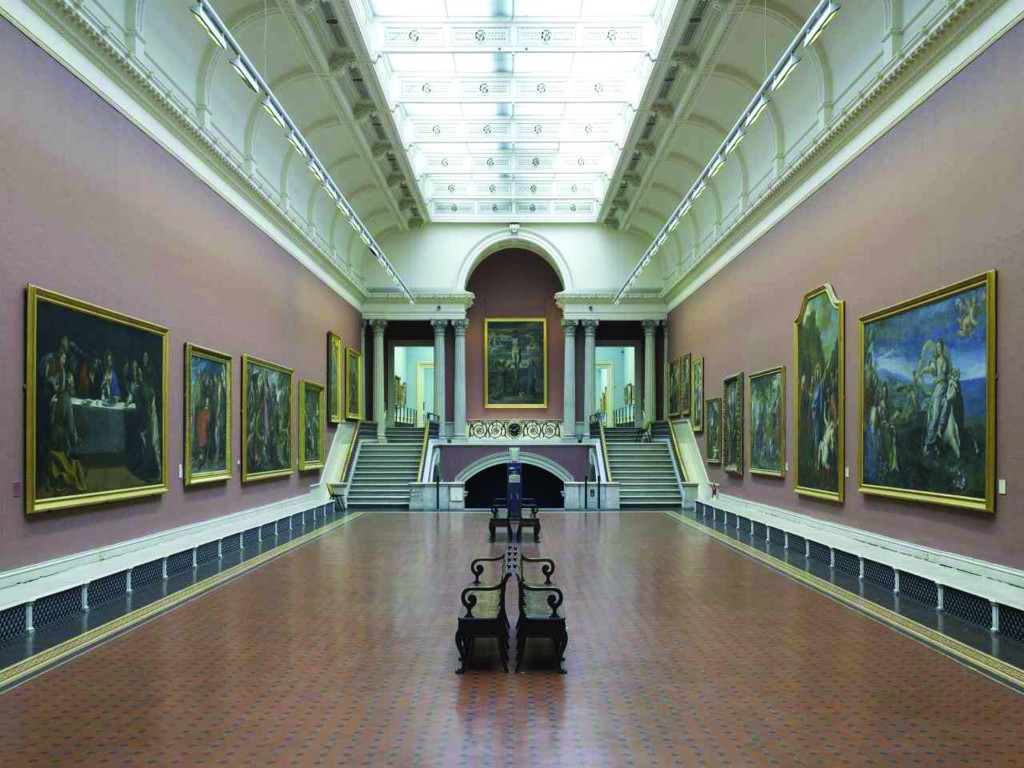 “I think what we do in Europe is to look more towards the private sector to get people on board in a more complex and nuanced way, as that’s the only way we’ll allow our institutions to thrive. The relationship to government is where we have to be very vigilant. I think the arm’s length principle is important. One definition of this is to create a distance between the public funder and the institution to stop political distortion, and to create an independence of creative action in the organisation itself. For example, collections would be held in trust by the institutions rather than the state”. Distance is important.
“Centralising may work for civil service departments that have inputs and outputs and actually implement government policy, but arts organisations don’t implement government policy except in a general way; they don’t in particular or we would have long since been told what to do for the decade of commemorations for example, and it should be that way. I don’t think the submission of business plans and strategies and documents for the minister’s approval so the minister can tell arts organisations what to do is ultimately the right way. If you want healthy arts institutions that can deal with outsiders and funders in particular, you’ll need to be able to reassure people that their gifts or funds will be put to work for the institutions, and not be coopted by the government to another agenda”.
He is not keen on the idea of charging admission to the gallery.
“In the UK there was a moment in the early noughties when Tate had to decide whether to charge or not because funding was so low. The government found money for six months, and then established a policy of free entry for all museums in the UK, which also led to an exponential growth in visitor numbers but also in fundraising and development. These things go together, and when outside people see museums being enterprising and flourishing, they want to support them. They want innovative, outward-looking organisations with independence and autonomy. They don’t want to support institutions that are withering on the vine – sometimes for bureaucratic reasons rather than simply for funding reasons”.
He believes that charging into the National Gallery would immediately cut visitor numbers in half. “The idea of popping in for ten minutes is a wonderful idea”, he says. “Since we don’t have identity cards we can’t really differentiate Dubliners or Irish citizens whether from home or abroad from tourists so it would be hard to administer”.
He recalls that the Staatsgalerie Stuttgart began charging a fee in the 1990s, and suffered a drop off of visitors, with little financial gain, once administrative costs had been paid.
Rainbird argues that the gallery must remain outward-looking in order to attract both visitors and funding. “We had over 80,000 people coming to public events such as artist lectures last year. We offer events to all age groups in a very democratic way. If someone wants to have a performance artist in the front foyer on Culture Night, yes, we’ll give them a go. We’ll participate rather than be stand-offish. If someone wants to show a contemporary artist, we’ll try to fit them in. That to me is a sign of a very healthy institution”.
The short-lived appointment of Fine Gael activist John McNulty to the board of IMMA in September illustrated the tendency of political parties to use arts organisations as political proxies.
“Arts organisations may look like a soft touch but I think this incident showed that a huge amount of people care passionately about their arts organisations and don’t want to see these things happening”.
The affair touches on critical issues of independence and autonomy, he says.
“Arts organisations are delicate flowers like everyone else but we do have to run an edifice, we have bricks and mortar and we have collections to look after. Most of what we do is bespoke and you can’t just stick the conservation of pictures on to a conveyor belt as if every one is the same. Arts organisations need to be run very carefully. Equally, a lot of what we do is about confidence. It’s about public confidence, it’s about confidence in the collections, and confidence in the visitors, and if you disrupt it, you can easily damage the organisation. Then it’s the director of the arts institution who is stuck in front of the press to answer the charges rather than the people behind the department desk. That’s why we’re very conscious of the need to act above board and to act fairly and and transparency.”
Like many of the national cultural directors hired recently, Rainbird is working on a five-year contract. “I personally think it is too short to do good work, but that’s what they wanted at the time”, he says.
He laughs when I ask if he spends much time on matters of art. “It is everything but about art. The last six months, I have probably spent one per cent of my time on artistic matters and 99 per cent of time on legislation, governance, the Comptroller and Auditor General, the Department, any manner of HR issues, the austerity agenda and the budget. Governance is a really critical issue, and I think we can put more attention on it in the new year to re-establish the roles of institutions and their boards and government emphasising independence and autonomy because I think it’s very important to re-establish what ‘arm’s length’ actually means in the context of fundraising and the programming that the institutions do, and their ability to run their own business.
You can’t really separate the curatorial and artistic matters of a National Gallery or the Abbey Theatre or IMMA from the way you organise and finance and bring about those particular projects”. •