The Religious Sisters of Charity have now transferred the assets held by them in St Vincent’s Healrhcare Group to a Catholic holding company which was  set up by offshore specialists with links to the Panama Papers. 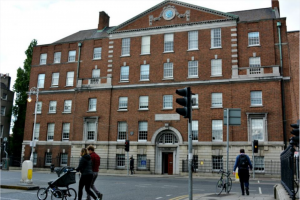 The British Virgin Islands   have just made the news with the arrest of their Premier in Miami on Thursday on charges of money laundering and drug trafficking. The territory features sporadically in the Panama Papers, and the territory is now facing direct rule from London following a year-long UK inquiry into government malpractice. The islands have hosted more than 370,000 shell companies,  used to control assets totalling $1.5 trillion on behalf of undisclosed owners. These owners included shady oligarchs and politicians.

Until this week, the nuns owned three hospitals:  the enormous St Vincent’s University Hospital, which the order used to mortgage the building of their private hospital: St Vincent’s Private Hospital; and St Michael’s Hospital in Dun Laoghaire. The congregation also owned the Elm Park and Dun Laoghaire sites. The hospitals and the lands were valued at €661 million in 2018. The Elm Park site now owned by St Vincent’s Holdings covers a sprawling 28.7 acres. Housing land in the vicinity  is currently making €5 m per acre. This does not represent the full site because the congregation has held onto its old private hospital, which sits on a further 1.8 acres. The Religious Sisters of Charity are set to rent the property, now known as the Herbert Wing, to its former company.

It got it by insisting on retaining ownership of the site on which the new hospital is to be built, and using this ownership to press for an operating licence (a key condition of the lease).

The purpose of this licence, to be given back to itself, is to enable the St Vincent’s Healthcare Group to control the use of the land and, by extension, the activities of the new hospital.

As its constitution shows, the new holding company, St Vincent’s Holdings CLG, was set up by two companies limited by shares. Informed sources say that this is a highly unusual arrangement for a not-for-profit company. The subscribers to St Vincent’s Holdings CLG, which appear on the final page of the document,  are Stembridge Ltd and Porema Ltd. Both are active in what has been termed ‘the offshore economy’. Under the constitution, these subscribers are the members of the new holding company. 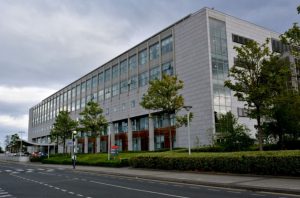 Stembridge and Porema are linked. CRO filings show that they share the same CEO, cross directorships; the same secretary and the same address.

These offshore specialists appear on the website of the International Consortium of Investigative Journalists which details who is behind more than 800,000 offshore companies, foundations and trusts from the Panama Papers, Pandora Papers, Paradise Papers, Bahamas Leaks and Offshore Leaks investigations.

Both Stembridge and Porema are listed as being linked to a vast number of offshore entities. Each one is associated, separately, with well over 200,000 offshore companies, and each is linked to over 2,000 “intermediaries”  (described as “introducers”). Even allowing for a 40 per cent overlap between these entities, these numbers are dizzying.

Stembridge is itself an intermediary, according to the Irish Times. In 2016 the newspaper reported that Stembridge (cited as Stembridge Trust Ireland and owned by Paul Newman, who was listed as living in Switzerland) was one of seven intermediaries in Ireland with links to the Panama Papers.

One section of the Panama Papers relates to the Mossack Fonseca leak. Mossack, described as one of the world’s largest wholesalers of offshore secrecy, was a Panama-based law firm. It kept the financial secrets of global celebrities, oligarchs and criminals for four decades, flouting rules requiring lawyers and other offshore specialists to identify and verify their clients, to prevent ill-gotten gains from being salted away. In 2016, 11.5 million documents from the firm’s records were leaked. Its bread and butter was the setting up of shell companies in tax havens, so, when the tsunami hit, the firm didn’t know who its clients, numbering tens of thousands, were.

The leaked files show that Stembridge was linked to 24 offshore companies associated with Mossack Fonseca.

Two of the directors of Stembridge and Porema, Karen Corcoran and Sue Jesper, signed the St Vincent’s Holdings CLG constitution. The leaked files show that Stembridge was linked to 24 offshore companies associated with Mossack Fonseca.

Corporate Formations International also has a strong presence on the International Consortium of Investigative Journalists website:  the company is linked to over 275,000 offshore entities; and well over 3,000 intermediaries. Again, even allowing for a 40 per cent overlap, these figures are eye-watering.

There is no question, nor any implication, of illegal behaviour in any of the above on the part of any of these companies. What it is, however, is complex.

Why did St Vincent’s Healthcare Group, which a registered not for profit, invite offshore specialists Stembridge and Porema to be the subscribers to its holding company, St Vincent’s Holdings CLG, another registered charity approved by the Charities Regulator and exempted from tax by the Revenue Commissioners?

And why did St Vincent’s Healthcare Group choose to define these companies limited by shares, legally, as members of St Vincent’s Holdings, an entity set to hold assets worth up to €1.75 billion, including a brand new hospital built by Ireland’s taxpayers?

Bon Secours Health Systems merged with its American counterpart in 2019. There is nothing to prevent St Vincent’s Holdings from selling off its assets to an overseas healthcare provider on condition that it shares the same Catholic values and mission.

The involvement of these offshore specialists in St Vincent’s Holdings is evidently strategic. But strategic for whom and for what purpose? 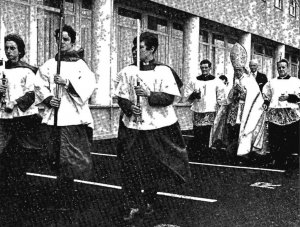 For a lookback at the powerplay behind the new maternity hospital, see Rolling back the Eighth Amendment: the Church&#8217;s power grab for the new national maternity hospital­­ — backed by government. By Marie O&#8217;Connor.

See also: Proposed national maternity hospital: &#8220;We cannot even get guarantees there will not be religious iconography on the walls&#8221;  &#8211; Deputy Duncan Smith on Government plans. By Marie O&#8217;Connor.