One of my favourite alt-right memes is deliciously simple. It features a badly-drawn obese American on a mobility scooter. A hamburger is dangled before his eyes. The dangler is not Trump, but his chief strategist Steve Bannon, himself being led by a dangled headshot of Trump held ahoist by white supremacist Richard Spencer. This Russian doll parade extends ever further backwards into increasingly obscure layers of the alt-right, from Adult Swim prankster Sam Hyde to the creator of the neo-reactionary movement, Mencius Moldbug.

What I like about this meme is Trump’s insignificance. He provides excellent spectacle, but effectively he performs a function, he’s a means to other people’s ends. Trump is a conduit for two distinct, but not mutually exclusive, projects: Steve Bannon’s meta-historical ‘Fourth Turning’ and the tech-revivalism of PayPal founder Peter Thiel. Both projects hinge on a worldview informed by the stagnation of current political conditions and both require a fundamental re-set of the political order. Both intend, as Trump promised throughout his campaign, to “drain the swamp” and build condos on top of it for themselves.

Stand too close to Bannon and Thiel and it is hard to imagine what unites them. Take a few steps back and the alliance is eminently sensible. They are two highly ambitious libertarians who owe much to the silent libertarian coup that occurred a little before Trump’s elevation. This article connects the rise of the alt-right to Bannon’s philosophy of history. In a second article next month, I will show the allure of neoreactionary politics for everyone from cryptocurrency enthusiasts to the controversial philosopher of accelerationism, Nick Land.

This was no ordinary coup, but a psychic one and it was embodied in the Tea Party. Much like Trump, the Tea Party was often derided for its tackiness, stupidity, and brash nature. Then, as now, liberal late-night talk hosts made hay of its characters. Sean Spicer now, Michelle Bachmann then. 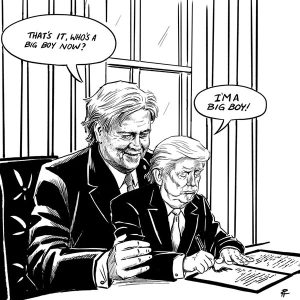 But the Tea Party performed an important function for its backers, those comic-book villains of American politics, the ultra-libertarian Koch brothers. The goal was to infuse the Republican Party, then broadly a middle-of-the-road alliance of neo-conservatives and evangelical Christians, with a radical deregulationist strain. The means was the populist Tea Party narrative, which turned out to be far more powerful than they at first realised because it was laced with a sense of betrayal. The political unconscious that liberalism refused to face up to, the betrayed white working class, itself faced up to the liberal consensus, and won. The Koch brothers, who refused to back Trump, went looking for new ways to influence American politics.

Trump had long ago smelled blood, but never quite had the right opportunity to sink his teeth into something. It’s easy to forget that he has never held political office, has scant political experience outside minor campaigns, and has found shifting political allegiance easy. And this helped, a lot, because Trump was not responsible. He had betrayed nobody. As a result, he was able to personify a new politics of anti-politics. This anti-politics politics was really a reversion to paleoconservatism entailing a turning inwards, through tactical isolationism and protectionism, yearning for the status quo before malignant globalism emptied the entire shop out.

From this perspective, Republicans had allowed parasites to feed off the labour of the silent majority. Even worse, they had offered scant reward for the blood sacrifices in Afghanistan and Iraq. Trump linked the spent war-chest to the infrastructural decline of mid-Western American cities, to economic stagnation and burdensome debt. It was a story of unpaid debts, both moral and economic.

In his inaugural address in January, Trump, almost certainly under the influence of Bannon, couched this narrative in the language of the left-behind, of a nation dying, of loss, most notably in the memorable image of ‘rusted-out factories scattered like tombstones across the landscape of our nation.’ This is the narrative of a generation that felt it had been consigned to history. Trump is their punk anthem, no future for us, just demographic oblivion, but before that happens one last party listening nostalgically to America’s Greatest Hits. The white tribe was not done yet.

The Browning of America

The younger generation of this tribe is enraged when liberals pooh-pooh their fear of demographic supersession, the “browning of America”. They see the restoration of populism as the strategic opening for the re-assertion of their birth right, with the result that they are often portrayed as irresponsibly nihilistic. Their tactic is to adopt, and spread, a feeling of ecstatic merriment. Inside this culture – stretching from 4chan to pick-up artist forums to “frogtwitter” – fun matters. The restoration they envisage is almost always expressed in terms of relief, to be finally free again to say what they want to say, to think what they want to think.

The prank is enhanced by the high seriousness with which their transgressions are regarded by their enemies. They are acutely aware that in the battle of identity politics they are de facto the enemy. Their enemies, the social justice warriors of the progressive left, are read as hysterical utopians bent on subverting the natural order. The entire progressive project is mocked, whether for the proliferation of pronouns to describe gender or for the postulation of rape culture. The alt-right want to expand the Overton window that defines what is acceptable in general discourse.

Milo Yiannopoulos embodies this trend perfectly, a walking manifestation of the contradictions of identity politics, leveraging his status as gay and Jewish to shield himself from critique. It is his ability to verbally machine-gun the mixed stew of enemies of the alt-right that made him a media star. Those targets are varied – feminism, globalism, Democrats, Black Lives Matter. But above all it is animosity towards Islam that weds the alt-right to the wider populist nexus.

The alt-right sees in Islam not just a terrorist threat, but a long-term demographic one too. Yet it is not really Islam ‘proper’ that matters to them now, but rather the role Islam occupies in the hierarchy of progressive politics. For the alt-right, Islam lives at the top of the identity totem pole, with all other oppressed groups subservient to its whims. This status essentially inverts how most of society sees Islam, where Muslims might be a vague liminal threat or an oppressed minority, but certainly not on top.

Within the alt-right, however, the deference shown towards Islam is evidence of an insidious alliance between Cultural Marxism and Salafist extremism. Progressives are useful idiots so dedicated to the erasure of white hegemony that they cannot foresee their eventual elimination by hard-nosed Islamism. They are infected by a self-destructive, self-believing fervour that blinds them to such long-term consequences. This is why Milo, despite the seemingly noxious aspects of his identity – for traditionalists, is accepted. He may not be perfect, but at least he’s not a Muslim. In other words, in the inverted variation on identity politics found in the alt-right, Islam has its own unique status at the bottom of the pile. 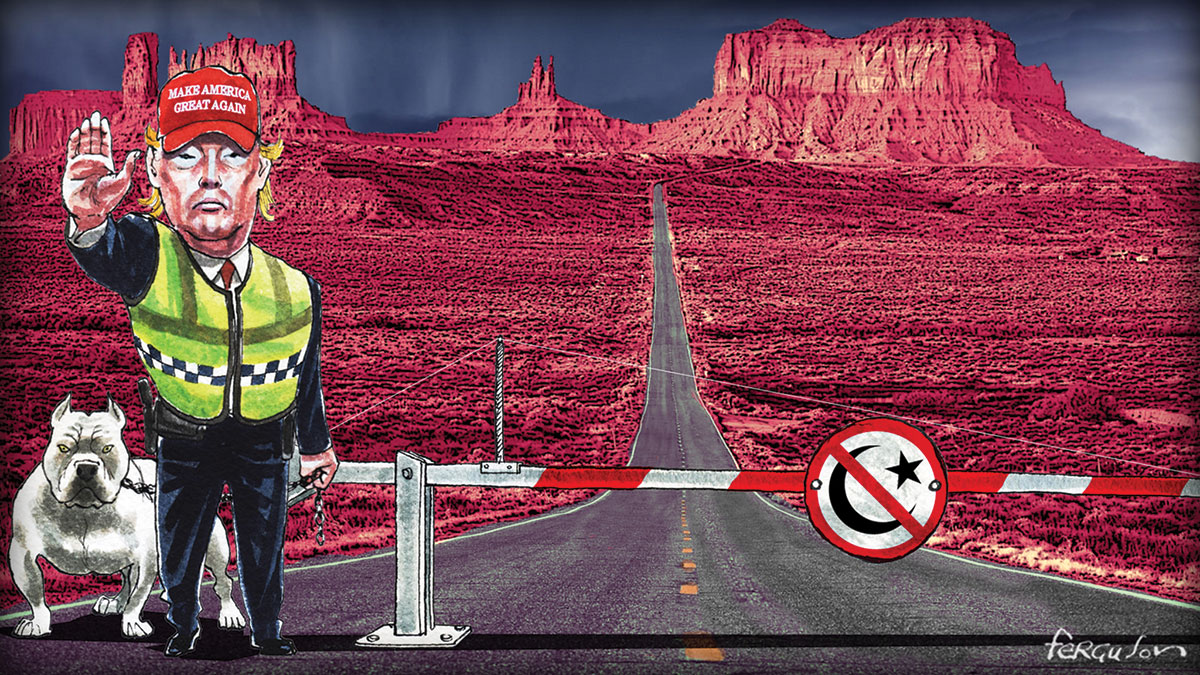 Enter Bannon, stage right. His background is varied, to say the least, but his most influential before being Trump’s advisor was as executive chair at Breitbart News. Breitbart is an ultra-conservative news outlet that, amongst other quirks, trades in sordid tales about Islamic immigration. If one were to read only Breitbart, one would conclude that Sweden is a satellite state of ISIS. As the British philosopher of accelerationism Nick Land puts it (more on him in the next instalment of this article), Breitbart sees the West as being sucked slowly into an Islamic vortex.

From Gamergate to Milo

Breitbart is permeated with Bannon’s favoured theme of a clash of civilisations between the West and Islam. Yet it does more than this. It acts as the mouthpiece for adjacent clashes, most notably the relatively obscure Gamergate scandal. Gamergate was a battle between a large cohort of male videogamers and mostly female tech journalists over the perceived attempt to render videogames more progressive. Bathed in the no-boundaries militancy of 4chan culture, it quickly descended into a prolonged misogynistic harassment campaign before petering out.

Who emerged as a key voice of the nascent alt-right movement from this skirmish? Milo, who was originally a tech journalist. Milo helped Breitbart add the youth wing of the alt-right to its arsenal. For Bannon, Milo encapsulated the voice of Generation Zero, his name for the current generation and its inheritance of nothing of value from the previous generation. An army with nothing to lose.

In Bannon’s vision, the baby boomers engaged in the systematic annihilation of Generation Zero’s inheritance, an act that conforms to a natural tendency engrained into the process of history. Bannon subscribes to an esoteric version of history known as the ‘Fourth Turning’. Developed by amateur historians William Strauss and Neil Howe in the 1990s, it might never have been more than a curio clogging up second-hand bookstore shelves, were it not for Bannon. The Strauss-Howe generational theory follows the tradition of cyclical history dominated by figures such as Mircea Eliade and Oswald Spengler. If you don’t recognise those names it is probably because unlike me you didn’t spend a chunk of your graduate studies reading about the exploits of populist quasi-fascist intellectuals (I was studying Heidegger, so I had to).

In the first half of the twentieth century you could still find history books that read like Hegel without hope: half-manic with brute fatalism. Russia has carried on this tradition with its very own philosopher of destiny, Alexander Dugin, for whom world-historical entities are endlessly locked in stubborn geopolitical spats. Dugin is a Heideggerian, so I understand him, but unlike me he is Putin’s favourite thinker, his beguiling Rasputin. Strauss and Howe are not quite as intellectually impressive, but they re-insert, through Bannon, the concept of history as not just “not over,” but this “not over” as itself a part of history, the crisis-phase of cyclical history. This is why ours is set to be one of the most philosophical of eras, because ideas have been shown to be powerful, when not too long ago we had come to believe they were not. All that time of intellectual slumber in the West was not misspent; the fringe thinkers were simply biding their time, since they trusted in the inevitability of the crises that would give them voice.

How did Bannon apply the logic of cyclical history to the United States? What is the significance of his removal from Trump’s National Security Council? What is the attraction of cryptocurrencies such as Bitcoin to the neoreactionary movement? And what has PayPal cofounder and early Facebook investor Peter Thiel got to do with all of this? 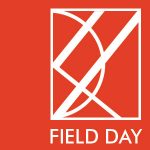