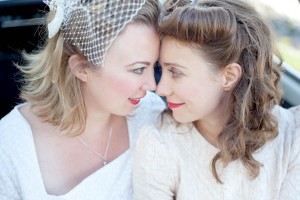 In many ways the coming out of Minister Leo Varadker was the starting gun for the marriage equality referendum campaign. His announcement brought the forthcoming campaign to the attention of the media and the public in a manner few expected. On a yet to be determined Friday in May the Irish electorate will get to vote on whether or not they want lesbian and gay people to be able to marry the person they love.

A successful Register to Vote initiative (YesEquality) has been organised. Some 40,000 new voters put their names on the electoral register. These mostly young, first-time voters will be a crucial cohort in May. All recent polls on voting intentions show that a majority will vote Yes, but until now those being polled have not been engaged with the campaign. Younger voters are hugely supportive of the proposal. Ensuring that the youth vote is mobilised and informed is a key challenge. Student and youth organisations are already launching initiates in this regard.

Irish society has come a long way since decriminalisation of homosexuality in 1993. Civil Partnership in 2010 was a milestone on the road to equality for same-sex couples. Civil marriage equality will bring equal recognition before the law for lesbian and gay people.

If you support the campaign, you could:

Start conversations: Conversations about the referendum at home or in the work place are important. Ask others how they are thinking of voting. Encourage them to check the register and to vote. Explain your reasons for voting Yes. (see www.marriagequality.ie for information).

Donate: A fundraising initiative (#sharethelove) asking people to give small personal donations or organise fundraising events for the campaign has been launched. If you text Love to 51500 you will get a text back telling you how to make a donation. Encourage your friends to donate too.

Get organised locally: Join or form a local group interested in canvassing in the run up to the vote. Identify the spaces in your locality where people gather, and where you could canvas their vote. Groups are forming, targeting train stations or simply planning to knock on doors with camaign leaflets.

Note the date: Make sure you put the referendum date in your diary when announced. Vote Yes on the day. Tell ten others about the date and organise to go together to vote or give a lift to those who need support to get to the polling station.

Many civil society organisations are gearing up to support the campaign, including the Trade Unionists for Civil Marriage Equality, USI’s #makegráthelaw, students for marriage equality, and Faith in Marriage for people of various faith communities who intend to call for a Yes vote.

A coalition campaign for civil marriage equality will soon be launched. ICCL, GLEN and Marriage Equality will play leading roles in co-ordinating it. This grassroots-led, grassroots-targeted campaign will be looking for local community groups and bodies who support a Yes vote to ensure that as many doors as possible are knocked upon and as many Dart/Luas/train stations and football/sporting occasions as possible have a Yes campaign presence.

The Children and Family Relationships Bill (2014) is being debated in the Oireachtas. It will bring greater equality for diverse family types including addressing issues of guardianship, parenting and the right to apply to be adoptive parents for same-sex couples. Voters must see clearly that the referendum is not asking people to judge whether or not lesbian and gay people make good parents or should be allowed to parent. Lesbian and gay people already make wonderful parents. This issue is likely to be raised by the opposition and voters must understand that what they are being asked to vote on is the right for lesbian and gay people to enter the institution of civil marriage. We want to live in a country where you can marry the person you love.