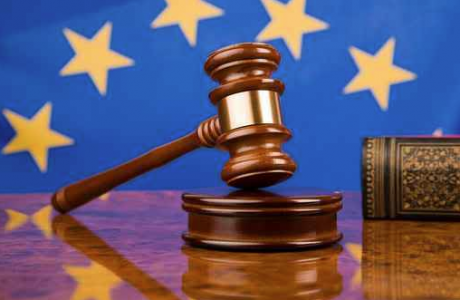 In 1967 the Department of Education initiated free transport for post-primary schoolchildren. It was a progressive initiative thought up by the Minister, Donogh O’Malley, requiring that €1.2 million be paid to CIE for the first year to perform “matters of a purely transport nature”. CIE exacted a profit of 4% on top of their specified costs and it was a good earner for them, indeed the only area of growth in the company.
In 1971 CIE realised that if Ireland joined the EEC then this profit would be seen as subsidy and would not be allowed.  They called in the consultants McKinsey & Co.
£60,000 later, and with a typical 1970s-era delay until 1975 just in time for a common European transport policy, CIE took the advice and got rid of the word  ‘profit’ by putting in a zero in the profit box while they simultaneously dropped some charges and introduced  a new charge, happily called an “administration charge”.
For many years the charge was  13% of the costs of running the scheme. The 13% figure is derived in what now seems a strange way, as follows. In its  report  McKinsey – in the 1970s remember, said “of every £1 of provincial bus passengers’ revenue, 11.4 new pence goes to the subsidisation of the railways…” CIE rounded it off to 13%, yielding the figure in the bill they gave to the Department for the Scheme in 2012. In 1986 Bus Éireann was formed when CIE was split up into three companies, but the 13% to “subsidise the railways” remained. The trains had disappeared but not the charge. Orwellian.

In 2009, new consultants, RSM Farrell Grant Sparks (FGS), were engaged and recommended an end to the percentage charge. As part of the process FGS  could have considered a previous report , by Hyland Consultants, commissioned in 1978 that told them back then that the 13% “could well be lower”.
In 2012 it was finally scrapped and replaced with a fixed charge.
In 2012 the cost of School Transport was €160 million, the highest per student in the world.  It was 50% higher per student than in Northern Ireland. Bus Éireann got paid €16.7 million directly for their administration charge but for 10% fewer children being taken to school. The severe reduction in passengers is probably caused by the introduction of new charges of up to €350 per school child per year for the use of the Free School Transport Scheme.  Bus Éireann charged the Department 9% more per child than the previous year.  According to Bus Éireann’s  annual bill-like ‘Statement of Account’ it is implicit that  the cost to the Department of the scheme   dropped by just over 1% for the financial year 2011. Nevertheless, Bus Éireann claims to have reduced the overall cost of the scheme to the State by over €25m since 2008, while increasing the number of services, particularly for children with special needs. It believes it is “the only body in Ireland with the skills, experience and capability to operate the Scheme in an effective manner”.

A Value for Money Review was published in 2011 by the Department of Education and Skills.It examined the ‘efficient and effective” implementation of the scheme. It showed that the maintenance of the school bus fleet of 500 buses used by Bus Eireann cost €1.07 per kilometre (not including the 13%) and that the standard of maintenance was in line with that of school transport bus services in Northern Ireland. No better no worse. In Northern Ireland the maintenance charges are ONLY €0.17 cents per kilometres for the school bus service. This difference amounts to some €10 million per year. Bus Éireann buses are ancient and have a value of probably €2-3,000 each yet the Department pays Bus Éireann over €20,000 per year to maintain each of them.

Over the years Bus Éireann have denied that they make a profit from School Transport. They have denied it to the EEC and the EU, they have denied it to the Transport Committee of the Oireachtas and to the Department of Education. Recently they denied it to the High Court. The Department’s Secretary General told the Oireachtas Public Accounts Committee PAC in February that “my interpretation of this would be that they are getting their costs back plus this €16.7 million they get for their costs incurred in managing it. So if they can manage it within the €16.7 million they would make a profit and if they can’t, they wouldn’t.
The Department’s Assistant Secretary, Seán O’ Foghlú. who headed the scheme conceded to PAC that the Department  does not in fact get a copy of the profit and loss accounts for  school transport.  When PAC asked for a letter of assurance from the auditors, PriceWaterhouseCoopers that  no profit is made,  Mr Ó Foghlú  said they’d see if they could oblige. Mr Ó Foghlú said it would take a week. That was in February…
The PAC chairman, John McGuinness asked if, in the event of termination of the arrangement there was a €55 million ‘disengagement cost’.  Although Mr Ó Foghlú said he was “not  aware that  there is an actual agreement  in place”, in fact the Department did agree a €55 million termination charge with Bus Éireann and told the Department it had done so.

The “contract”, to quote Bus Eireann’s own Annual Report, has been running for 45 years. It  has never been put out to public tender. The Department of Education has never examined the profit and loss accounts for school transport. The auditors, PriceWaterhouse-Coopers rely on the Directors of Bus Éireann to supply them with the honest and correct numbers on the allocation of costs before signing off on the annual ‘Statement of Account’ which is in fact an only partly-audited bill.

It should be remembered that the Department’s record is not ONE of  prudence when spending public money. It financed other infamous state institutions such as the Industrial Schools, the Magdalene Laundries educational  institutions  considered in the Ferns Report. The public has a right that the Department of Education to do its job properly – not cover up.
The overpayments in school transport are colossal at some €24 million per year.

It appears that the School Transport scheme is run for the benefit of Bus Éireann and its employees, before any consideration is given to the needs of school children.
The Department of Education and Bus Éireann were recently challenged in court to put this OLD contract out to public tender. They refused and, like guilty school children, told the court – among other things that:

“It is not a contract…we do not make a profit”…”there are no termination provisions” … “Bus Eireann engages in tendering for each subcontracted school bus route”… “it is the opposite of a normal commercial transaction”…The Department “exercises over“ Bus Éireann “a control which  is similar to that which it exercises over its own departments”…  “there is no cross subsidisation”… “We do not seek to make a profit…we are not caught” . “it is a non-profit-making contract and therefore it is not a contract”… “Student Transport Scheme Ltd (STS) have no interest in the contract… STS Limited couldn’t do it even if it went to tender”… Bus Éireann ‘knows nothing’ of a court case (some four weeks after the Department of Education and Skills was served with proceedings.
It appeared the lawyers for Bus Éireann  had never seen the separate management profit and loss accounts for school transport and so are not really in a position to say there is no profit.

The Department of Education and Bus Eireann won the court case in October 2011, partly because not all relevant evidence was before the court. Not long afterwards, documents began to appear such as one showing the significance of the FGS report that encouraged the Department to look for a €3 million discount on the Scheme (not disclosed), the existence of a Department report that showed the €55 million termination cost  (not disclosed) and a number of Department reports for the Department of Finance that described the Scheme as a contract (not disclosed).
The Appeal will be heard sometime in the next 50 months. Along with the €245,000 already paid to the High Court STS is facing a call for €200,000 more for the Supreme Court appeal. Nearly half a million Euros and not an inch closer to the real truth. This author is about to file his defence in a defamation case Bus Éireann has taken against him for what it says are allegations of bullying, bribery and bias in the administration of school transport and for what it says is an allegation of Bus Éireann misleading the courts.

Meanwhile, IC Bus – a potential shareholder in the tender company, famous for designing the unique yellow buses –  is building a school-bus-manufacturing facility in China when they might have constructed it in Ireland creating up to 2500 jobs.
The Irish Bus operators, as John McGuinness TD put it, “are being bullied off the field by Bus Eireann”.
As Enda Kenny said recently “Ireland is open for business”, though closed in this case to competition.
Tim Doyle is Managing Director of Student Transport Scheme Ltd (STS), a consortium made up of Irish bus operators and American bus companies taking a legal case against the State over its failure to put the country’s school bus network contract out to tender.