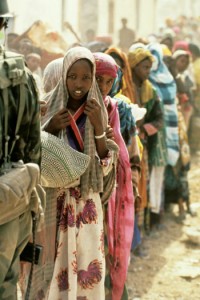 Global aid to developing countries is less than the $160bn lost annually by them to tax dodging by multinationals.
Sorley McCaughey

Every year, the world’s poorest countries lose billions of dollars in potential revenue through the tax dodging of unscrupulous multinational companies (MNCs). For example, between 2005 and 2007, Ireland contributed €95million to Mozambique, but in the same period €18.21million was lost in tax dodging. Abusive transfer pricing and false invoicing alone cost them $160 billion each year, according to Christian Aid estimates.

These figures dwarf the total amounts provided in global development aid each year, and far exceed any estimates of what would be required to attain the Millennium Development Goals. This is money that could be spent on basic services – health, education, infrastructure etc. Indeed it is money that, in the long-term, has the potential to move countries away from a reliance on aid to a more sustainable and predictable source of income – legitimate tax revenue.

Abusive transfer pricing occurs when related companies – subsidiaries of the same parent company – deliberately inflate or deflate the value of transactions in order to minimise their tax liability in a country. For example, 5000 tonnes of bananas were exported to the US in 2009 at a price of $0.20/ kilo, when the arms’ length price (or agreed market price) was $0.85/kilo.

False invoicing, for its part, occurs when two unrelated companies agree on a bogus price for a commodity being sold between them with the effect of minimising tax liability. The profit accrued can then be split between them.

Apart from being morally reprehensible, this clearly flies in the face of the international development approach.

But this is not just a development issue.

There are implications for the Irish Government in terms of the coherence of their policy agenda. Irish Aid is committed to ensuring that the actions or policies of other institutions do not negatively impact on its work. When the international regulations that govern multinational activities (which the Irish Department of Finance has a role in formulating) facilitate this, the incoherence at government level is contributing negatively to the plight of millions of poor people around the globe. In addition, Irish people have a right to expect – particularly at a time when every cent is being watched- that their money that is being spent overseas is not being undermined by other government departments’ inaction.

So what should be done?

The first is a requirement for MNCs to report their profits on a country by country basis – not only a global consolidated profit figure. Such information would be invaluable to countries (and not just poor countries) in identifying where possible cases of abusive transfer pricing have occurred.

Secondly, civil society is calling for tax information to be exchanged automatically between jurisdictions. Existing bilateral tax information exchange agreements have failed to achieve the transparency needed to identify those companies and individuals who hide money in offshore tax havens. The burden of proof on those countries requesting information is so great that even wealthy countries have found them to be ineffective. Only a global agreement on a multilateral automatic information exchange will deliver the transparency that poor countries need to start clawing back the billions they are owed in tax.

Thirdly, and critically, it is crucial to respond to the capacity needs of countries’ tax authorities, oversight bodies such as parliaments, and audit institutions – to process and act on the information that becomes available to them. Irish Aid is already carrying out important work in this area, but more needs to be done in the international tax arena where key decisions around financial regulation are made.

In a way, campaigners on this issue are riding a wave of opportunity brought about by the recession and the associated demands for greater financial transparency. There is a recognition now that the characteristics that have contributed to crippling the Irish economy – light touch regulation, a lack of financial transparency and tax arrangements skewed in favour of the wealthy – are the ones that have allowed unscrupulous companies to shift billions out of developing countries. It can no longer be acceptable for profit to be pursued without regard for the negative social consequences for millions of ordinary people around the world. The results of such behaviour are all too evident both in Ireland and the developing world.