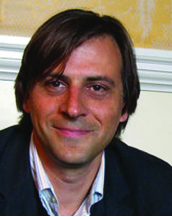 Weeks after the Croke Park talks about public-sector reform and Ireland’s Policy Kindergarten is still agitated by cuts in Government expenditure. The logic of arguments from the likes of Tasc, the Irish Times, and an army of Union-employed ‘economists’, is perverse: ‘In order to get the economy back on track, we need to borrow more and spend on public services and wages’.

There are three basic reasons  why stimulating the Irish economy though increased public spending won’t work in current conditions – even in theory, let alone in practice. These are: the structural nature of the fiscal crisis we face, the size of the debt we face, and the lack of evidence that stimulus can work in a country like Ireland.

► Structural deficits
Economists distinguish two types of deficits: cyclical and structural. The first type of deficits occurs when a temporary economic slowdown leads to an unforeseen decline in revenue and acceleration of certain components of spending (e.g. unemployment insurance and social welfare). By its definition, the cyclical deficit will be automatically corrected once the economy returns to its long-term growth path.
In contrast, structural deficits arise independently of   short -term changes in economic growth. They are the outcome of unsustainable increases in permanent spending and/or declines in the long-term growth potential.

In the case of Ireland, both of the latter factors are at play. Estimates of the extent of structural deficits carried out by the likes of the IMF, the OECD, the European Commission, the ESRI and independent analysts range between one half and two thirds of the 2009 General Government deficit, or 7-9.5% of GDP.

Reckless expansion of Government spending in the period 2001-2007 is the greatest cause of these – not the collapse of our tax revenue. In the meantime, our economy’s long-term growth rate has declined from the debt-and-housing-fuelled 4.5% per annum to a Belgian 1.8% per annum.

In 2000, the General Government Structural Balance stood at roughly -0.5% of GDP. By 2008 this has fallen to almost -11% courtesy of massive permanent staff increases in the public sector, rises in welfare rates, an explosion in health spending and creation of a gargantuan army of quangoes and supervisory organisations.

Take one example. Currently, the Financial Regulator (CBFSAI) is paying on average €144,000 per annum in wage and related costs for its staff of 400 (shortly to rise to 700). Per average Irish taxpayer the cost is 88% greater than in other EU countries. Yet, CBFSAI has roughly half the responsibility or work load per employee when compared to our peers. Of course, given the body performance over the last 10 years, you might as well have cut their staff down to one receptionist with an ‘Approved’ rubber stamp and an answering machine with a ‘No Comment’ message.

Forget, for a second, that most of this expenditures represented pure waste, delivering nothing more than top jobs for friends of the ruling class, plus scores of jobs for public- and quasi-public sector workers. Between 1981 and today Ireland has recorded not a single year in which the Government structural balance was positive. Windfall stamps-duty, VAT and capital -gains -tax receipts over 2001-2007 have masked this reality, as Goldman -Sachs -structured derivatives masked the reality of Greek deficits.

► We are not getting any better
Over recent months, the Government has been eager to ‘talk up’ our major selling points. Ireland, it goes, is a country with stabilised public finances and a low debt-to-GDP ratio.

In March, Eurostat and the bond markets exposed the lie behind the ‘stabilized public finances’ story. It turns out our Government has decided to sweep under the carpet billions of Euro it borrowed in 2009 to recapitalise Anglo. Courtesy of this, our deficit for 2009 was revised to a whopping 14.3% of GDP – topping that of Greece.

But Irish General Government deficit this year is expected to come in between 11.7% and over 12% of GDP, depending on who is doing the forecasting – the Department of Finance or the ESRI. And this is before we factor in the March 2010 statement by the Minister for Finance, promising over €10 billion for the banks this year. This means that, as the rest of the world is coming out of the recession, our fiscal deficit for 2010 is expected to either match or exceed the revised level achieved in 2009. Some stabilisation.

Irish Government debt is expected to reach 78-82% of GDP by the end of 2010 – on a par with the Eurozone’s second sickest economy, Portugal. With Nama and bank recapitalisations factored in, Irish taxpayers will be in a debt hole equal to between 117% and 122% of GDP by 2011 and to 137% by 2014. At the point of the Greek debt implosion last year, Greece had second highest debt to GDP ratio in the EU at 117%, after Italy with a massive 119%.

In short, the current crisis-management approach by the Irish State is going to cost every Irish taxpayer in excess of €117,000 in added tax liability. Neither Iceland nor Greece comes close.

► Economy on steroids
Still think that we should be stimulating this economy through more borrowing?

Take a look at the private sector debts. In terms of external debt liabilities, Ireland is in a league of its own amongst the advanced economies. Our overall debts currently are in excess of the critically high liabilities of the Heavily Indebted Poor Countries (HIPCs) to which we are sending intergovernmental aid. And rising: in Q3 2009, our external debt liabilities stood at a boggling USD 2.4 trillion, up 10.8% on Q3 2007. Of these, roughly 45% accrue to the domestic economy – more than six times our annual national income.

Ireland’s share of world debt is greater than that of Japan and more than double that of all BRICs (Brazil, Russia, India, China) combined, once IFSC companies are included. Over the next 5 years, the entire Irish economy will be paying out around €206,000 per taxpayer in interest on this debt. Adding more debt to this pile is simply unimaginable at any stage, let alone when the cost of borrowing is high and rising.

These figures show that the main cause of the current crisis is not the lack of liquidity in the system, but an older-fashioned problem, insolvency.

This problem is directly related to the actions of the Irish state. Over the last decade, there was a nearly 90% correlation between the average increase in Irish tax revenues plus the rate of economic growth on the one hand and the expenditure growth on capital and current spending on the other. In effect, thanks to the ‘Boom is getting boomier’ Ahern/Cowen team Ireland had two bubbles inflating next to each other – a private-sector borrowing bubble and a public-sector spending one. Government’s exuberant optimism, cheered on by the grinning Social Partners – the direct beneficiaries of this ‘fiscal policy on steroids’ approach – explains why during Brian Cowen’s tenure in the Department of Finance, the Irish structural deficit doubled his predecessor’s already hefty increases.

But what underlay the glossy Exchequer reports was the old-fashioned pyramid scheme. Some got rich. Temporarily, we had an army of politically-connected developers and bankers stalking the halls of premier cars dealerships and property auction rooms.

An entire class of public employees reaped massive dividends in terms of shares in privatised enterprises that accumulated in their pension plans. Benchmarking, lavish pensions and jobs security were cherries on top of the cake. Managers in public companies got dramatically increased pay and a permanent indemnity against competition through a regulatory system that was all but a client of their semi-state companies. From our hospital consultants to our lawyers, academics and other professionals – a large army of state-protected, often internationally uncompetitive professional elites collected state-subsidised pay so much in excess of their real productivity that we became the subject of diplomats’ jokes.

Our state’s response to this was telling. Just as the country was borrowing its way into insolvency, our Government gave billions in aid to developing nations. That was the price our leaders chose to pay to feel themselves adequate standing next to Angela Merkel and Nicolas Sarkozy at EU summits.  , Brian Cowen still sends hundreds of millions of our cash to aid foreign states and has recently decided to commit €500 million – half the amount he clawed out of ordinary families through income levies – to the Greek bailout package.

► Economics on Steroids
Still think more state-centred economy is the solution to our problem?

Irish economists, primarily those affiliated with the Unions are keen on talking about the ‘positive multiplier’ effect of deficit-financed stimulus. Sadly for them, there is no conclusive evidence that borrowing at 5 percent amidst double-digit deficits and ‘investing’ in public services does any good for the economy.

First, one has to disregard any evidence on fiscal stimulus efficiency coming out of the larger states, like the US, where the imports component of public and private expenditure is much smaller than in Ireland. The US estimates of the fiscal stimulus multiplier also reflect a substantially lower cost of borrowing. Even if Ireland were to replicate US-estimated fiscal stimulus effects, the higher cost of our borrowing will mean that the net stimulus to Irish economy will be zero on average.

Second, international evidence shows that for a small open economy, like Ireland, the total fiscal multiplier effect starts with a negative -0.05% effect on economic growth at the moment of stimulus and in the long run (over 6 years) reaches a negative -0.07-0.31%. Add the cost of financing to this and the long-term effect of the deficit-financed stimulus for Ireland will be around -2.3% annually.

Third, no one on the Left has the foggiest what the new spending should be used for. Simply giving borrowed cash to pay the wage bill in the public sector would be unacceptable by any ethical standards. Any investment that is bound to make sense would have to focus on our business centre – Dublin, where the infrastructural deficit is most acute and   demand greatest. Alas, this will not resolve the problem of collapsed regional economies. Pumping more cash into the ‘knowledge economy’ without actual knowledge of the exigencies of entrepreneurship  is adventurist even in times of plenty.

In short, the idea that expanded deficit financing will generate any real economic economic recovery is like arguing that pumping steroids into a heart attack patient will help him run the marathon.

Ireland needs adjusted thinking and reform. It should start with significant rationalisation of expenditure and follow it with a more deeply-rooted revisiting  of the ethos and objectives of our public sector.

Ireland also needs a significant deleveraging of what is a basically insolvent economic structure. This too requires, amongst other things, a significant reduction in overall public spending. Far from ‘borrow to spend’ policies advocated by the Left, we need ‘cut to save’ policies that can, with time, yield a permanent increase in the national savings rate, productive private investment and improved returns on education and skills.

Otherwise,   our college graduates may as well receive vouchers for one-way tickets out of Ireland with their degrees, underwritten by Tasc, the Unions, the Irish Times and, presumably,  Village magazine.