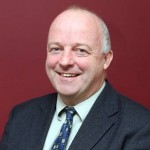 Government cutbacks are now dominating reality for 19,000 organisations in the community and voluntary sector which had contracted by 15% by the end of 2010 and is expected to have contracted by 35% by the end of this year. Government expenditure, down 2.8% generally, is down an extraordinary 48% for such groups: which deal with issues from health to social housing, from the environment to sport and culture. Philanthropic support is also reducing for them. One Foundation and Atlantic Philanthropies are spending down their funds and will leave the scene over the next four years. This will leave an annual 160 million hole in the funding available to the  sector.

Government appears to be working with philanthropic organisations to come to the rescue. Given the established context of  philanthropic cutbacks and spend-downs it seems an unlikely white knight. The Government reconvened the ‘Forum on Philanthropy’ as a ‘Forum on Philanthropy and Fundraising’ with Frank Flannery as chair. The Forum reported last year and is currently working to effect its recommendations.

The responsible Minister, Phil Hogan, stated that he reconvened the Forum because “I believe that Philanthropy and Fundraising can play a critical role in driving additional investment in the not-for-profit sector in Ireland”. This belief in public philanthropy and fundraising is not surprising given the manner in which his Department has reduced its funding for them.

His concern for the not-for-profit sector appears to have limitations. He did not appoint any representatives from the community and voluntary sector to his ‘Forum on Philanthropy and Fundraising’. The Forum is made up exclusively of representatives of Government Departments and of philanthropic organisations. The relationship between philanthropy and Government seems to grow ever more intense as it gets ever more exclusive.

Where then are philanthropy and Government going? The big proposal is a ‘National Giving Campaign’. This initiative is to increase “private giving” by 10% each year, through a publicity campaign costing 12.5 million over two years, to be funded jointly by Government and philanthropic organisations. So that’s one way the Government funding cut back from community and voluntary organisations is being redeployed.

The central strategy of the Forum is to target “[the inevitable] high-net-worth individuals, business, and the general public”. It suggests that “the campaign would be positioned as part of a movement for national renewal and restoration” with one outcome being to “instill a culture of giving into Irish society”.

The jargon-heavy rhetoric is overblown and the timing hardly seems promising to instil “a culture of giving”. Of more concern, though, must be the potential for such a campaign to compete for resources with the very sectors it seeks to assist. A robust community and voluntary sector representation on the Forum might have resulted in a different approach.

The big idea to fill the 160 million Atlantic-Philanthropies-and-One –Foundation-shaped hole is the creation of a ‘Social Innovation Fund’. Revealingly, this is also referred to as a ‘Social Venture Fund’ in the report.

This recommendation reflects a very particular model of philanthropy. It is social-enterprise based. It provides “growth capital – not working capital” to enable social entrepreneurs to “upscale” their activities. The inevitable close ties with Government are laid bare where the report suggests that, with such a Fund, “the government leverages its own funds and can align philanthropic funds with its own priorities”.

The Forum report notes: “The SVF (Social Venture Fund) is a model of government and private sector collaboration to tackle the problems that Ireland faces today”. Representation from the community and voluntary sector might have resulted in partnership between the sector itself and philanthropy, instead. An engaged community and voluntary sector – unlike ‘social entrepreneurs’ might challenge the politics of austerity.

Philanthropy needs to take new directions, develop new partners and offer new opportunities for social change if it is to be relevant to the position the community and voluntary sector finds itself in now. The direction offered by the Forum is, instead, a jaded dead-end.