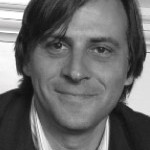 The events of the last few weeks show that the Irish Trade Unions are in existential and psychological crisis.

First, the crisis of identity, best epitomised by the conclusion of the Croke Park 2.0 deal in which the Unions once again traded the interests of their future members – the younger public-sector workers – to preserve the privileges of their current and past members. This is hardly surprising. Over the last fifteen years, the Unions and their leadership have become firmly embedded in the corporatist structure of the Irish state. Self-serving, focused on their immediate membership and concentrated in the least productive sectors of the economy, the Unions have focused on their pay cheques rather than their relevance to our changing economy and society.

Unions had no problem with rampant cost inflation in health insurance and health services, energy, transport, and education

Second, the crisis of amnesia. In recent weeks, the Irish Trade Unions have blustered on about the centenary of the 1913 Lockout. Throughout the crisis, the very same Unions have been vocal on the usual topics of fairness, austerity and protection of frontline services. Yet, all along, Liberty Hall has attempted to sweep under the rug its principal role in helping the Irish state to polarise and pillage society and the economy during the Celtic Tiger era, in part facilitating our national insolvency. Promoting the narrow interests of the state and private sector elites, Social Partnership (including the two Croke Park agreements) assured board representation, funding and other pathways to decision-making for Unions. This power was deployed consistently to reduce accountability in the public sector and semi-state companies. As the money rolled into the unionised sectors of the economy, the Unions had no problem with rampant cost inflation in health insurance and health services, energy, transport, and education. The interests of their own members were always promoted ahead of the interests of society at large. Thus, today, in an environment of reduced incomes and high unemployment, with hundreds of thousands of households in severe financial distress, Liberty Hall sees no problem with state-generated inflation in state-controlled unionised sectors.

Ironically, the Irish Trade Union movement has been travelling along the same road as Anglo Irish Bank: reducing their scope of competencies, their reach across various social, demographic and economic groups, and focusing on a singular, medium-term unsustainable objective. Where Anglo, post-2001, became a monoline bank for funding speculative property plays, Irish Trade Unions today are monoline agencies for preserving the status quo of the division between  public and private sectors in the economy.

The failure of the Trade Union movement model in Ireland is best demonstrated by the years of the current crisis. 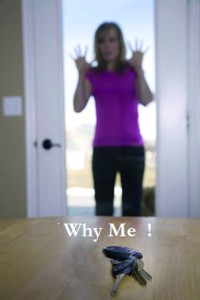 In the current economic recession Irish Government policy, directly and indirectly supported by the majority of the Unions’ leaders, has been to shift the burden of the economic adjustment to younger workers in both private and public sectors, indebted Irish households, and consumers. Liberty Hall’s clear objective has been to retain, at all possible costs, the protected pay and working conditions for incumbent full-time employees in the public and semi-state sector. Grumbling about ‘low-paid public-sector workers’ aside, Unions have consented to the creation of two-tier public-sector employment with incumbent workers collecting the benefits of job security and higher pay, and the incoming workers collecting lower pay and virtually no promotion opportunities. The very same Unions are now acting to preserve, at huge cost to the economy, unsustainably high levels of employment in our zombified banking sector.

Headline figures clearly show that Unions protect the pay and working conditions of public-sector employees. Average weekly earnings in Ireland fell 2.7% between 2008 and 2012 in the private sector, but only 1.1% in the public sector. Over the same period, the dramatic pay gap between public and private sector has risen from 46.1% to 48.5%.

But the reality is much worse than that.  Between 2008 and 2012, numbers in employment in the private sector have fallen 14.7% compared to less than 8.9% in the public sector. Within the public sector, the largest losses in employment took place in Defence (-20% since 2008), Regional bodies (-15.4% since 2008), Semi-State bodies (-10.1% since 2008). No layoffs or compulsory redundancies took place. All of the adjustments came through natural attrition and cuts to contract and temporary staff.

In simple terms, the Machiavellian Croke Park deals have meant that Irish public sector ‘reforms’ were neither structural nor progressive in their nature. These ‘reforms’ do not support the long-term process of realigning the Irish economy to more sustainable growth.

Lack of layoffs and across-the-board shedding of temporary and contract staff have meant that the public sector in Ireland cannot link pay and promotions to real productivity differentials. This was further compounded by the Croke Park 2.0 agreement. The ‘shinier the pants, the higher the pay’ principle of rewards has now been legally enshrined, re-labelled as a ‘reform’ and fully protected at the expense of younger, better educated and potentially more innovative employees.

Such a system of pay and promotions means that the quality of applicants for jobs in the public sector is likely to decline over time, with more employable candidates opting elsewhere.   This ‘selection bias’ effect will strengthen as the economy starts to add private jobs in the future recovery.

Meanwhile, according to the EU-wide KLEMS database, when it was most bloated –   in 2007- the labour productivity of  Ireland’s public sector was already running at below 1995 levels. In Public Administration and Defence labour productivity stood at below 86% of 1995 levels, in Education at 80% and in Health and Social Work at 95%. In contrast in Industry, labour productivity in 2007 was 153% of 1995 levels. The ‘technological innovation intensities’ of these sectors is analogous. Public Administration, Education and Health all posted declines in productivity associated with new technologies compared to 1995 of 17-30% against an increase of 8% in Industry and 20% in Manufacturing.

If Irish public-service productivity fell in the era of big-ticket capital investment programmes, what can we expect in the present environment of drastically reduced investment? Unfortunately, we do not have data beyond 2007 to provide such an insight. But the most probable answer is that stripping away ostensible productivity gains – recorded due to higher current spend on social-welfare supports being managed by fewer overall state employees – plus the productivity growth arising from reductions in employment, there has been little or no real same-employee productivity gain in the public sector.

Even the ‘cost reduction’ measures enacted in Budgets 2010-2012 suggest that during the crisis the Irish public sector was shedding, not adding, responsibilities. Much of the reduction in services was picked up by private-sector payees and providers. This too implies that the actual productivity in the public sector in Ireland has probably declined during the years of the crisis.

Marking the centenary of the 1913 Lockout, the Irish Trade Union movement needs a serious and deep rethink of both its raison d’être and its modus operandi. Otherwise the movement risks being locked out of society itself as the irrelevant and atavistic remnant of the Celtic Tiger and Social Partnership.

Liberty Hall must shake off the ethos of its corrupting proximity to state power and re-discover its grass roots. It will also need to purge completely the legacy of Social Partnership and embrace a new base within the workforce and society at large in order to outlast the rapidly advancing retirement age of its members. Unions should think hard about their overall role in society to better balance the interests of members against the needs of the country and the reality of the new economy.

Irish society needs  strong and ethically-underpinned Unions as the guarantors of  rights of association and contributors to policy dialogue. What Ireland does not need is another layer of quasi-state bureaucracy insulating protected elites and sectors from the pressures of a competitive, technologically-modernising and youthful, small, open economy.