Ronan Burtenshaw argues that now is the time to start discussing alternative political and economic unions for Europe. 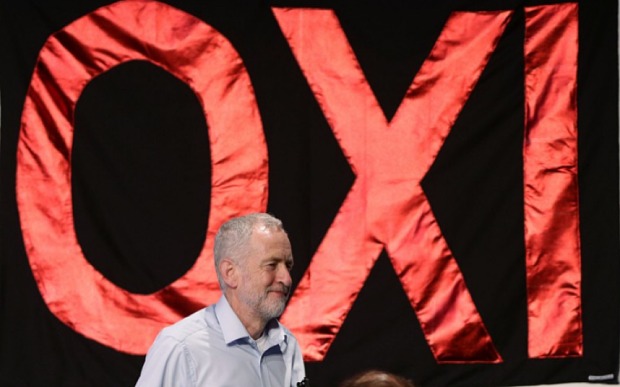 2015 has been a year when a decade has happened for Europe’s Left.

In just a few months we have seen the election of SYRIZA, the unprecedented crisis in Fortress Europe and the election of Jeremy Corbyn as British Labour leader, not to mention the municipal victories in the Spanish state and the development of Right2Water into Ireland’s largest ever social movement.

Further developments are promised in the cascade of elections to come in Europe’s periphery.

But, as we welcome the opportunities that have opened up, we should acknowledge the paths that have closed. Most prominently, the defeat of the Left government in Greece has raised serious questions about the way forward for our growing movement.

One of the fulcrum points for this debate is the European Union, which was so important in determining the prospects of SYRIZA. Europe’s Left has been divided on this question for some time – the majority faction saw the EU as a site of struggle which could be won and turned to progressive ends, the minority saw membership of it as an insurmountable obstacle to anti-neoliberal strategy.

Both camps had valid bases for their position. The majority, which includes the leadership of most of Europe’s radical Left parties, argued that globalised capitalism could not be effectively challenged by a nation state. The minority argued that the European Union was irredeemably pro-capitalist.

In the end, the Troika used these two poles as a binary to entrap the Greek government. We now know that the price for remaining in the European Union and euro is accepting austerity and post-democracy. But the only alternative proposal has been unilateral exit and facing international capital alone. The Greek people, finding neither option attractive, are likely to punish the Left in the forthcoming elections.

But this binary – false internationalism or a return to the nation state as the only paths out of neoliberalism – is not only a problem for Greece. In the other states of the European periphery such as Ireland and Spain it places severe limitations on the prospects of growing left-wing movements. In Britain, with the new possibilities of a Corbyn Labour party, it creates a hugely problematic dynamic for the upcoming EU referendum, offering ideal ground for a narrow debate between the nationalist right and cosmopolitan neoliberals.

There is an urgent need for Europe’s Left to break this binary and construct a new horizon that seeks to transcend the limitations of the European Union and the nation state.   For this, we need a debate about alternative economic and political unions. 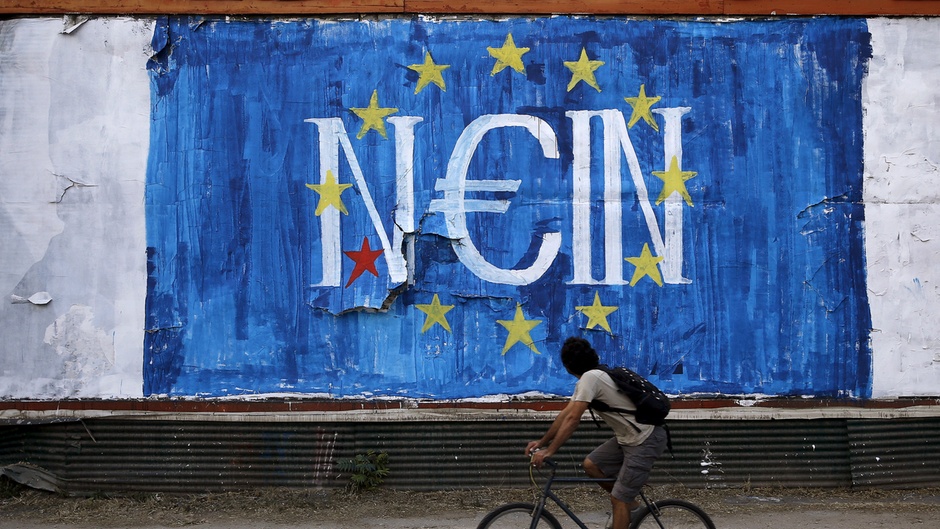 The Limitations of the European Union

A conversation about a new kind of political and economic union for Europe can begin in the limitations of the EU.

Much of the commentary about these limitations in 2015 has focused on the EU’s most important institution, the euro. One of the most right-wing currencies ever designed, coming as it did at the height of capitalist triumphalism, the euro’s flaws are well known by now. The lack of a lender of last resort, the ECB’s focus on inflation to the exclusion of unemployment, the artificially low value which allowed the German export economy to hollow out the eurozone.

But the limitations of the European Union do not begin and end with the monetary union. Nor are they simply a question of balance of forces in Europe at a particular moment. The EU structure itself is a barrier to progress for our movements.

From its inception its economic integration has followed pro-market lines, most prominently enshrined in the Maastricht Treaty’s guarantees on the free movement of capital. Its political institutions are, as political scientist Peter Mair wrote in Ruling the Void, designed to “insulate decision-making” from popular participation. Its core-peripheral divide, which has deepened since the crisis of 2008, offers little hope for development or social justice not only in the PIIGS states but in the ‘other periphery’ of Europe’s east.

Eurofederalist ideology has also proven itself an obstacle to progressive change. Once conceptualised by much of Europe’s Left as a stepping stone to internationalism, this summer it has collapsed into an ideology that can justify northern European nationalism in the name of EU institutions and be picked up as a tool to harden the line of demarcation between Europe and the rest of the world as refugees drown in the Mediterranean. 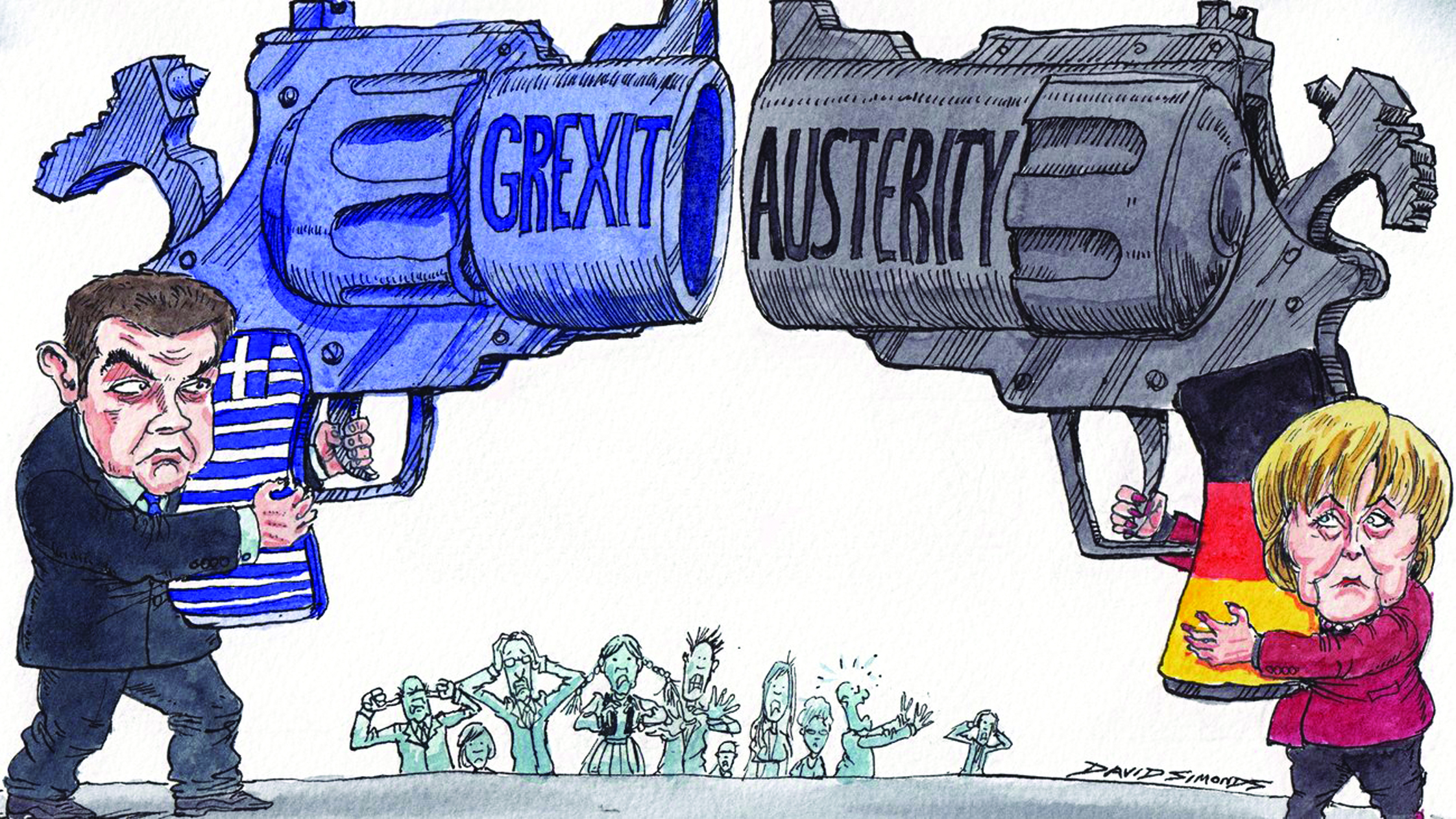 Those pursuing an alternative to the European Union, most notably recently in Greece with SYRIZA’s Left Platform, now known as Popular Unity, have tended to focus on a left-wing programme within the nation state.

As its proponents admit, such a strategy would mean a rapid acceleration of class struggle. In the Greek context it would mean the nationalisation of the banking system, the institution of a command economy in key sectors like agriculture, and large-scale expropriation of capitalists. Even if this was carried out successfully it’s likely that there would be a prolonged period of rationing, severe shortages in hospitals, and serious failures in a state machine transitioning from chronic inefficiency, clientelism and a neoliberal worldview to running the economy from the Left.

Without a source of significant funding internationally it is difficult to see how even a progressive Grexit, which presumes mobilisation and organisation of the working-class on a vastly larger scale than exists in Greece today, could avoid heavy social costs.

Accordingly, Popular Unity’s alternative to SYRIZA austerity is languishing in the polls.

But for those who think that the difficulties of such nation state alternatives derive from the specificities of Greece’s position, Ireland provides a counter example. An Irish exit could be conducted without a bailout programme and with a far stronger export base. But with the agricultural sector taking the hit of losing the CAP and new barriers to trade with continental Europe imposed by leaving the EU, it’s quite likely Irish exit would leave the island a province of Anglo-American capital.

Proposing a return to the nation state also leaves the Left open to a potent challenge from the rising nationalist Right. Conservative euroscepticism has built an effective narrative on this ground – strong nation-states as the alternative to globalisation. Its project is vastly different to ours but it will be able to rhetorically recuperate many Left interventions if this is the terrain of struggle, mixing them with racist backlash which will be difficult to counter if we must make the case for national independence. 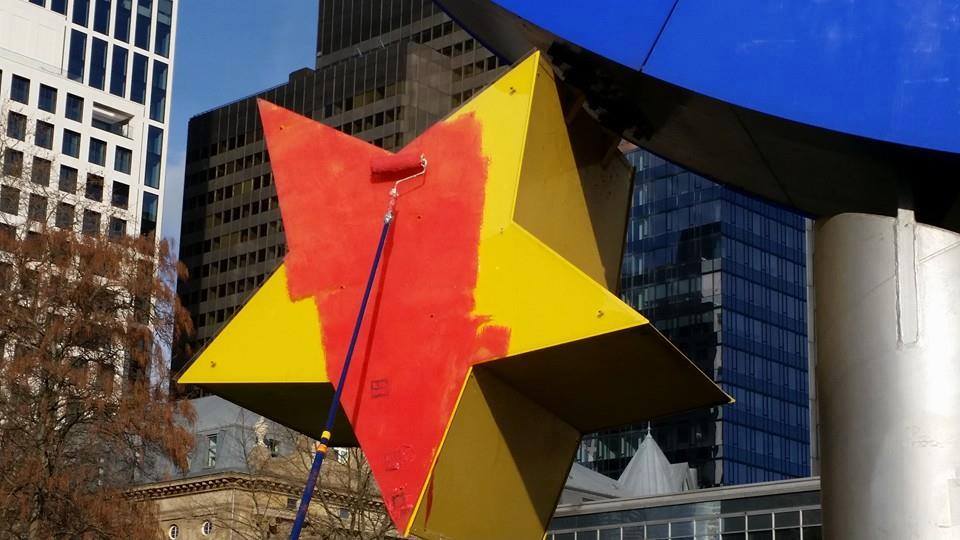 Towards Alternative Economic and Political Union

The ground has never been more fertile for a European movement. The European Union did manage to create – through harmonising forms of capitalist development, instituting free movement and, more recently, the commonalities of its crisis – to deepen bonds between Europeans. The significant mobilisations across Europe for Greece followed by the pan-European refugee movement provide evidence of this.

But how should a progressive movement in Europe conceptualise what a political refoundation on the continent might look like?

One recent example which carries useful parallels is the experience of Latin America. Since the 1990s its regional integration process has produced greater rather than lesser democracy and development, enhancing popular sovereignty, tackling poverty and providing a platform for numerous left-wing alternatives.

One lesson from Latin America is that this process has not happened all through one organisation. Rather it has been a project of differentiated unity.

ALBA, a political and economic union of the most progressive Latin American states, is based on mutual aid economics and has many parallels with the growing solidarity economy in Europe. However, it has also developed to provide challenges to the region’s right-wing media (TeleSur) and forge connections between nationalised oil companies (PetroCaribe, PetroSur) among other projects.

Mercosur operates as a customs and trading bloc, CELAC is an alternative to the US-dominated Organisation of American states which promotes regional sovereignty at a political level. Banco del Sur will be a development bank focusing on social programmes and infrastructure. There’s even the SUCRE, which is a nascent currency aiming to diminish the power of the US dollar over the region.

Such a point of departure will be essential for the debates that need to happen on the European Left about how to construct regional alternatives in trade, currency and foreign policy.

But the most important lesson of the Latin American Left is that such developments do not come from pre-ordained technocratic plans. They arise when growing popular struggles from below meet a new horizon and strategy which can unite them.

In Latin America Bolivarianism offered the prospect of a democratic, sovereign and social continent, as well as providing an anti-imperialist justification for the creation of new institutions.

For us to break the binary facing Left governments – staying in the European Union with austerity or leaving to face international capital alone – we need a new project that pits ordinary Europeans against the European Union.

Such a project can say, honestly, that another Europe is possible and is evidenced by the rising tide of progressive forces across the continent.

It can argue the internationalist case without being hamstrung by Fortress Europe or the euro, it can argue against austerity without proposing national isolation.

It can take up the mantle of the free movement of people without it being one side of a coin shared by racist and authoritarian border policies for non-Europeans.

It can look forward to a socialist economy of the twenty-first century rather than back to the nation state, aiming at democratising ownership and production on an international basis.

It can argue for an alternative political and economic union of democracy and development. A union that meets the demands of the movements fighting neoliberalism and austerity.

These are the kinds of arguments we need to be able to make in the forthcoming elections and referendums. To make them real, we need a new horizon.