Why did Britain vote for Brexit?

Britain always had a very troubled relationship with the EU, and I think the British media has either under-reported or misreported much of how the EU and EU policy works, compounding a pre-existing antipathy.

Even now there is genuine astonishment in the European Commission and in other member states and in the EU institutions, that senior British cabinet officials don’t understand how the EU works. There was never an emotional attachment to Europe for a lot of the population the way there is in other European countries. When you combine the effects of the financial crisis, the austerity agenda, the whole complex question of migration, arguments that you could give £350m a week to the NHS, it was a simple message of wanting to take back control. The Conservatives under David Cameron were pretty Eurosceptic anyway, and the deal he got from Brussels and other member states on migration was simply not enough to win over other people.

So, were you surprised?

The more I read and understood about the implications of Brexit, the more I thought that Britain would be pretty crazy to put themselves in this position economically, for trade reasons. But the closer the referendum got and the more anecdotal stuff I heard, in the end I was borderline not surprised.

Do you think that there’s any chance that that they’ll get a chance to vote to remain in the end?

At the moment, optimistic Remainers are banking that whatever trade agreement is negotiated will be put to the people in a second referendum. The problem is that if the people vote against that you will have had have five-to-seven years of negotiation by the EU sucking up a lot of political energy in the European Union and then the British voters reject it. What are they going to say? I think that every day that passes sort of consolidates Brexit. The EU is learning to live without the United Kingdom.

How do you see it playing out in terms of the single market and the customs union?

At the moment it looks as if Britain is going to have to go for a transition. If it goes to exit the single market and the customs union in a year-and- a-half’s time it will not have a trade deal in place so it is looking at a cliff edge for businesses – reverting to WTO rules that would involve tariffs in the food and automobile sectors. Then there’s the whole question of non-tariff barriers – regulatory divergence and so on. At least there is a transition so we know that the status quo will continue for two, maybe three years but still you need to know what you are transitioning to.

Economic common sense would tell you that the UK should stay in the customs union. Their biggest trading partner is on the doorstep not some far-flung dominion, but within the soul of the Tory party there is this huge ambition to have a free trading, buccaneering nation around the world. Boris Johnson was particularly infuriating for the Irish government because the Irish government were desperate to get a clear line from the British side on how Brexit would affect Ireland, and his statements frequently contradicted what they had been told the British position was, and that drove Irish officials insane.

What effect will Brexit have on Northern Ireland?

I think the impact of Brexit on Northern Ireland is potentially very grave, and we have already seen that Brexit allegiance is breaking down on sectarian lines against a background of stalemate over Stormont. If you start putting infrastructure on the Irish border it will most likely have to be securitised by customs officials and protected by the police: you run the risk of creating new targets on the ground.

Economically, the Northern agriculture sector faces grave threats through Brexit. 87% of farm incomes derive from the European Single Farm Payment and there will be significant hits on the sheep and dairy sectors. Northern Irish dairy farms produce millions of litres of milk which crosses the border into the Republic – 120 million litres in 2016 – and much of that is packaged here as infant formula. That would no longer be possible and that will be challenging.

There are two things which will make an Irish border a hard border. One is customs checks for goods that are coming into the single market from the North and the other is EU animal-health and food-safety regulations. Northern Ireland will be outside of that sphere of regulations post- Brexit, which means there will have to be checks on all agri-food products coming across the border. What the European commission is suggesting in this memo that we reported on this week was that Northern Ireland would be within an all-Ireland sphere of agri-food trade. The problem is that agricultural trade would have to be controlled on the border between Northern Ireland and Great Britain. You would have a scenario where Irish veterinary experts from the Department of Agriculture will have to check goods coming into Belfast and Larne. 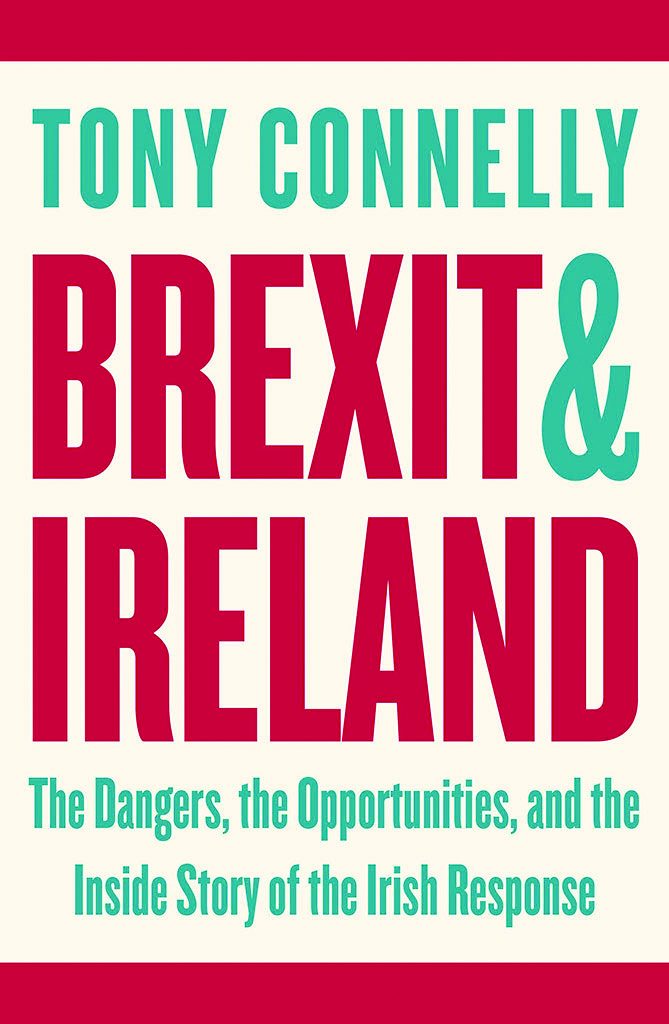 How would you rate the performance of our diplomats and our politicians?

I think the Irish diplomatic service have performed pretty well in getting Irish concerns front and centre because. We started with a readymade, intimate diplomatic relationship with the UK that was suddenly disrupted by Brexit. And they had to manage that bilateral relationship while Ireland’s posture had to change to become a European posture and that was a difficult balancing act.

How did they do it?

It was described to me as turning an aircraft carrier around. By early 2017 the rhetoric of Ireland towards the UK became a lot more angry and there is a speech by Enda Kenny to the IIEA in Dublin in March – a back against the wall speech – in which he firmly painted Ireland’s picture as having a European destiny. I think it was done by good preparation. Highly-placed officials in the European Council have told me that Irish officials were very well prepared, more than anyone else – including and especially the British. Part of that preparation was educating officials in Brussels about the peace process and about Irish history. Enda Kenny had to go around all the capitals, pulling out A4 pages with maps of Ireland.

I think Kenny was able to use his reputation in the European People’s Party to good effect. The EPP includes Merkel, Juncker, Tusk and Rajoy. It has value, it has heavy hitters. They kind of control the balance of power. To be fair I think a lot of the groundwork was done by Charlie Flanagan and diplomats in Brussels.

Furthermore, it was a help that Michel Barnier knew Ireland from as long ago as 2000, when he was Regional Affairs Commissioner.

We’ll be fairly heavily exposed. What we export, and what we import in food terms, is not the same product. It’s not the same kind of food. There is a lot of raw material that comes from Ireland, goes to the UK to get processed and comes back, or else goes further afield or indeed into the UK market, so that’s a real risk for the export side. There are people in the agri-food sector saying this is a huge opportunity for Irish food producers to fill in the gap left by British exports.

Beef is the biggest risk area because we export 270,000 tonnes of beef to Britain every year -that’s worth €2.5 billion. If there is a WTO scenario then we will get huge tariffs. Britain is a uniquely high-value market for Irish beef. The same with dairy: we send 272,000 tonnes of cheddar to the UK each year for instance, and again Britain is a uniquely high-value market.

The problem with lamb is that you have the potential for tariffs for lamb exports to the UK. At the moment New Zealand have a quota to sell lamb into the EU . Part of that goes to the UK. When the UK leaves the EU they can say “you, (EU ) take that quota”, and crash the EU market with 100,000 tonnes of New Zealand lamb. We sell most of our lamb to France, so France is the high-value market.

Mushrooms were the first big casualty – they were on the front line of Brexit. Mushrooms are low-margin, high-value goods, and most of the Irish mushroom trade goes to the UK. If you have customs checks and paperwork, you have a perishability problem right there. The first impact for mushroom farmers was the devaluation of sterling. That wiped out five companies.

What ’s going to happen immigration between Ireland and the UK, and to the Common Travel Area ?

I think the Common Travel Area is by far the easiest problem to solve, because it was there before both countries were in the EU. The European Union has a generally benign attitude towards us.

What about the border more generally – what technologies have you heard about that could be used?

What they have on the Norway-Sweden border is if you are bringing goods across the border, you have to make a customs declaration. The company will do the declaration online before the truck leaves and the driver will get a text message saying “Okay you are here – you just have to scan your papers at the border”. The kind of scenarios they’re looking at are variations on e-flow type technology. If Britain stays out of the customs union then it will have to happen. But there will still have to be checks.

What happens really comes back to the war within the Tory party. We cannot promise that the world will continue the way it was. Brexit means Brexit: there will be consequences, and there will be a price to pay.

‘Brexit & Ireland: The dangers, the Opportunities and the inside story of the Irish response’ is published by Penguin Ireland